halloween%20banner1000×300 167 KB
What’s going on Tower community? It’s time for a Halloween themed Condo Contest! You guys have 2 weeks to make something cool in your Condo and submit it here. If the PixelTail staff like it enough, you’ll earn some sweet sweet Units.

Keep in mind, we hope to have the Halloween update out soon so hopefully we’ll have some cool new items for you to decorate your Condos with.

Best of luck! If you have any questions, please leave them below and I’ll try to respond ASAP. 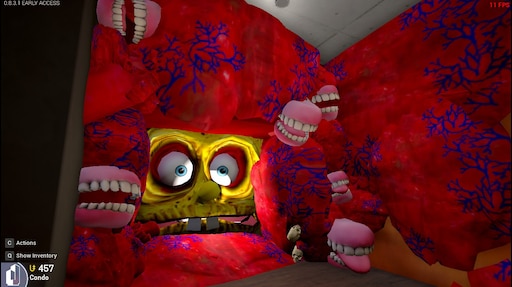 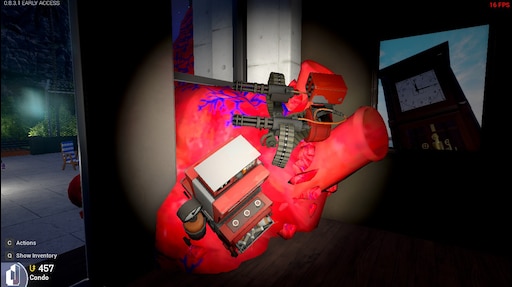 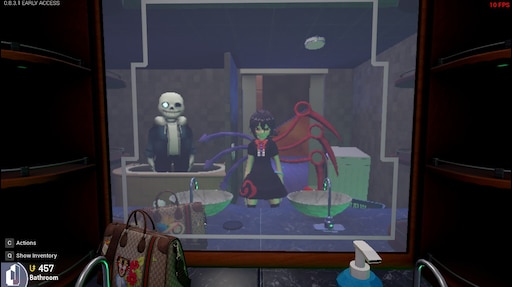 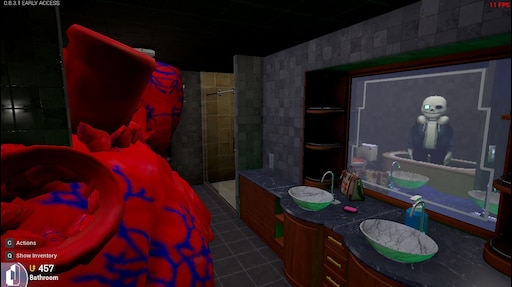 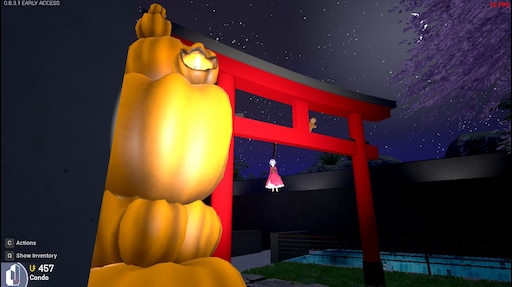 Lemme start with this contest from my first Halloween in Tower Unite.

For strange reason the flesh doesn’t reflect from the mirror.

My Halloween Condo : “Halloween Party”
My Steam Profile: https://steamcommunity.com/id/MrZarp/
I have some pics and 1 video 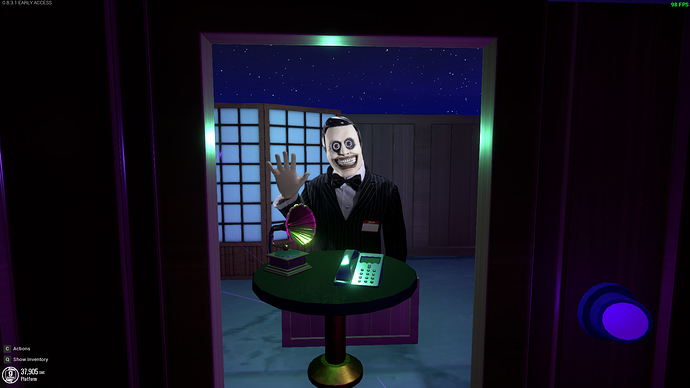 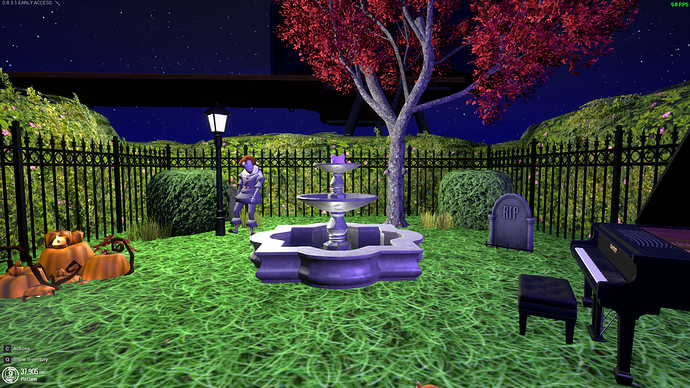 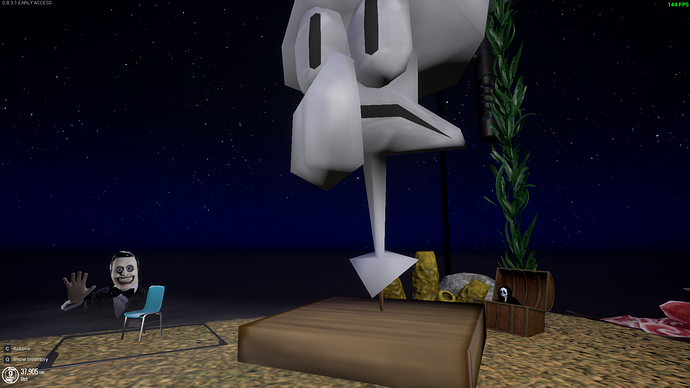 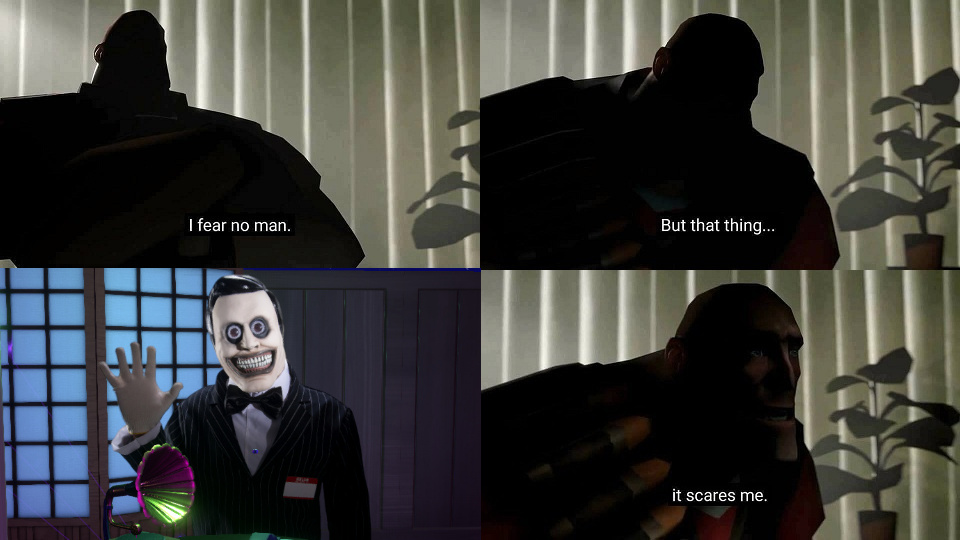 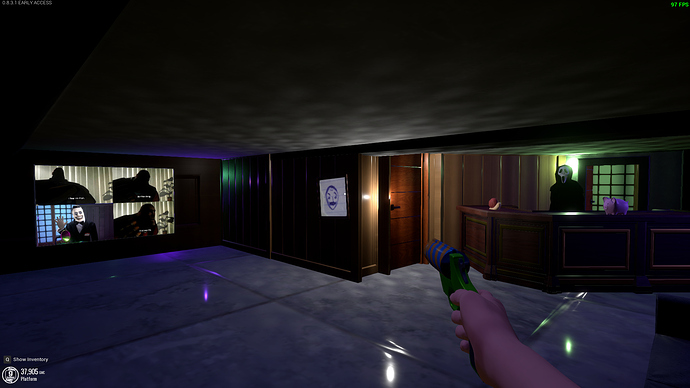 I’ll be submitting to this by the time the contest is over, but I would like to make a suggestion…

It would be really fun if all of the Halloween themed condos that have been submitted for the contest be linked to the old condo lobby if the submitted condos are online-- this would let players have a Halloween “tour”.

This idea could be taken further by specifying dates/times that tours are occurring-- and maybe even a trick-or-treat event if you give those that have submitted to the contest a special candy bucket to place in their condo during the event.

Would be super fun-- should do it.

It would be very cool if when condo servers are out, players could enter their condo in-game in a “Category” whenever contests are live. People could maybe vote in-game also

Figured I’d give a go at this, so here’s my submission:
After 30+ hours of work, an almost replica of the Five Nights at Freddy’s pizzeria!

Complete with working lights, metal doors that open vertically and security cameras that function exactly as they should.

Every single piece of trash on the floor and every drawing on the wall is in the same spot it would be in FNAF.

I also made sure to add that creepy ambiance you get in the first game, Sometimes you’ll hear deep footsteps walking through the dark halls, and if you get too close to Foxy’s cove he’ll bang on the walls.

Good luck to everyone in the contest, these entries are awesome!
Here are a few screenshots from the condo (not showcasing everything). Some are taken from the view of the security cameras. I don’t have a Chica model because I’m not sure how to rig player models and it wasn’t on the workshop.

The empty plate is due to a workshop bug, there’s supposed to be a cupcake on there as well as in the office. The button is a teleporter that sends you to the map.

unknown.png1920×1080
A secret jumpscare you receive if you interact with Freddy on stage!

I began this project after the contest started. I’m excited to see the results!
These photos are all slightly edited, only with color correction. If this is against the rules please let me know and I’ll fix it ASAP. I still have all original screenshots and I’m even willing to give an in-person tour to anyone who’d like to see it.

I’ve been making this condo for a while. The idea is an eternal neon night party populated by spooky skeletons, all of which you can talk to (They’re all fully configured, some with 20+ responses and icons). Some skeletons are creepy, some are goofy, some are depressed.
It’s got an entire movie theater, a ferris wheel, a lighthouse on top of the mountain-like thing in which a spooky skeleton called The Watcher observes (This place has spooky wind effects too). The place is messy littered with alchohol bottles, soda, trash laying around, moths, flies, fog, etc. due to the eternal partying.
Literally every place of my condo has items, some have flickering lights, there’s so much that I’m sadly unable to show everything through images.

NOTE: I edited the photos to look a bit better, mostly blur and some lights. I can provide the original unedited photos if needed! 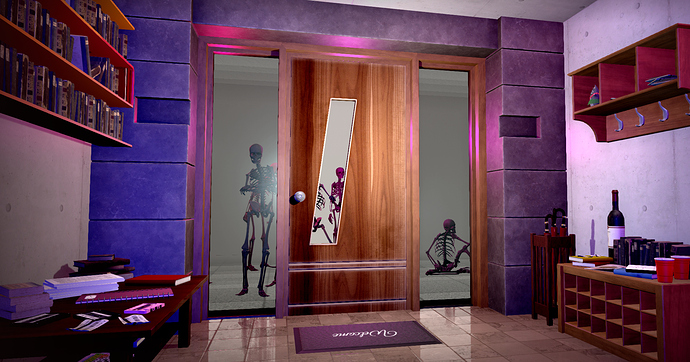 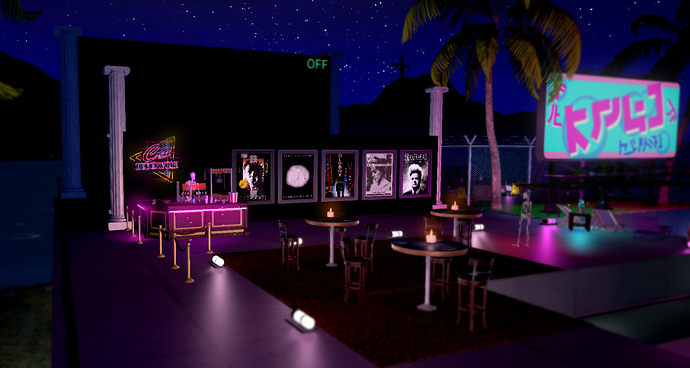 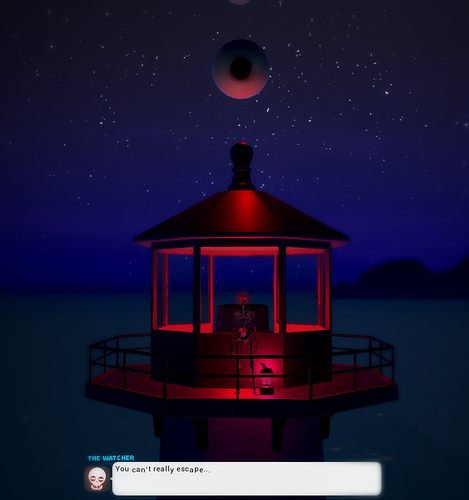 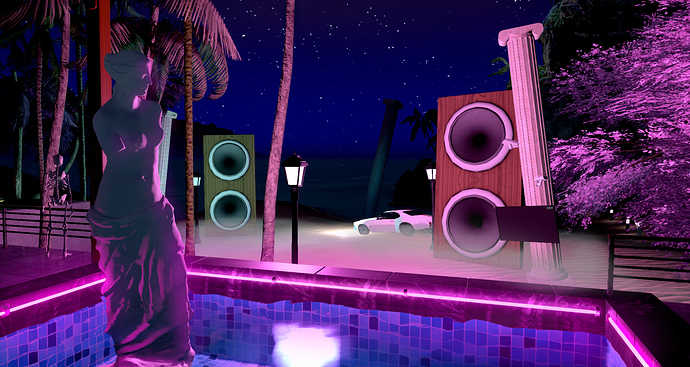 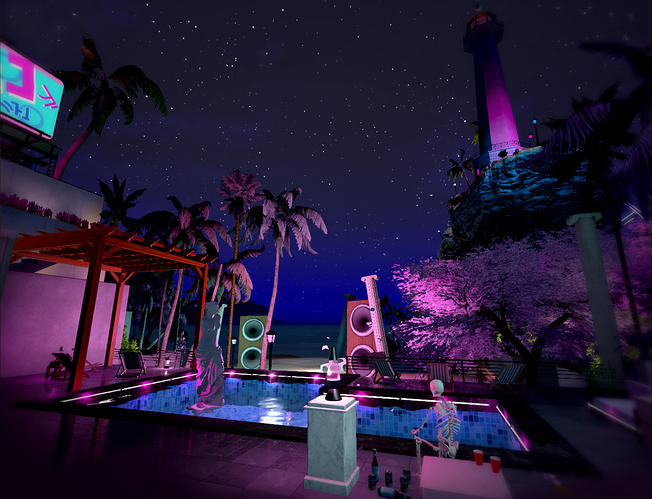 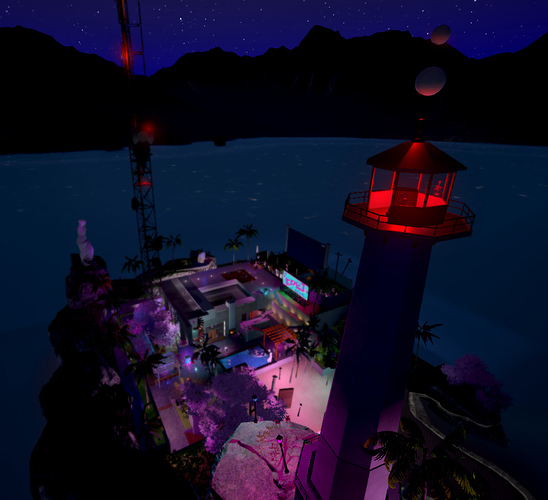 A bit late to the party, but here is my submission heavily inspired by Bloodborne. I spent around 2 days working on this piece adding any small detail that I could.
The Forbidden Grave 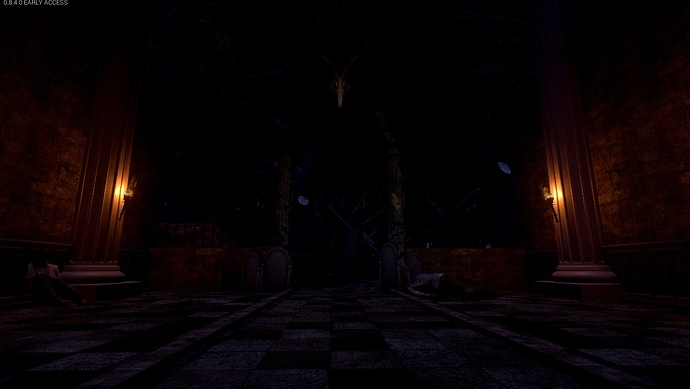 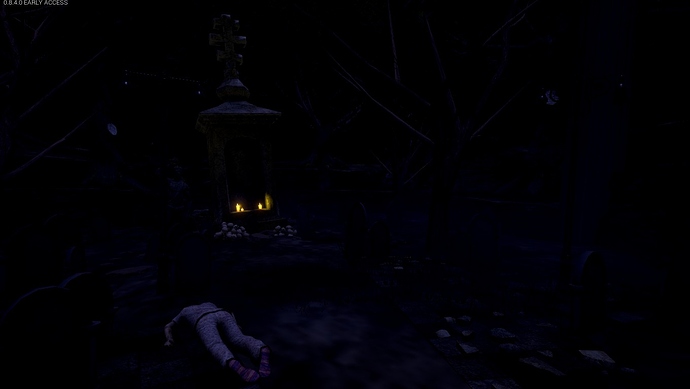 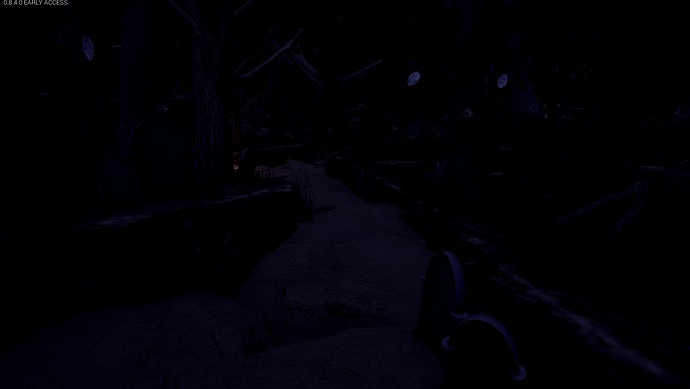 Here’s my Submission, First time i actually used my theatre, theme-ing the theatre towards a special halloween showing of movies was pretty interesting. 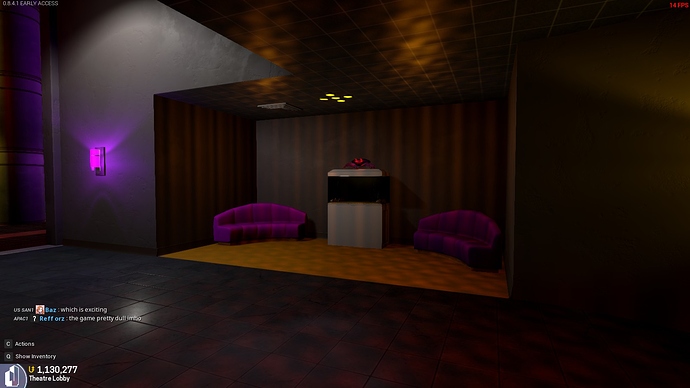 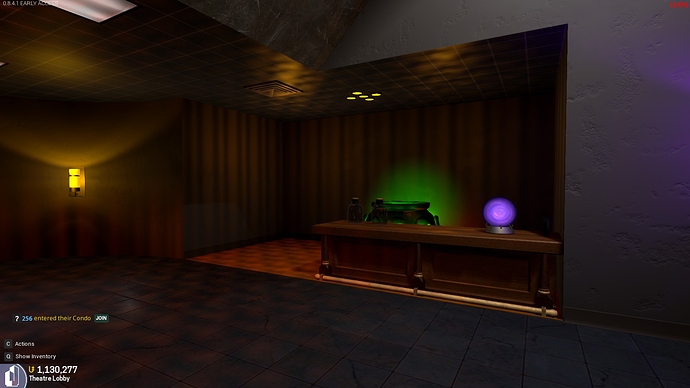 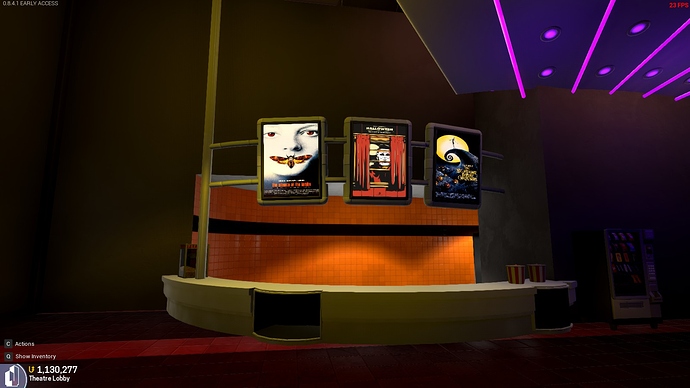 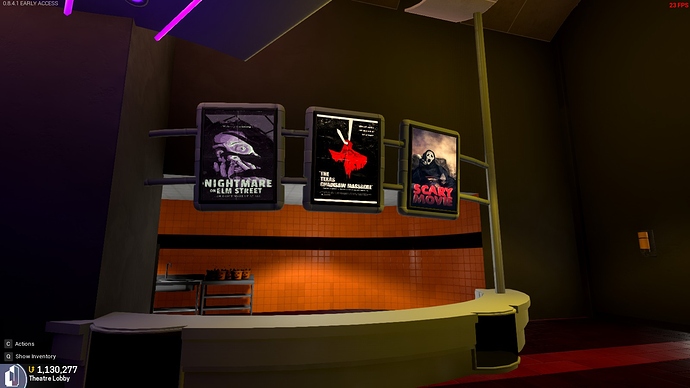 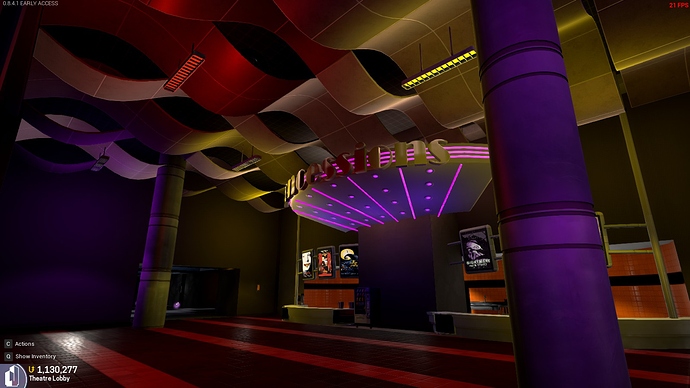 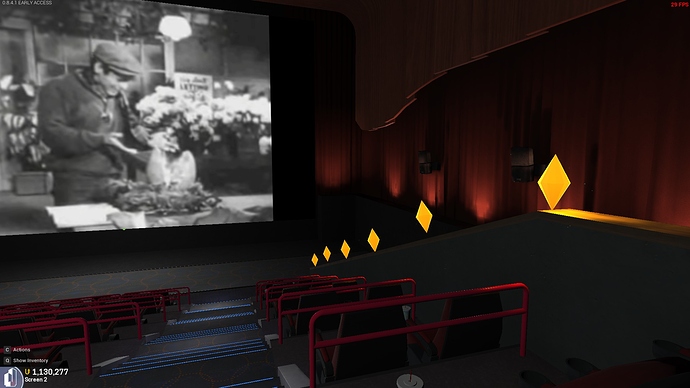 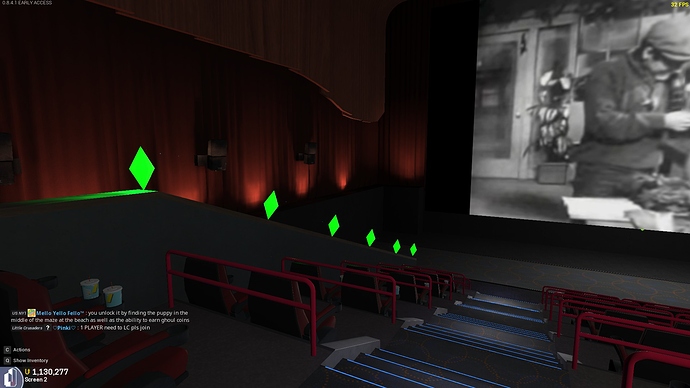 little shop of horrors was used in the theatre as it is in the public domain, and is pretty tame by todays standards

I’ve been working on this for the past few days now, hope you like it!

You’re dreaming about the castle you stumbled upon months ago. Desperately eager to enter the woods, you fall asleep as you get taken to your dreams. You end up in the Lost Forest, hopelessly lost, you find yourself in a Town. Looking around for the slightest sign of human life, you enter The Lost Castle. The Lost Castle was once a ordinary home, but it fell victim to the mist, day by night, more people disappeared without a trace. Until finally, it was lost in the darkness.

As you dive deaper into the castle, you stumble across a mirror. Suddenly, you’ve woken up

That was Pretty much all of it, hope you enjoyed it, Peace.

I had a walk around this myself, it is very spooky, amazing condo and great video too den!

You have to have started your project from scratch after the contest began, if you were working on this beforehand you’re not eligible.