Hello everyone, and welcome to the Weekly Dev Log for March 15th, 2021, detailing all the changes that have happened since March 1st, 2021. Note: Devs that don’t appear in the weekly log are not necessarily away or not doing work, but may be working on things currently not announced or backend work that doesn’t need to be detailed.

On March 5th, we released Update 0.13.5.0, which contained the new remastered Sweet Tooth art pass, as well as tons of fixes and improvements for Condo Building.

Last week, we released two hotfixes to fix issues that came up during the initial 0.13.5.0 release.

Hotfix 0.13.5.1 fixed various issues. This hotfix contained improvements to the physics simulation to make it more stable and to reduce the amount of erroneous physics simulation. It also introduced Frame Rate Smoothing, an engine feature which analyzes average frame rate to determine the best frame rate to target for smooth gameplay.

Hotfix 0.13.5.2 contained a bunch of fixes and improvements to Sweet Tooth, as well as optimizations to condo loading, helping to reduce load time in larger condos.

This month’s contest is about architecture, more specifically building a house. This contest will end on March 31st, 2021. First place winner will take home at least 1,000,000 units, and all participants may be rewarded 75,000 units! You can read the details here.

@Johanna started working on a overhauled Laser Tag arena. This new arena contains a brand new layout, designed to replicate the feeling of a real world Laser Tag arena, along with being more visually appealing.

@Wheezwer worked on the flags for the new arena.

Disclaimer: The following images show the Laser Tag arena currently under construction. Note that obstacles, walls, and other obstructions have not yet been added. 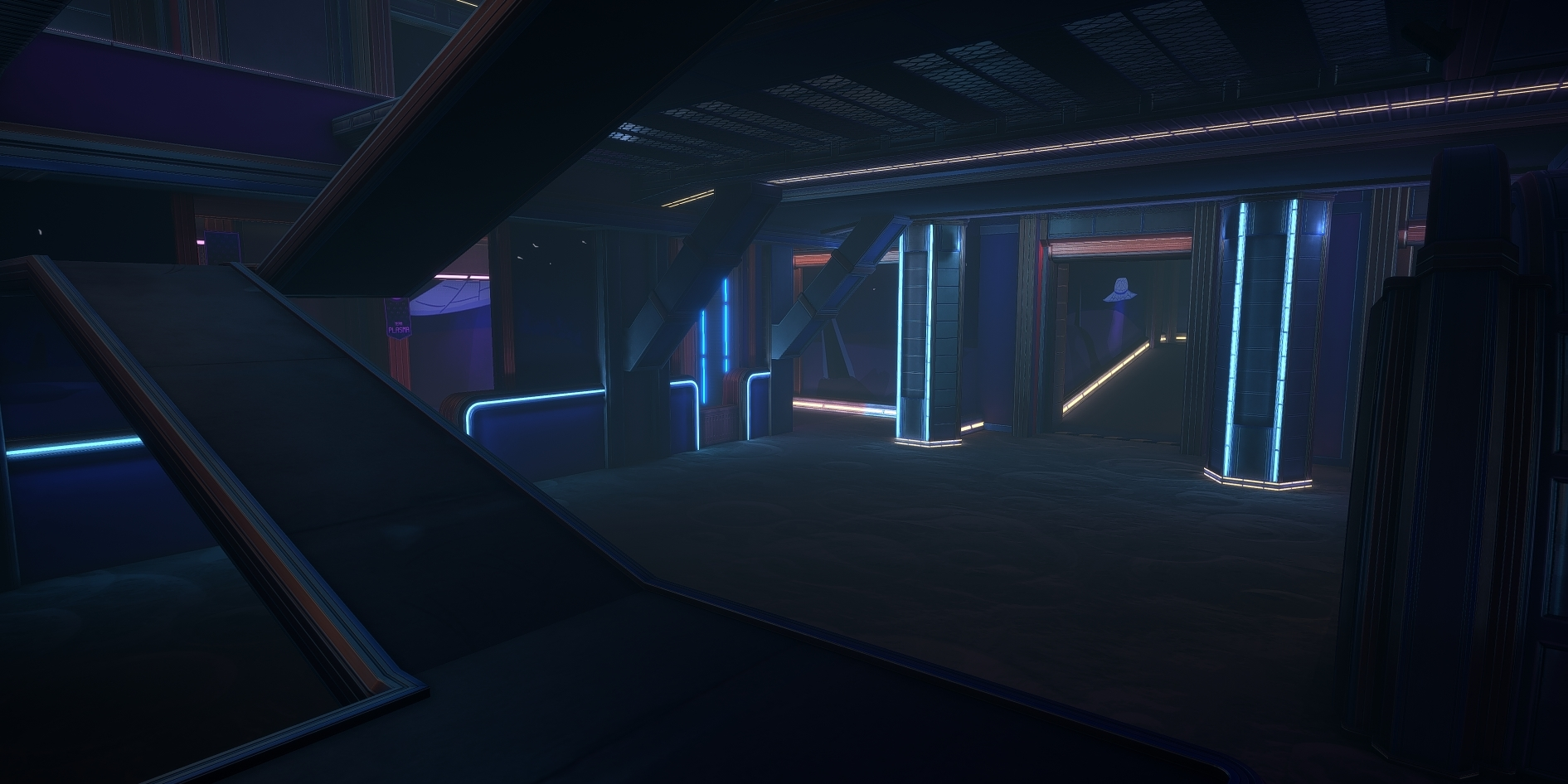 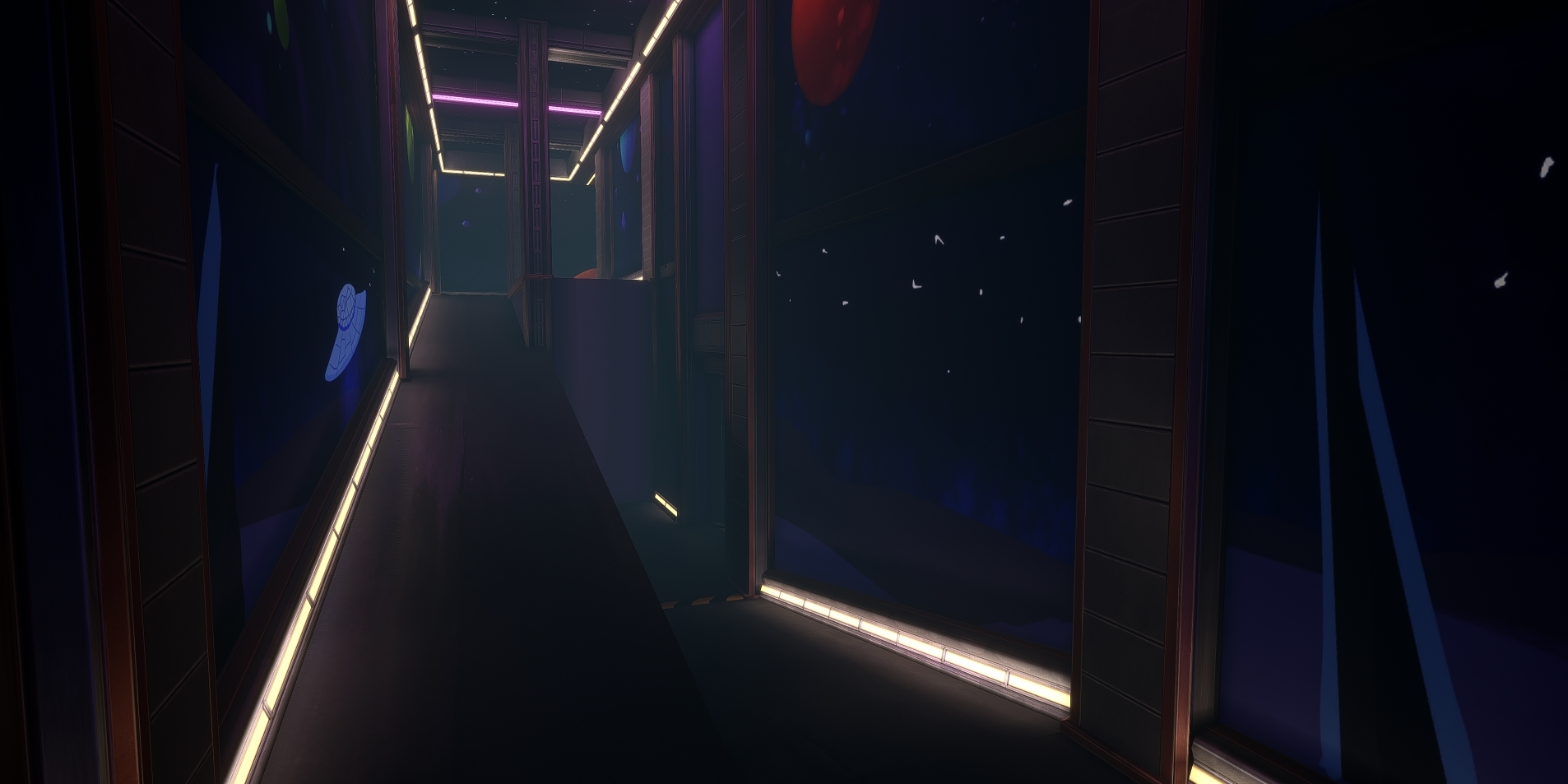 Our next major feature is the Upgrades Store and Items.

@Johanna optimized some of the Ball Race item materials, as well updating the color masks on some of the unique balls, such as the soccer ball. She also created Ice and Fire flames for the Little Crusaders dragon skins.

@will worked on sounds for the Minigolf Upgrades. 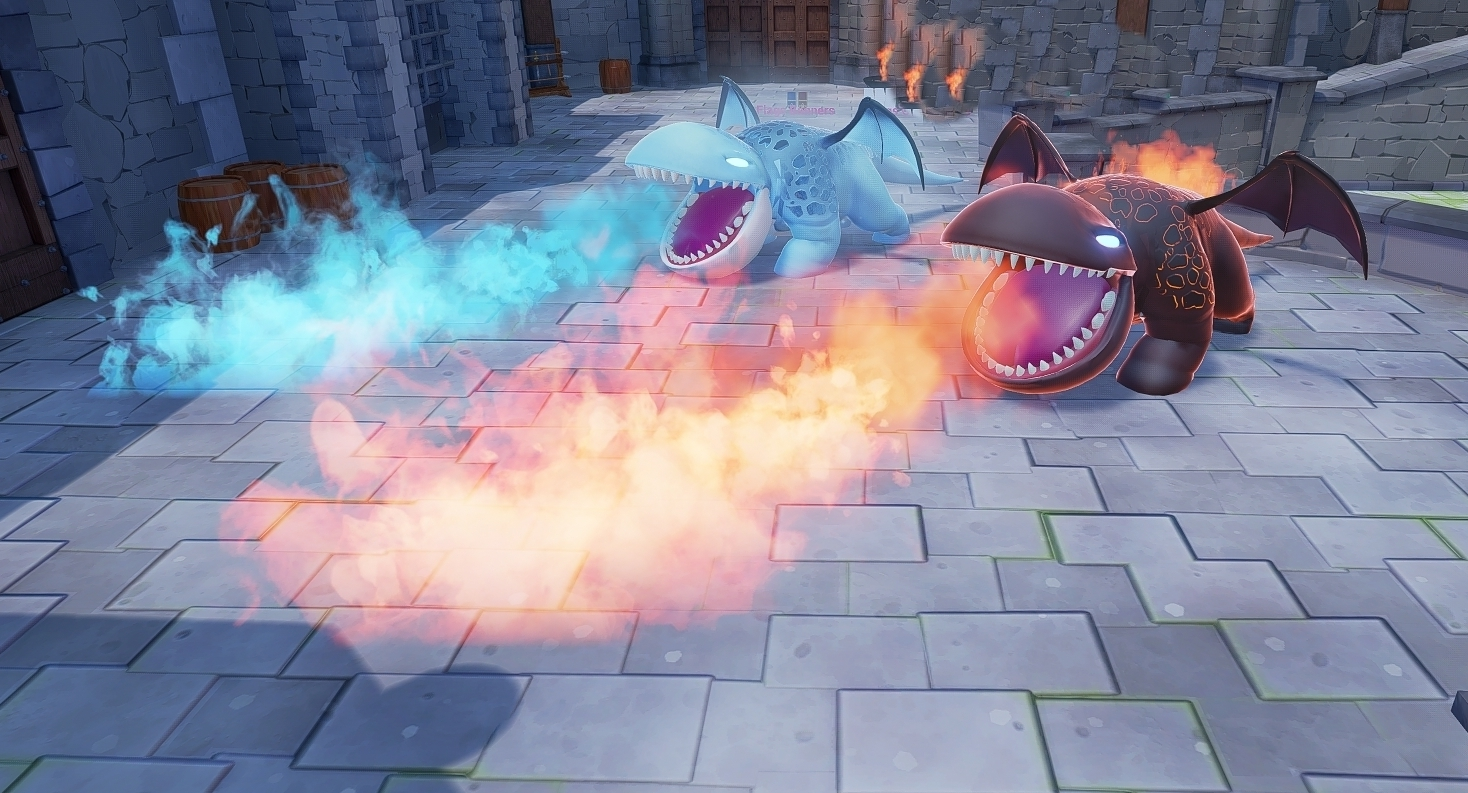 @macdguy worked on the two hotfixes, improving condo load in times and optimizing canvas code. He also worked on gameplay tweaks and bug fixes for Minigolf.

@Wheezwer worked on the “Coin River” arcade machine cabinet art, as well as pixel art for the “Destroy” cabinet and cabinet artwork for “Candy Slam”.

@Will continued working on various pieces of music. 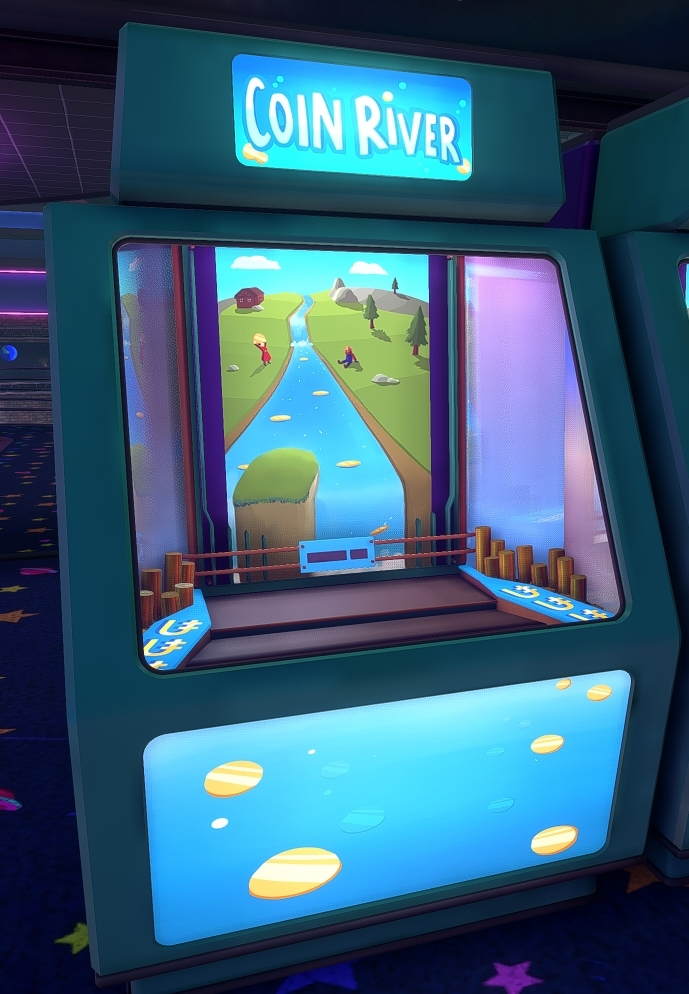 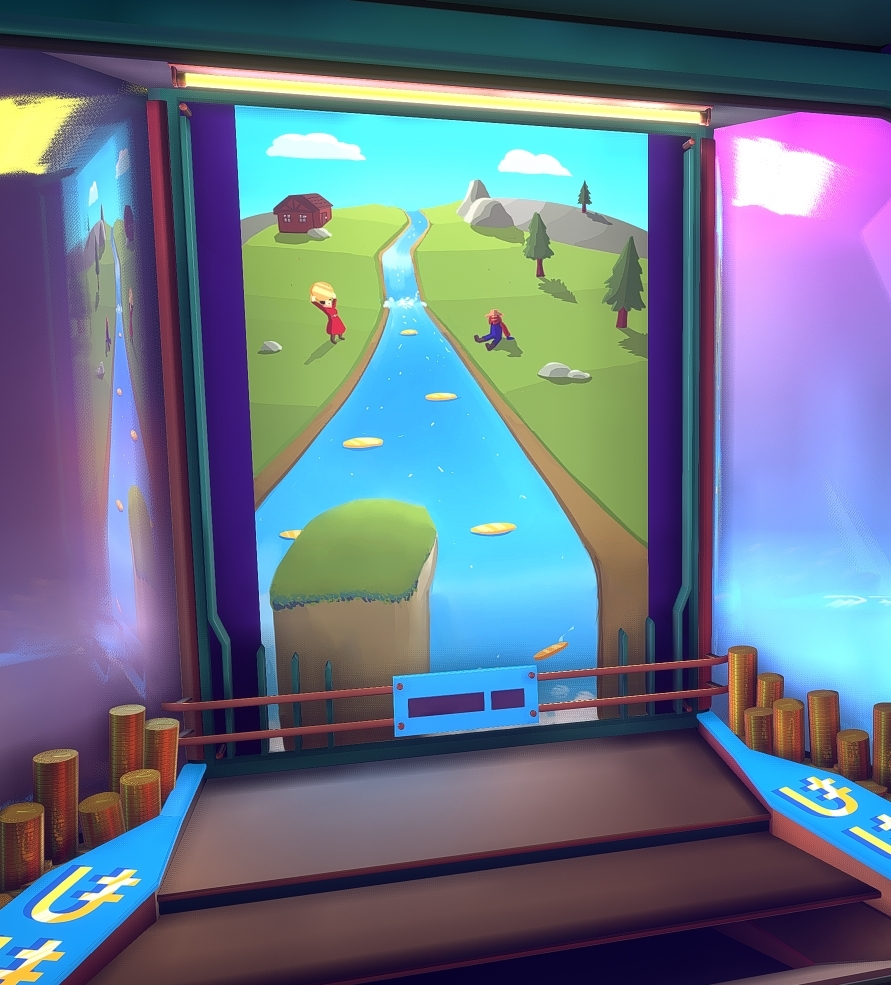 That about covers everything that happened since March 1st, 2021 at PixelTail Games. We’ll see you all next week!

I really love the new dragon upgrades! I love how they breathe fire and ice as they roar. Also, that new laser tag arena is looking great so far!

New Laser tag arena is awesome, And upgrades are something i’ll always be excited about

I’m confused. Are the flag upgrades we’ve already seen before being hidden in this picture?

The new laser tag arena looks awesome, but please please please make sure it isn’t completely blue/purple. As it is now, laser tag is not very fun because red team can barely see the blue players and red are very visible.

will these roar effects only be for the fire/ice dragons or will they be separate upgrades (there’s fire/ice breath roar upgrades listed on the upgrades trello card)?

They are separate effects. You can equip the fire roar with any other skin.

The new laser tag arena looks awesome, but please please please make sure it isn’t completely blue/purple. As it is now, laser tag is not very fun because red team can barely see the blue players and red are very visible

This is being considered. We are switching the default team colors to Orange and Green so that they stand out.

Oh man, I remember suggesting fire/ice dragons and breath on that upgrades megathread so long ago, and these look so good. I can’t wait to play with these

This is being considered. We are switching the default team colors to Orange and Green so that they stand out.

That’s a great change too! Though will we still be getting other modes such as the 4 team one from the initial announcement? I guess there are a lot more colours to choose from besides blue and red but I’m curious what they’ll all look like in the end

hough will we still be getting other modes such as the 4 team one from the initial announcement?

I am loving the changes to LT. Really nice.