What is your all time favorite video game? (besides tu)

Mine would have to be The Stanley Parable.

A favourite game is tough for me, because different games often serve different purposes. Though I think my top games would be Antichamber, any/all of the Rhythm Heaven games, and pretty much anything Kan Gao makes (To the Moon, Finding Paradise, etc.). Honestly, I like a lot of games, so it’s hard to quantify, but those feel noteworthy.

The Timesplitters franchise is a big one for me. Perfect Dark for N64 also. Star Wars Galaxies back during live Pre-NGE. More modern games would be CSGO and GW2 probably.

ultima online for me, legendary game.

My all time favorite would have to be a tie between GTA V, GMod and LEGO Universe

Don’t know if it’s my favourite but a game I keep coming back to is Skullgirls. Definitely my favourite fighting game. 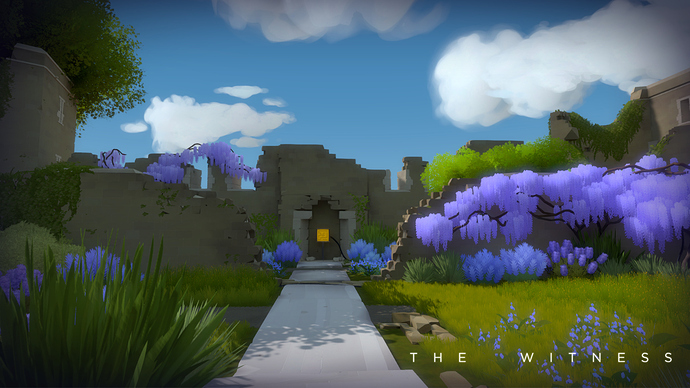 Don’t have a copy yet, but the amount of times I wanted to borrow the game from my cousin years ago showed my addiction.

Ratchet: Deadlocked for the PS2 has got to the most fun I’ve ever had playing a video game.

I always end up pulled back into TrackMania 2 (TM2: Valley, if I must pick only one environment). The racing is arcadey but (usually) 100% fair / skill based. Nailing a map feels very satisfying. There’s a ton of ways to customize the game, from maps to car skins / models to textures and even to gamemodes. It feels like there’s always something going on. Even if you just want to race, there are tens of thousands of player made maps to try (many of which are better than the official maps by a wide margin).

@Jaxon1049 @ScienceBird You guys have awesome taste! I looooove The Stanley Parable and I loved Rhythm Heaven on the DS.

To be honest I’ve loved Overwatch ever since it came out, I’ve taken long breaks from it here and there but it’s one of those games that you just know through and through, you’ve made so many memories with and even if you don’t win, it’s still fun to play with friends. ᵏᶦⁿᵈᵃ ˡᶦᵏᵉ ᵗᵒʷᵉʳ ᵘⁿᶦᵗᵉ

Valley is the best??? I want some of what you’re smoking because Lagoon and Canyon are way better my friend.

Also I would probably say my favorite game is Persona 4 Golden. I really got into that game and its world and characters, also it introduced me to the rest of the SMT franchise

I have two Favorite video games and they are Risk of Rain 2 and Team fortress 2.

Valley is satisfyingly technical once you get a hang of it. I’m a fan of all the TM2 environments, but there’s something about the way the ValleyCar handles (particularly on dirt) which just works for me. It doesn’t hurt that it’s got arguably the best looking environment (particularly after the MP4 update, which added smooth terrain transitions and a host of new blocks).

Don’t get me wrong, I absolutely love a good drift in Canyon and the high speeds and precision of Lagoon, but to me Valley is just more fun overall.

Perfect Dark for N64 (or even better, the XBLA HD remaster). Goldeneye was fantastic growing up in the 90s, but PD took everything a notch higher and more expanded. Still one of the most customizable multiplayer components ever in an FPS. With an insane variety of bots. And the campaign could be tackled single, coop, OR counter operative, something still highly unique to this day.

I personally think the Valley car oversteers way too much when you try to drift, but it is fun trying to go for a fast lap on the asphalt without drifting

Currently it seems like it would be Smash Bros Ultimate, but that’s because I got it 3 days ago.
Otherwise I think it’s Metal Gear Rising.

GTA Online, me and the boys robbing a bank