Hello everyone, and welcome to the Weekly Dev Log for February 24th, 2020, detailing all the changes that have happened since February 17th, 2020. Note: Devs that don’t appear in the weekly log are not necessarily away or not doing work, but may be working on things currently not announced or backend work that doesn’t need to be detailed.

Last week we briefly touched on the issue with Workshop Items in condos preventing the release of the Unreal Engine 4.19 version of Tower Unite, and mentioned that we had a couple possible routes we could take in fixing it. In our quest to fix this issue once and for all, it seemed that Unreal Engine 4.20 had fixed the issue. So, we took the time to upgrade our engine again from Unreal Engine 4.19 to Unreal Engine 4.20. Unfortunately, just migrating to the next engine version didn’t completely resolve the issue. The engine upgrade from 4.19 to 4.20 was a best case scenario, as it would have saved us time, but didn’t entirely pan out.

Instead, we had to rewrite portions of the Workshop code to get it all working again, and we’re pleased to say that the issue has been resolved. Since all the work was already done in migrating to Unreal Engine 4.20, we’re going to be staying on Unreal Engine 4.20, which means we’ll be able to take advantage of all the optimizations and improvements from both Unreal Engine 4.19 and 4.20.

What this all means is that the last major hurdle preventing the engine migration has been cleared. We’re now in final stages, fixing a couple of smaller bugs, and conducting wide scale tests to ensure all our systems are functioning properly. Be on the lookout for an announcement in the future as we also plan on doing a public beta of Tower Unite running on Unreal Engine 4.20, which we’d like to get as many players as we can to help test before it rolls out.

You can check out our current checklist of tasks left here.

Now that the final stages of the engine migration are underway, we’ve begun planning out Update 0.8.9.0 of Tower Unite, which will contain not only Unreal Engine 4.20, but also a load of optimizations and improvements to core systems, the Minigolf Map “Island”, the graphical upgrade of the Minigolf Map “Waterhole”, new player name tags, and more. You can read all about this update here.

@wheezwer started working on art for the 4-player arcade machine.

@will continued working on music and sounds for Arcade, specifically “Lonely Gun 30XX”. 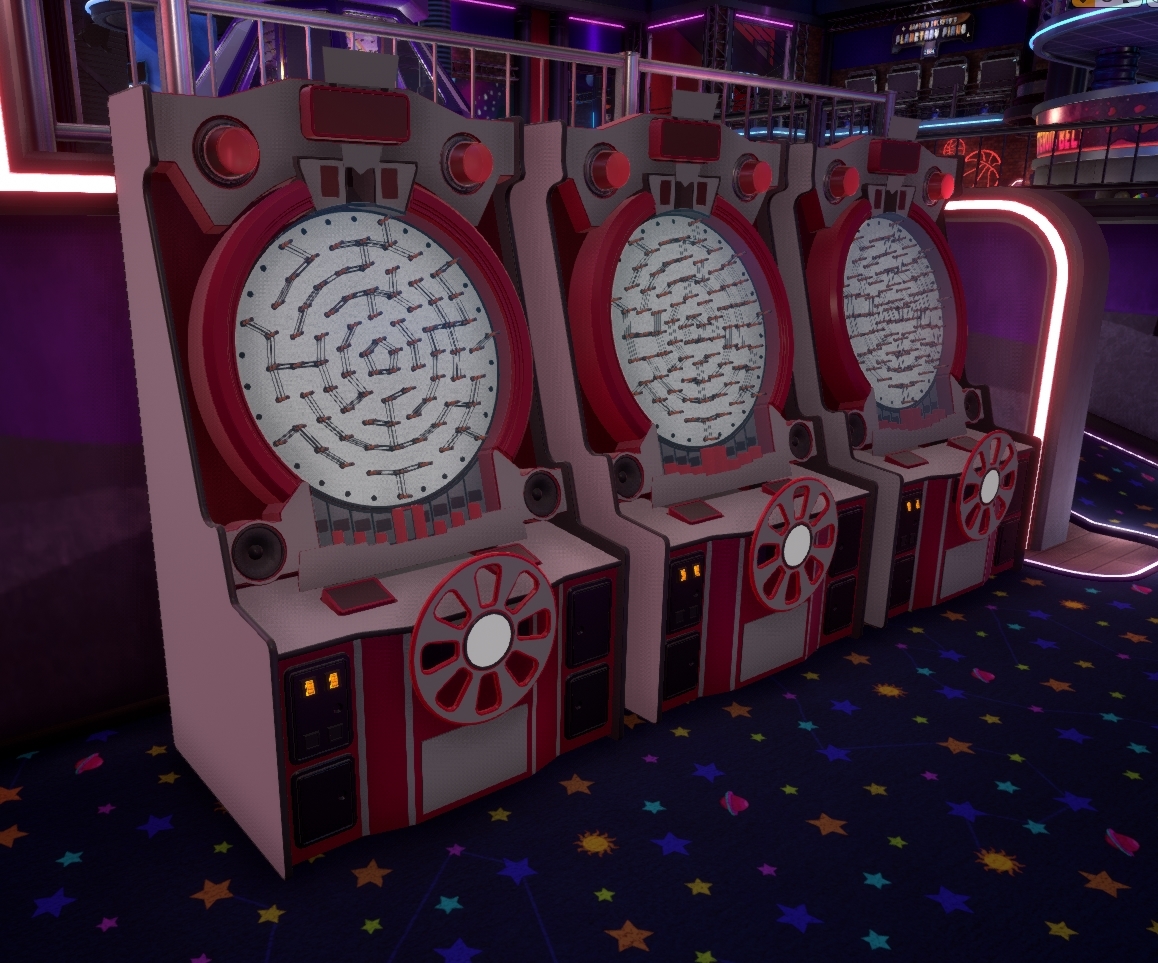 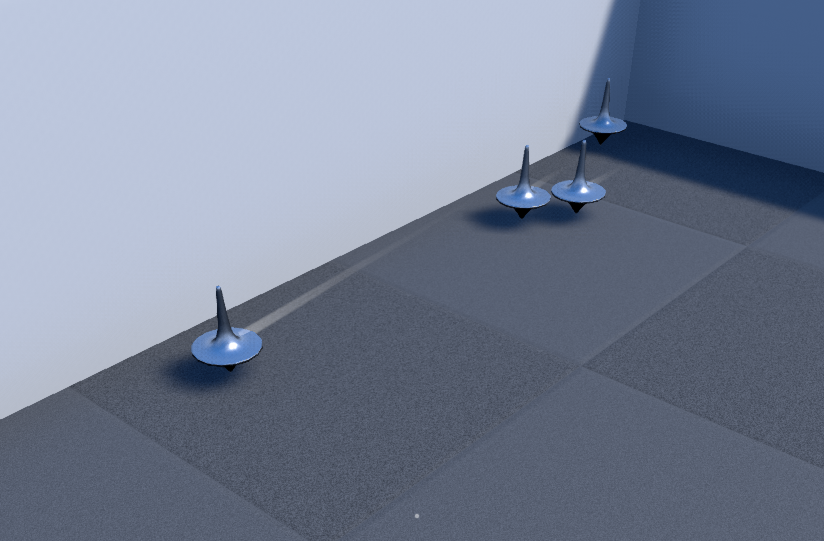 @JJosh continued working on items for Cooking, this week working on several cakes and deserts. 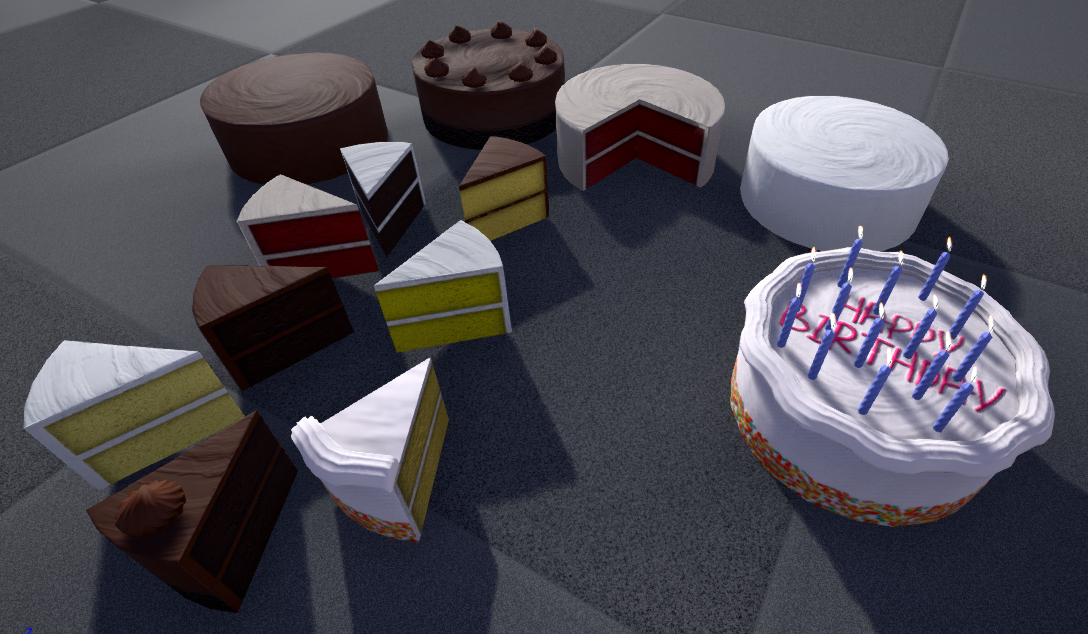 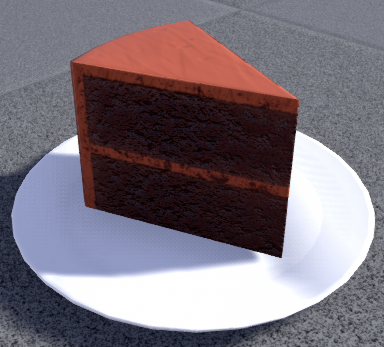 The “Text Hat” item’s text is now stylized and can have it’s color changed. The living lobby player entity was updated to use the new name tag system, and to include the chat messages. Vehicles can now be colored from the hotbar. The basketball hoop was upgraded to now detect all physics items, and the net now reacts with physics.

Chris worked on a weapon for a yet to be announced activity. 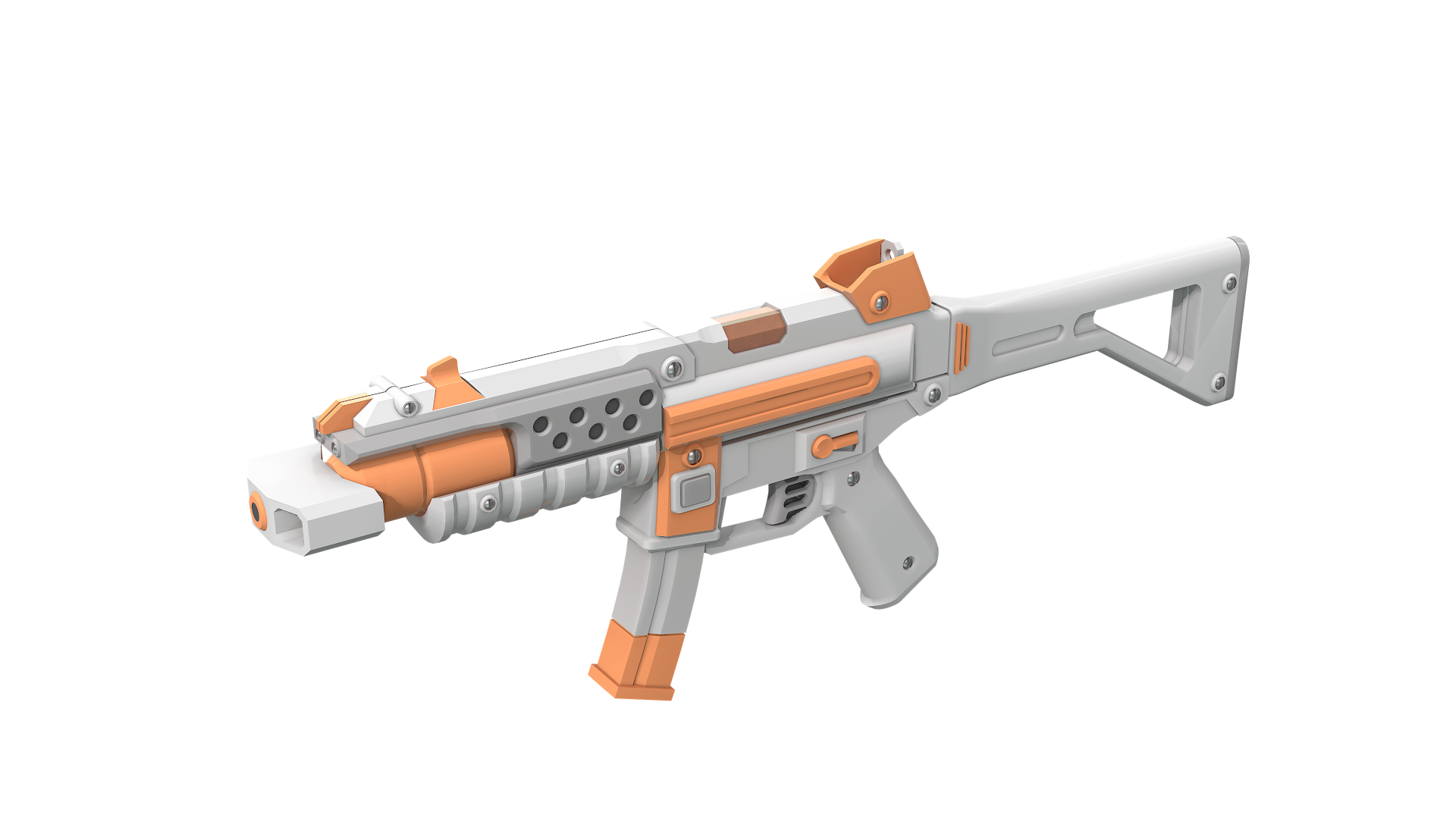 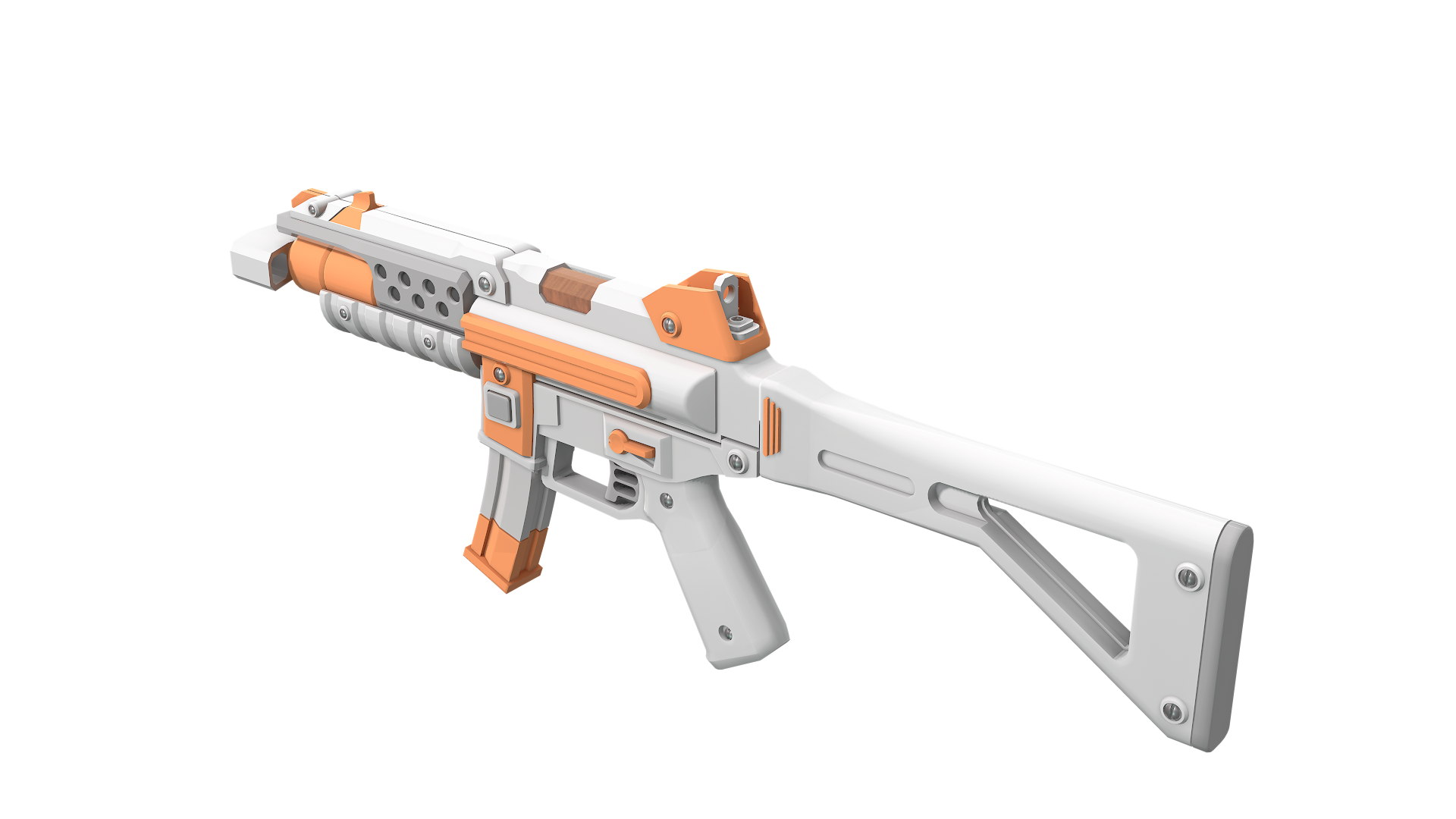 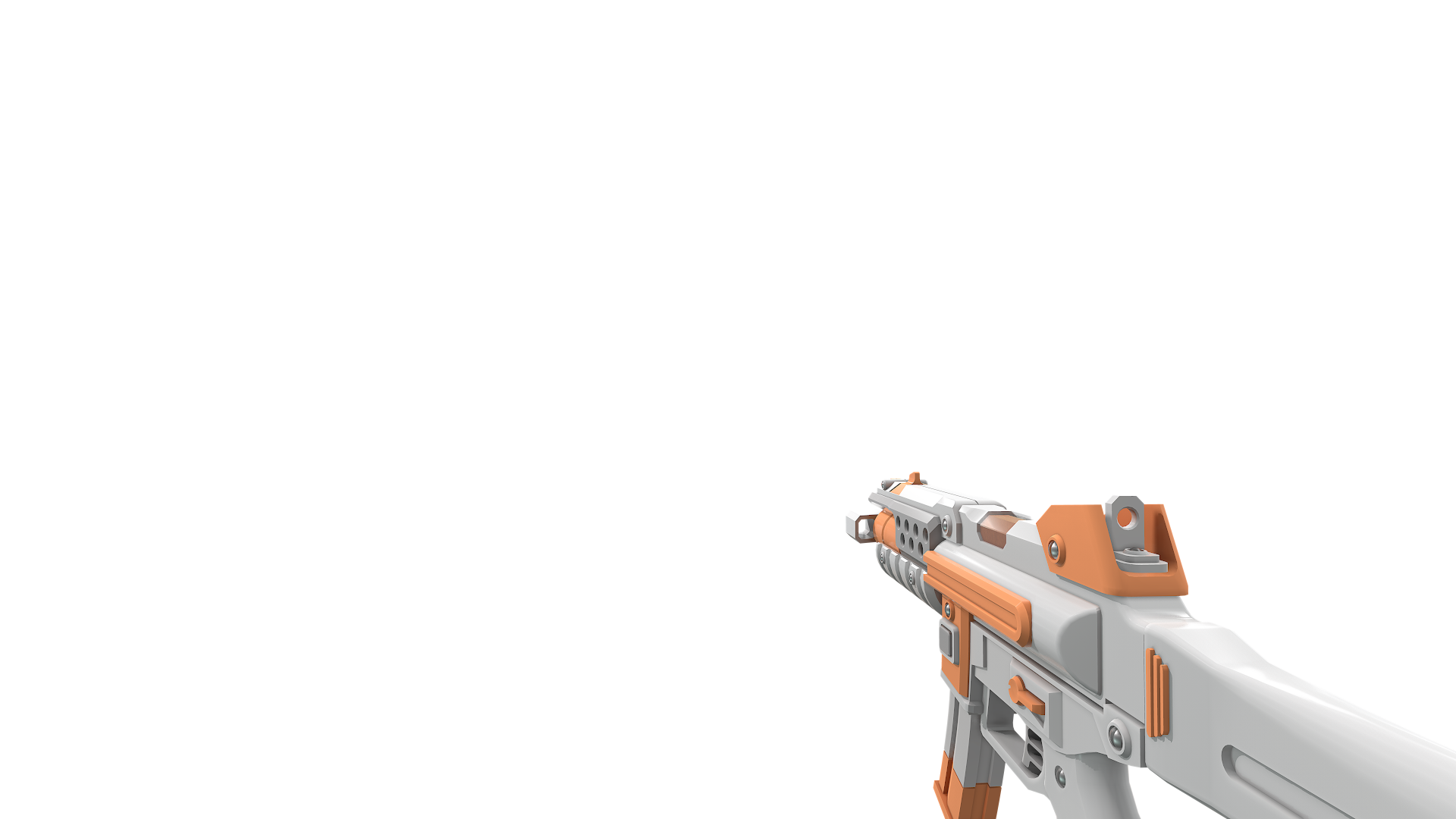 @Sketch and @macdguy continued working on the Unreal Engine 4.20 upgrade.

That about covers everything that happened since February 17th, 2020 at PixelTail Games.

also, can’t wait for player ghosts! they were one of my favorite plaza features during Halloween.

Music choice is on point

Birthday cake looks good, although the candles in the middle might block the text. Maybe we can get a plain birthday cake with the text but no candles. The candles could be sold separately so we can choose the amount of candles and color for each special occasion.

Also time for some Beyblade top arena battles made in condos.

Chris worked on a weapon for a yet to be announced activity.

Anything it takes to make sure it works well, though i’m most excited for 0.8.9.0 just because of the canvas crash fix.

If the Stealthy box remains how it is, there NEEDS to be a “Not-so Stealthy Box” that you can crouch walk around in and everybody can see

And everyone was upset we had to WAIT for arcade. Greatness is worth the wait.

Why does the red velvet look rusty.

maze arcade game should be called Plonko. You could even have the ‘o’ be a tiny maze shape on the cabinet.

I think the only concern I have about the fan is being able to blow other players around. I imagine that it would be used to troll players or something.

That was the first thing I thought of too.

What are some of the major beneficial changes that 4.20 will introduce to tower?

Tbh I am more excited for this update then the actual arcade because I love the fact that my favourite game is getting optimizations and potentially fix the serverswith over 20 players. I hated popular servers due to the fact that most had weird issues or just lag in general am happy it’s getting fixed and am hoping to meet new people on the more popular servers without lag issues due to playercount.

Same, I had a friend who also thought it was original to that game because we come from a small town with no arcades.

It only know it because of Peanut Butter Jelly Time. Never seen it anywhere else