Upgrading to Unreal 4.19/4.20 will help resolve many issues with netcode. It’ll help us improve Plaza lag all with the goal of increasing player slots per Plaza server.

Technical question, but what’s the reasoning behind going from UE 4.18 to 4.19 instead of taking the leap towards the latest 4.24 release? Wouldn’t that have more benefits like features and optimisations and be more worth it in the long run? Or would the amount of regressions caused by such a huge leap be unbearable compared to a single version difference? 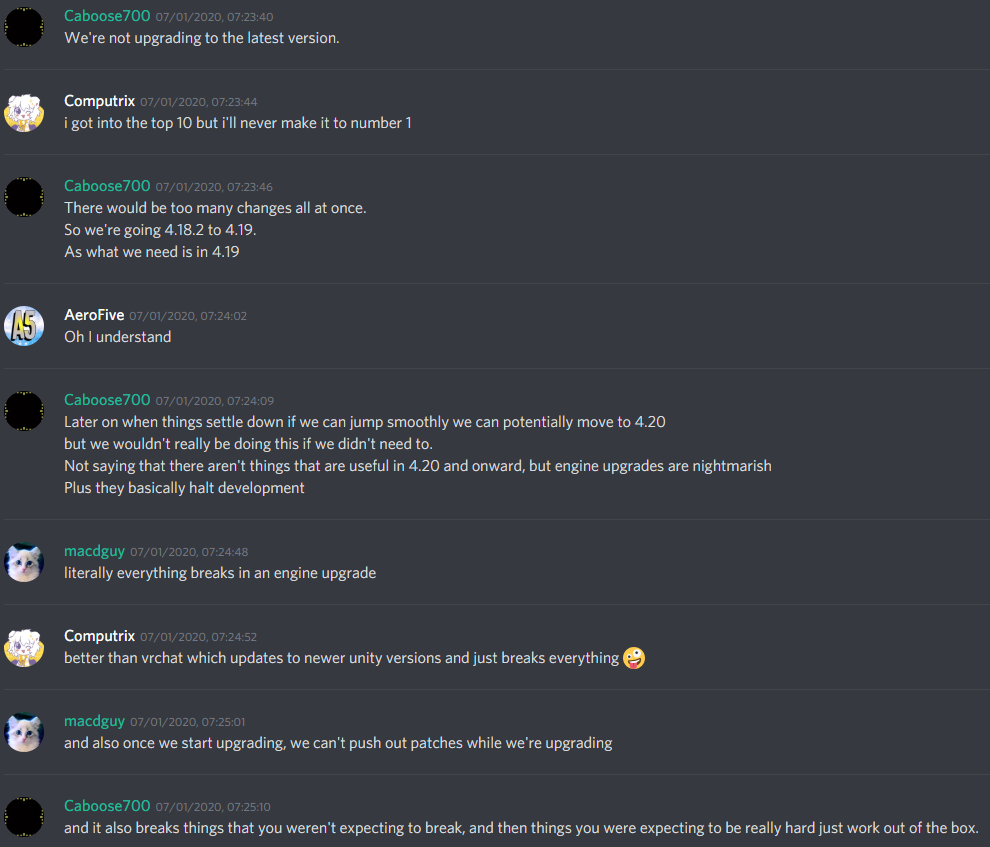 That’s when everything broke…

Beams are unreal then