Please fix the Interaction with Tower Unite’s GUI with clicking. A lot of elements need two clicks to switch from drop-down list to the main UI, and/or switching from keyboard typing prompt to the main UI interaction. They require an additional click, for a total of two clicks, just to perform an action on the HUD, when with our normal graphical interfaces, we only need one. 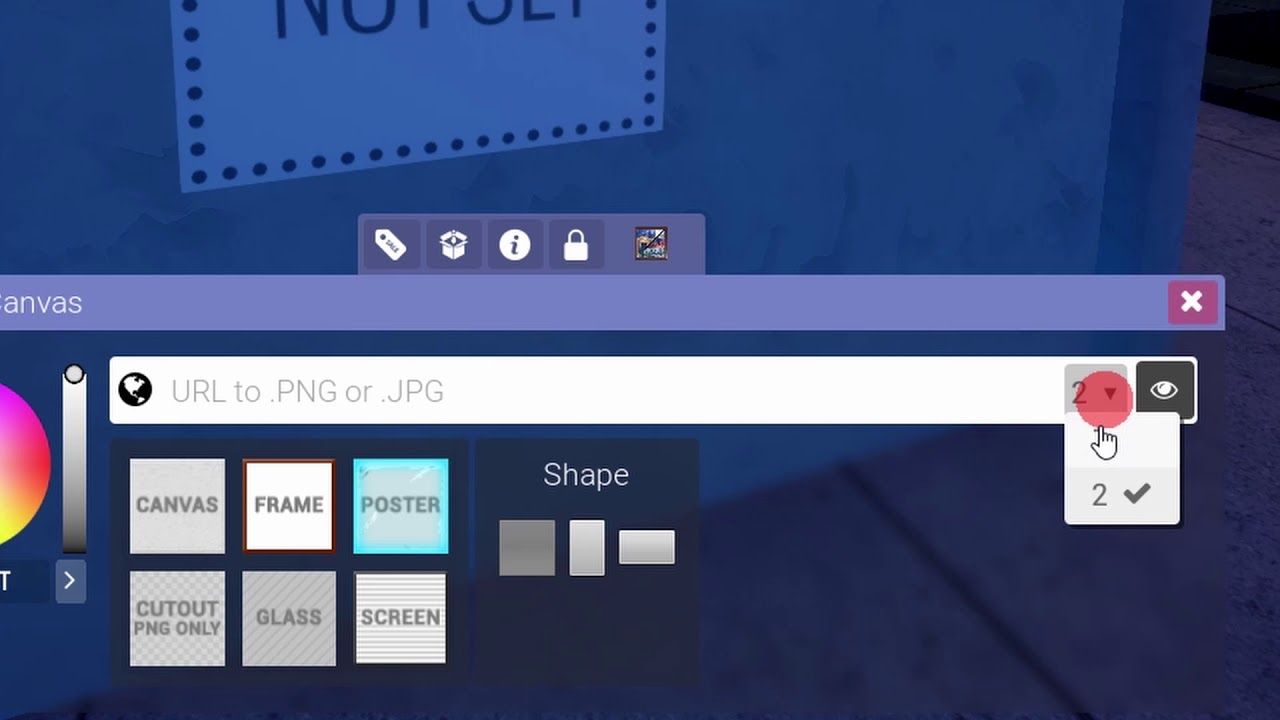 My friend has a hard time using his hands, he can play First Person games but not competitive or actually shooting. Would love to introduce him to this game, but I bet the Condo UI would drive him insane. The moment he clicks his mouse, usually his cursor ends up on a different place since it’s pretty hard to stabilize his arm to keep his cursor in one place.

i was having a discussion in the discord about the drunk effects ingame & talked about how myself and i’m sure many others feel nauseous after being drunk ingame for an extended period of time (the same thing applies to minecraft nausea as an example) so having some sort of option to cap the intensity of the drunk effect, or at the least disable it (maybe it could fog up the screen or blur it to avoid unfair advantages in games like booze bash & accelerate as per one recommendation) could likely help some people that experience motion sickness with these sorts of visuals.

I experience simulation sickness and the new third person right click panning thing makes me extremely sick. If there would be an option to revert it back to the old way that would be great.

1.) This one is a bit trickier, but the Alpine minigolf course was very difficult for him to see on. He said it was still playable, but everything blended in together, and his depth perception was affected by it.

holy shit i thought i was the only one that had issues with this.

The new 3rd person camera panning is getting removed in the next update:

I think an Arachnophobia option would fall under this, right? I’ve seen these two (1, 2) forum threads talking about it. It seems like the proposed solutions for most of these would be model swapping the spider queen in Zombie Massacre, and the first thread also mentions filtering out spider workshop models, though I assume that’d be tricky to do. Can’t really say much about it myself- I’m just regular scared of spiders, but i thought it’d be worth a shot posting it here.

Hia, So I’m colorblind. There is not many issues I really face in tower unite EXCEPT playing the piano game-mode in the arcade.(forgot the actual name lol). I know the backround moving is supposed to make the game more difficult to play BUT if there could be an option to change the colors of the notes themselves to a bright color such as lime green, bright pink, or anything like that would help out colorblind people so much! I play osumania and use really bright colored skins to help with me reading the notes. I think this would be an amazing and simple addition to add!

This would be great!! I play with someone who’s colorblind and this kinda thing can be pretty rough in games, especially fast paced/color based ones.

I’m colorblind and had no issues for now.

But, if this is about giving everybody the chance to play TU I’m having a hard time getting my friends to play just because they don’t really understand english, that means lots of things in the menu, achievements, and trivia are painful.

So yeah, translating the game to the most common languages would be a huge step forward (and can actually make more streamers play the game)

I believe translation is already planned! There was talk of crowdsourcing it but things have been quiet on that front.

The camera shake effect in Accelerate gives me headache

An option for reduce or disable would be really nice.

Don’t add too many flashing or strobing lights in the game for epileptics. too much of this can make it unplayable or very ill

Can you elaborate on what you mean by camera shake effect? When in Accelerate does this occur?

I’d like to have the possibility (in the accessibility settings) to enable/disable the flash that happens when you catch a fish, it really hurts my eyes when fishing for a long time and i thought it would be a nice touch since the opaque mode is a thing might as well continue !

Was told by someone to put this in the accessibility thread, due to potential problems for people with limited usage of their hands.

Instead of having to click manually for each swing, you should just be able to hold down left click to swing automatically.

I have a pet hate for flashing lights. I am not affected - as in seizures - I just find them damn annoying and distracting. However people are so an option to simply turn them to steady illumination at all points in the game where they occur would be very helpful.

An additional option to just replace the flashing lights in the nightclub with steady illumination, leaving those in the arcade etc, or better still a set of tick boxes allowing players to choose what remains, would also be very useful.

This site - https://www.epilepsy.org.uk/info/photosensitive-epilepsy has information on photosensitivity.

Regarding colour blindness etc, perhaps you folks could look at The last of us part 2?

Give an option to adjust rumble intensity for controllers. I need the haptic feedback to play accelerate and recently changed from using a Switch Pro Controller to a DualSense controller and when I drift it makes my hands hurt because of how much the controller is able to vibrate.

Regarding my personal limitations and thus some insight into my perspective: I have a severe RSI disability in my right hand (most impacted are the non-thumb fingers and wrist, but it encompasses the whole arm… particularly when the digits themselves are overly-taxed) and have limited capabilities in my left.

My peripherals (all of which are used in overlapping/redundant combinations) are:

At the moment most of my foot pedal setup is dedicated to mouse clicks, spacebar, scrollwheel direction, or modifier keys (like shift, ctrl, etc)… basically: anything that needs to be held down or frequently pressed, especially if typically designated to the right arm. I constantly change these depending on my needs, however.

The primary problem I’ve found is that the console controller (which is hugely preferable to the mouse when possible, though anything using the controller triggers I move to the foot pedal setup) is not implemented well enough (or at all) in a ton of situations. The most obvious symptom of this is that the game is in no way possible to control solely from a controller. I’m not going to list every one of the issues because that kind of effort requires a spreadsheet and a paycheck, but here’s a quickie off-the-dome list related to Zombie Massacre, which just happens to be a mode I’ve dealt a lot with recently and been severely limited by:

Another big example that lacks controller support would be fishing. You can’t do the actual minigame aspect of it at all without a mouse, despite it being ripe for simple controller support. There are also some odd AFK timer issues with this activity, since the mouse alone doesn’t seem to reset it… and thus you’ll get flagged AFK if you play as not only intended, but required. You have to mash directional keys/etc. every minute or so to stay ‘active’, as it were.

I would get into how frustrating it is to try to decorate one’s condo but… yeah, I’d need a few weeks to fully articulate the problems.

There are a ton of other things I’d bring up, but the corrections and formatting I’ve had to make to this voice-to-text write-up is just too much for my hands/arms/feet at this point. I’m more than happy to answer specific questions if needed.

Hey, just made an account to reply to this.
I’m one of the very few who has a rare illness (See: Hermansky Pudlak syndrome) and basically, I’m legally blind, yet have just enough to be able to see, I’d say, relatively okay? I’m not too certain on exactly what I can suggest besides things that improve having visual objects stand out.
I’d like to think I’m capable of playing games like Virus or the balloon/target shooting minigames pretty well, seeing something that stands out running at me or something slow moving and bright is actually great, but when it comes to games like Zombie Massacre, it’s hard to focus on the most obvious threats sometimes, because it’s hard to see it amidst the rest of the colors.
What I’d suggest is to have “Objects of interest” be able to be toggled on and off to increase things standing out for certain people, not just me, EG:

I’m hoping this is a good suggestion, I’ve been burdened with this crap all my life and I want to at least help others if I ever wanna help myself with it.