I wanted to maintain a list of (reported) bugs. This will make searching for reported bugs and checking on the status of them for all you easier. I will frequently update this post with the bugs I’ve encountered and if possible provide logs/video evidence/screenshots to clarify. If you wish to add bugs to this list yourself, please add a reply below and I’ll see if I can reproduce them, if so I’ll add them to the list. I will also be going through the bug forum to seek out bugs that I can reproduce and add them to this list.

● Headgear (glasses & hats) is not shown in the mirror while in first person. Third person shows headgear normally. (Video Proof)
● At the edge of the map there is a hole that allows you to get under the map Video Proof
● In the condo there’s a bit of wall near the door that is see-through which shouldn’t be. (Video Proof)

● When joining a virus game in progress you sometimes join as infected without the infected appearance, the game instead uses your own appearance with the green infected flames around you. (Video Proof)
● On Overtime, it’s possible to get stuck at the broken piece of railing/fence (Video Proof)

10 Likes
No points for watermelon
[0.1.0.2] Playermodel when you join late into a Virus server, being an infected
Hole 18 Waterhole bug
Virus Movement bug and Apparel placement
[0.1.0.7] Confetti Gun Arm shows up in 3rd Person
[0.1.0.7] Third Person and Flashlights
How to get outside the map
[All Versions] Virus Moving Bug
Out of map bug (Not back of the shooting gallery)
[0.1.0.7]Shadow staircase effect on Garden
Moving Wearable Items
[0.1.0.4] Condo Items Showing in Inventory While in Plaza
Weird arm thing in third person
0.1.10 Returned screen
[0.1.0.7] Out of the map in Game world Area
How to get under the map in your condo. (Without Noclip)
[0.1.1.3] Some items don't save color
[All Versions] Bookshelf Rings, Mug, Corner Glass Table, Bookshelf Long, and Tall Modern Lamp don't save Colours!
[0.1.0.4] Flaslight in 3rd view
Condo Boundries Exit
Out of map with Food store
Upgrade Shop glitch
[0.1.1.4] Condo Lobby Issues
[0.1.1.5 Hotfix] Accessories Disappear In The Mirror
[0.1.1.3] Virus - Double Barrel shotgun alt fire broken (abusable)
Opening behind The Shooting Gallery which you can go under the map
[0.1.0.4] Condo Lobby sliding
[0.1.0.4] Condo Items Showing in Inventory While in Plaza
The actual computer is not tagged with "Computer"
Hospital door ways block bullets
[0.1.0.4] Headgear hidden in mirror
[0.1.0.5] Old Computer plays media upside down
[0.1.0.5] glitch outside of map
[0.1.0.4] Weird Flickering when waiting for players on "Planet Panic"
Third and first person at same time o.O
[0.1.0.5] Can't play properly with dual screen
Hand to the side of my model
Rhendak April 12, 2016, 12:28pm #2

Below my own To-Do list what I will work on Monday (13-06), to see if I can reproduce bugs and add them to the general list.

i also have a bug with the media player

my videos are stuttering and its not my internet :S

Just a minor issue with condos, didn’t think it warranted it’s own thread. ;_;

EDIT: Invisible seam by the door.

Also, in minigolf, the host can’t see the little UI at the top-left which shows who scored with what.

@Allen - Please explain me what exactly is the bug in the above picture?

I will be on holiday from 25 April until 3 May, due this period this topic will not be updated with newly reported bugs.

Perhaps @Zak can assign a staff-member to update the main post for this period with bugs that have been fixed according to the format I’ve been using so far.

As soon as I’m back I’ll from holiday I’ll try to catch up to all the bugs I’ve missed as soon as possible.

I’d like to add that the staircase effect is present everywhere on Garden where the light comes in in an angle. Pretty much every “bowl” at the end of some holes has this effect, although the stripes are really tiny.

I’m back from my holiday and I’ve updated the main post with the fixes from the latest patch. I will scout through the forums this week to look for any new bugs this patch has brought it that need to be added to the list.

Do you mind if I update this when I know a bug has been fixed?

On the Hospital map, firing above the recently protect chairs in the lobby (starting from v0.1.0.3) causes the bullets to reflect to another area. Above the 3 wheelchairs it seems fine. (Video Proof)

Holding down Q in third person allows you to move around appearance items. (Video Proof)

Holding down Q in third person allows you to move around appearance items. (Video Proof)

Edit: Very much so 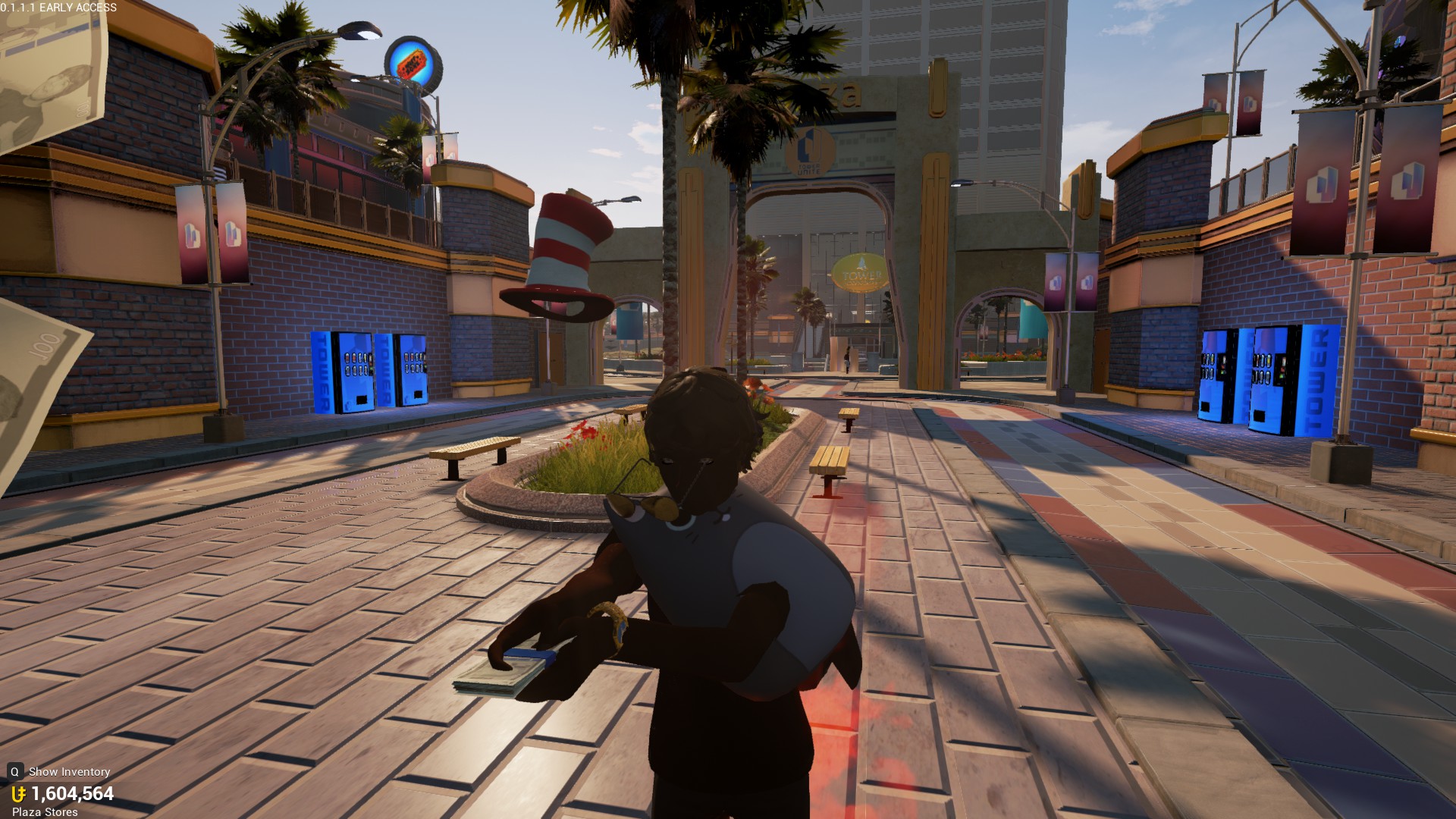 Do you mind if I update this when I know a bug has been fixed?

Not at all, please feel free to edit my post with updates according to the format I’ve been using so far.

Edit: Very much so

I can confirm this is still possible, this bug hasn’t been fixed in version 0.1.1.1 yet.

Weird, I’ll have to ask Foohy about it.

These bugs are fixed right?

● The flashlight is always aimed at the same height in third person view. (Video Proof)

● Copying a long text (like this example) in chat causes everyone to disconnect from the server when you are the host. When you are a client, it just disconnects yourself. (Video Proof)

● At Central Circuit, the computer is not tagged with computer and thus will not show up when applying filters. (Video Proof)

Can’t quite remember when this was fixed, but it’s been fixed for a couple updates now.

● On Overwatch, it’s possible to get stuck at the broken piece of railing/fence (Video Proof)

The map is called Overtime.

Rhendak:
● On Overwatch, it’s possible to get stuck at the broken piece of railing/fence (Video Proof)

The map is called Overtime.

A post was split to a new topic: Freezing issues

Not sure if this should be classified as a bug. The way Condos work are that they are basically saves for the placement of all the items. This means that if you lose your condo you still keep your items. The fact that you can see these items in the plaza might be changed in the future, but i wouldn’t classify it as a bug.

here’s a minor bug that is really affecting Minigolf

this could happen cause the game is waiting for the ball to reach a speed of 0. if you look at the ball very closely you can see the ball is still moving. either raise or add a speed limit for the ball to be at before hitting again. or when the ball reaches a certain speed make the ball stop immediately.

A known issue, caused by low framerate and/or high latency of the host, both disliked by the game’s physics calculations.