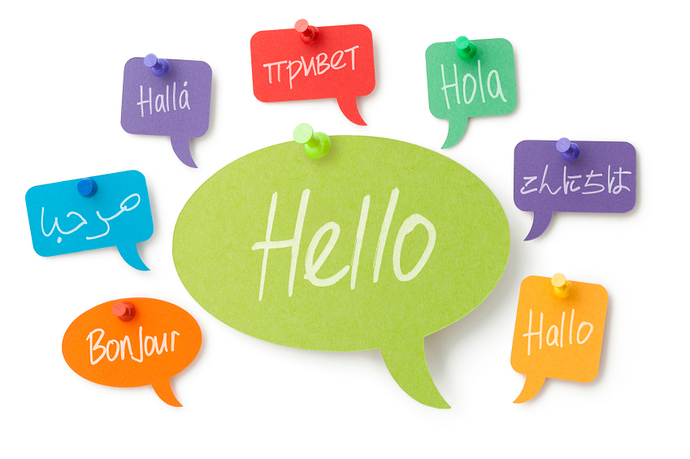 Anybody here on Tower Unite a language enthusiast or non-native English speaker? What languages are you learning (or is your primary)? What resources are you using to learn them?

I want to learn Japanese so I can go to Japan without my grandma. I just don’t have the time or patience.

Japanese is not an easy language to learn. I feel you. You’ve got to learn to write something that’s not in even using the same alphabet as you.

I suggest memorizing the hiragana and katakana, making you able to at least phonetically spell things immediately. My friend did it and it gave him a huge boost in his studies. There are great charts out there to help with the strokes and pronunciations.

As similar to the other thread, I am Portuguese, so I speak Portuguese primarily, however, most of the stuff I do ends up being English. I also got the First Certificate in English.

So, as a foreigner, I’ve always wondered: what language do you think in? My old IT teacher (who is Panamanian) told me that she always thought in Spanish and translated to English.

Also, that… that doc is beautiful.

I’m going to be honest, the two reasons I’d want to learn Japanese is to understand anime without subtitles and visit. Not even sorry.

Fellow DuoLingo user here. Dabbling in every one of the available languages, but German is by far my favorite and most-learnt language (even though I’m still very rough in my understanding of it), and Esperanto has taken most of my attention as late.

I personally think on English. I also see stuff in 3D geometry and think events in programming logic.

Seeing stuff in 3D geometry makes you a visual learner I think, and programming is also a field of language, so I think you’re quite normal, if not diverse

DuoLingo has done far more for me than Rosetta Stone ever had. Love this stuff. You interested in some other resources? I’ve got plenty to share.

Since I’m just now getting back into using DL after, like, three months without, I wanna refill all of my skills and see what my fluency really is.

I feel you on the comparison to Rosetta Stone, though. Rosetta Stone is a joke now that DuoLingo has made higher quality lessons available for free. I’ve got a couple of things for German, but I’ve been holding onto hope that they’ll possibly somehow make ASL a course, even though I’m very aware that it’s basically impossible. :c

why most people say they want to learn Japanese.

I think some people way into japan then other asian country because they see japan as exotic country or maybe it the japan fandom(anime,manga,video-games).
i’m learning Thai

Exotic! Any particular reason why?

Well I’m half Japanese and learned it from my mom, but since I fooled around in Japanese school (I regret it), I’m not that well versed in kanji and more advanced vocabulary, and also Japanese slang. Any tips on what I should do to learn the more advanced kanji and vocabulary would be much appreciated.

Also, since programming language is a “language,” I’m interested in touching into programming stuff but I don’t know where to start (I know absolutely nothing about programming, APIs, etc.). If anyone can help me with that as well, that would be very helpful.

I will get back to you on the information pertaining to Kanji (going to check w/ my friend!), but in the mean time look at the link PoliteWhale posted above.

As for programming languages, the best thing I recommend is picking which language you want to learn. Do that by researching what the individual languages do and what the most common and learner-friendly ones are. Codecademy is a great beginners resource for learning and practicing many programming languages. I completed a good bit of their JavaScript and CSS tutorials

The second best thing I can recommend is that you just join beginners programmers forums. There are always fellow coders out there looking to help out new folks! 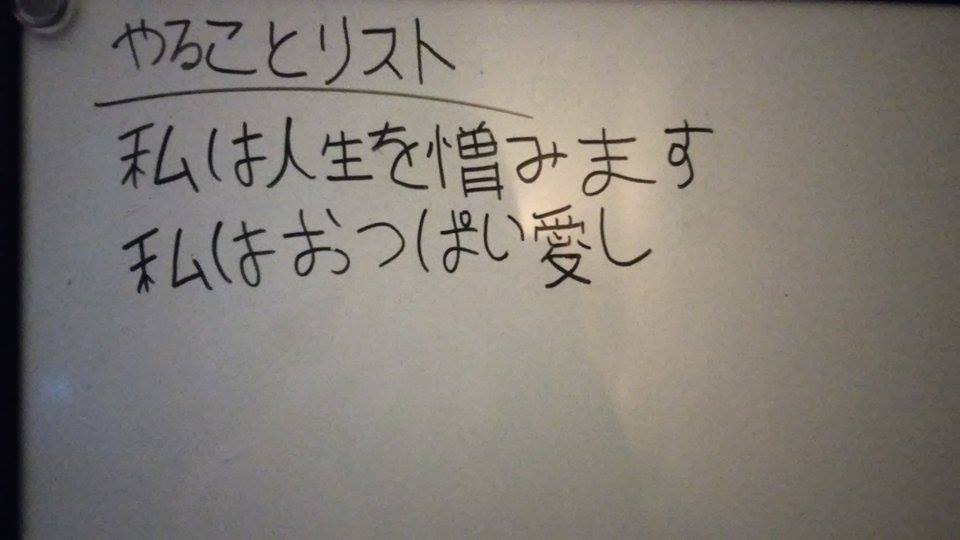 I’ve got to say, writing in Japanese is one of the most artistic and relaxing things you can do. I do the best with what I have, just a dry erase board, but it really helps to learn. When learning a language not in the Latin Alphabet, it always helps to practice whenever you can.

The top underlined part reads “To-do list”, and I had used it as the subject for a to-do list for the longest. The stuff below is just random phrases practiced

No comment.
Second phrase isn’t a full sentence; there should be a を between the おっぱい and 愛 and the し should be してる. Your handwriting’s pretty good though.