If you wanted to build elaborate, larger-scale, custom structure(s) completely from scratch, in a blank-slate area that’s optimized for it without any extra fluff that you’re not going to use, what condo map would you choose?

Well, for the past year or so, I’ve noticed people are increasingly building ambitious condos in the default condo’s sky instead of Smooth Dirt. 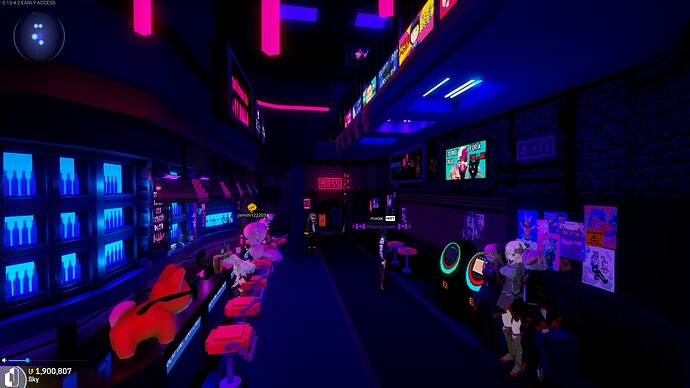 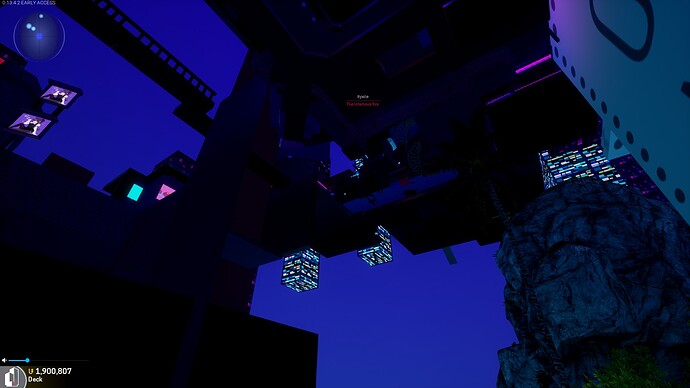 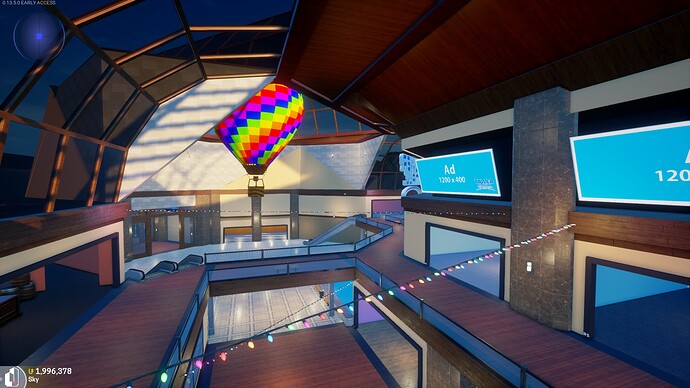 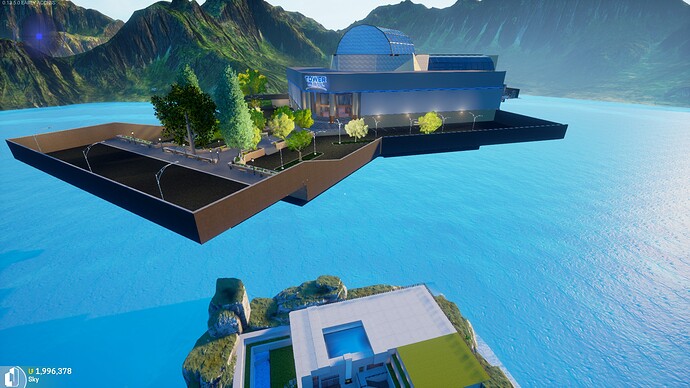 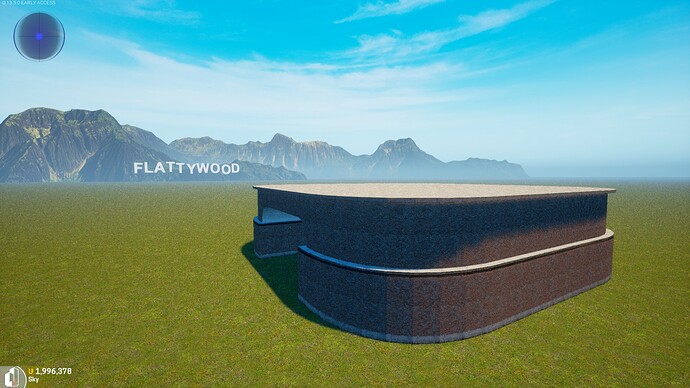 Why is this? Simple:

A bit over a year ago, something happened. The maps ordinary, neutral lighting became extremely blue on the top of surfaces, and green on the sides & bottom, and this become extremely noticeable in the dark where sunlight can’t wash it away. With this also broke the ability to set the environment to pitch black for objects, making it virtually impossible.

I initially only noticed the blueness and maybe misreported it as such on an old condo that preceded my vaporwave one. I eventually gave up working on it because of this.

[0.8.7.0] Condo moonlight is intensenly blue and bright, even when off Bug Report


0.8.6.0 | Set to no sunlight, no moonlight, absolutely not light or color on objects except from glowing canvases. Perfection. 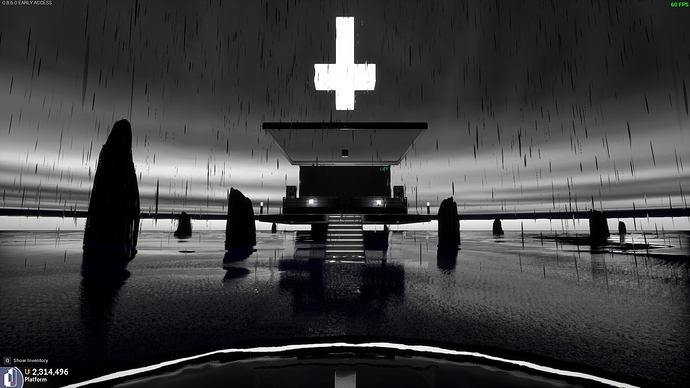 0.8.7.0 | Same settings above, but now uncontrollable light and colors everywhere 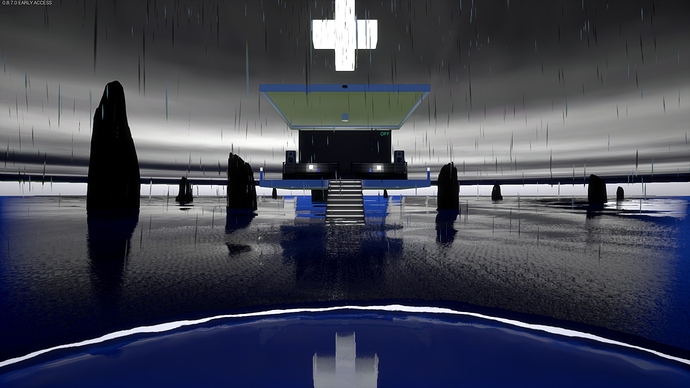 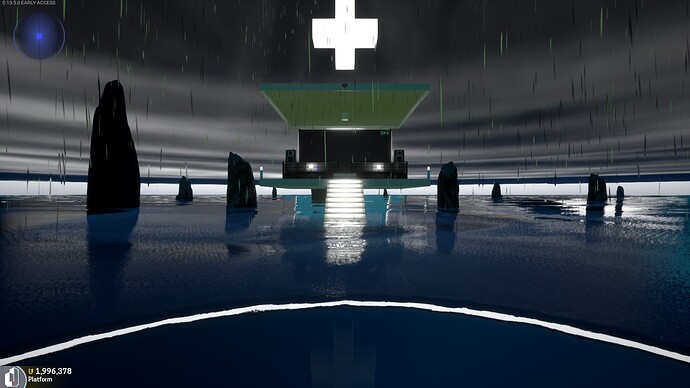 Just for clarification, I don’t know if this was an unintentional change, but I’m guessing the effect was supposed to mimic reflecting a blue sky from above and grass from below, and I only just noticed as I was recording footage for this thread that items above the main platform are affected differently. They’re brighter, and the sides of an object closest to the grass start reflecting green until they’re utterly consumed when moved away:

Here’s what I can say with certainty though; I’ve seen nothing but complaints about it. It’s legit one of the top things on my wish list to get “fixed.” I truly have to say it this way: it’s awful. Below is another screenshot taken with the environment set to be as dark as possible. 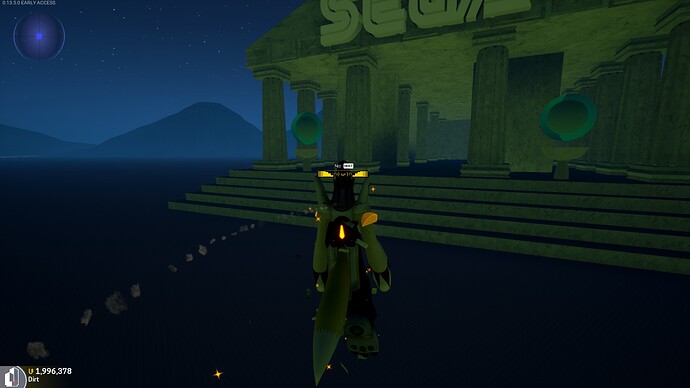 20210306184717_11920×1080 195 KB
Like…c’mon, surely you see the problem? It’s like the underside of everything has grass stains and algae, with moonlight flooding anything else with the slightest hint of reflectiveness.

And here’s the same scene during the day. Still GREEN! 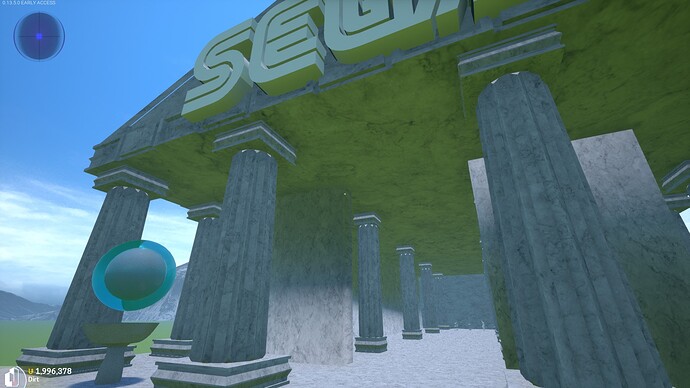 I feel like each condo has it’s own lighting kinks to work out, but as a nit-picky guy who loves color theory, it drives me nuts that this is most apparent on the condo that’s supposed to best serve as a blank canvas. 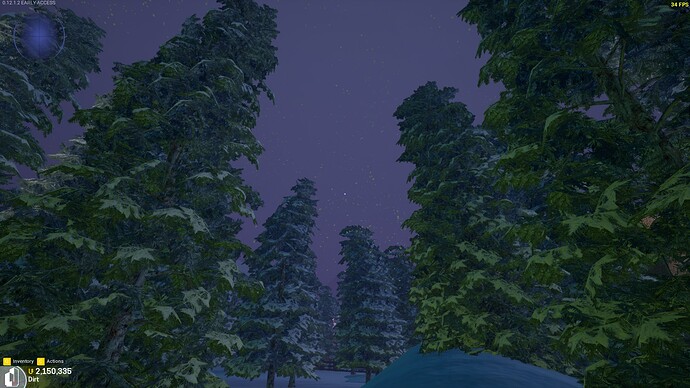 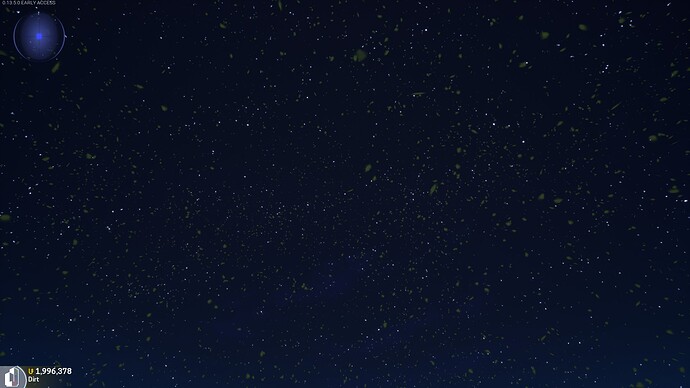 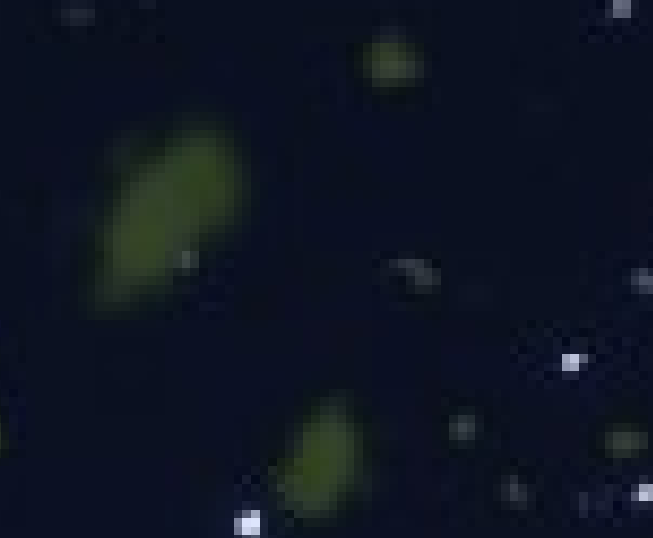 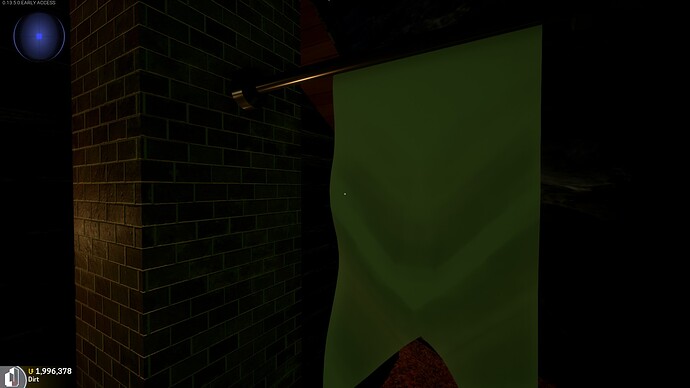 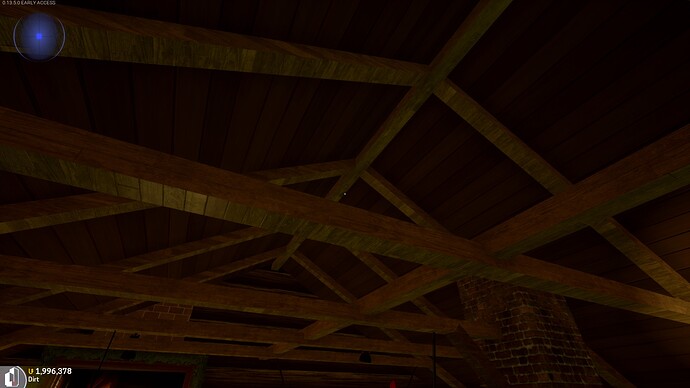 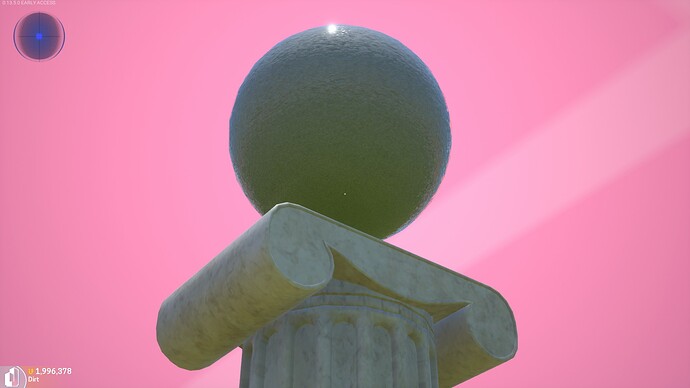 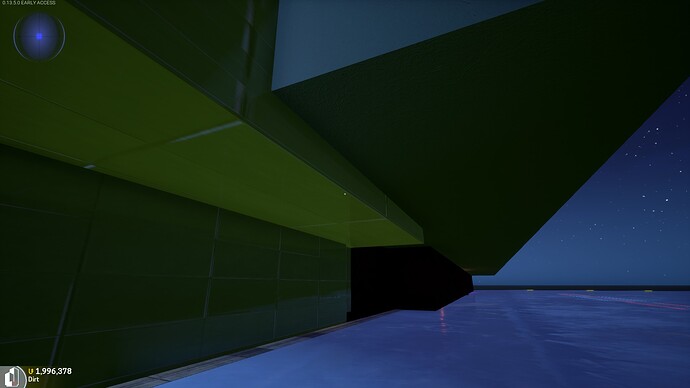 You can see why some folks are opting to just not use the map anymore. Snowy builds, scifi builds, basically all indoor builds all suffer. Hell, even if you’re intention IS to have a grassy knoll, moonlit or otherwise, it’s still way overkill.

For this reason, it is my hope that Smooth Dirt’s lighting get a dramatic change, preferably reverted to how it used to be so long ago so that builders don’t have to deal with unwanted light and colors.

Yesss, I’ve always thought smooth dirt looked off. Like it was lit in the roblox engine. Great explanation thread! I agree it needs to be fixed.

Looking into this, hopefully I can sort it out by the next update

Lifeless has now fixed this. 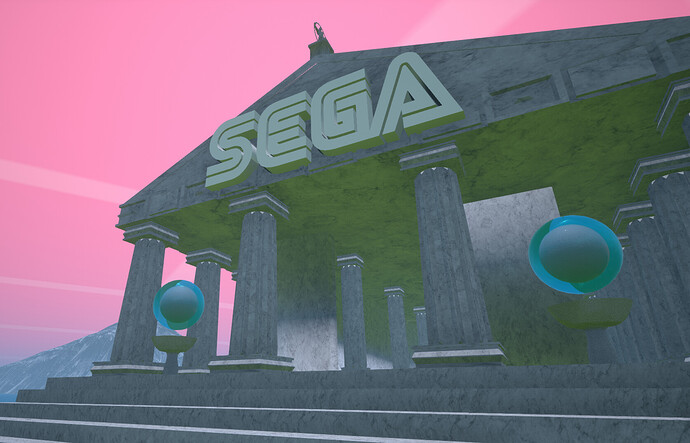 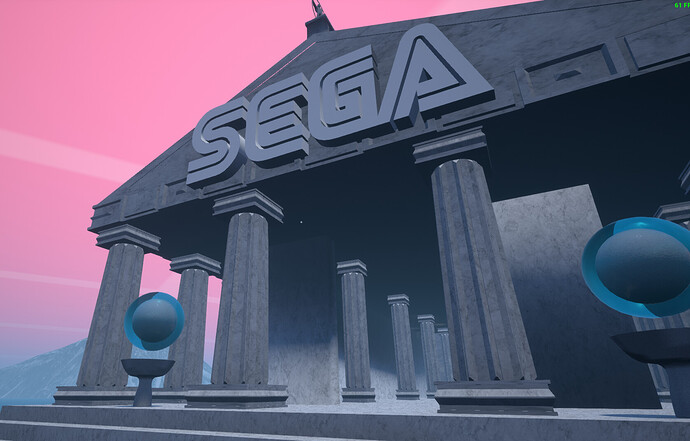 What does the minimum light level of Smooth Dirt look like in the new version? This looks much better to me already. 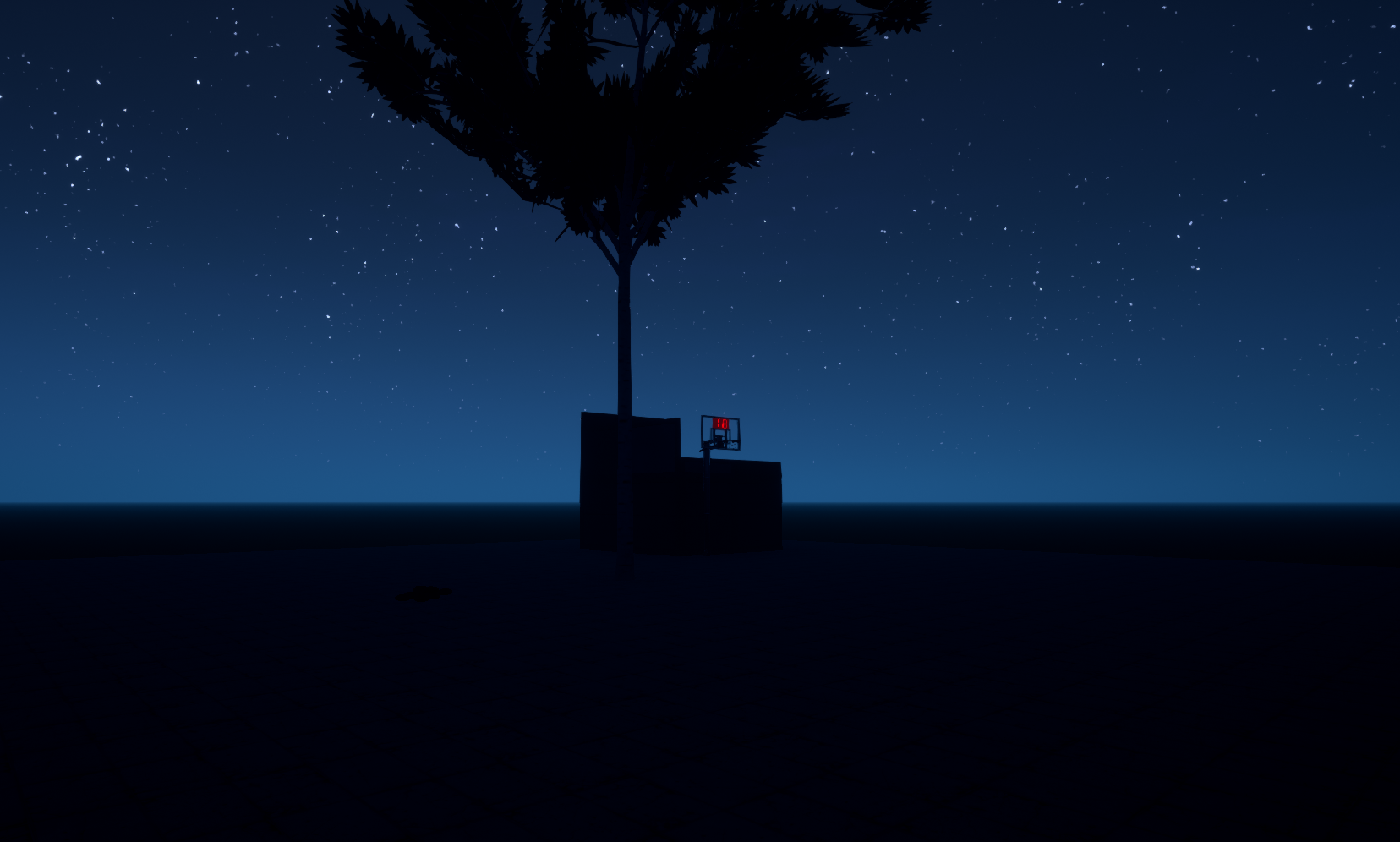 So, first off, thanks a ton to you guys for fixing the green glow. Just about everything looks much better overall and I’ve encountered a lot of people that are thrilled over it.

I’d like to strike again while the topic is still hot. I have possibly one, new-ish, last bone to pick with Smooth Dirt; the fog. The short of it is that something about the recent 0.13.5.1 update just cranked up the amount of fog present when it’s set to “zero,” but I also believe this may not be the first time it’s happened to the map.

I don’t have anything demonstrating the following, but I distinctly remember a year ago that some rooms that I built slightly beneath Smooth Dirt’s floor were crystal clear in 0.8.6.0, and I recall them becoming foggy around 0.8.7.0 as well, but now this is happening above ground too.

Not to mention longer distances like vistas and rat maps. 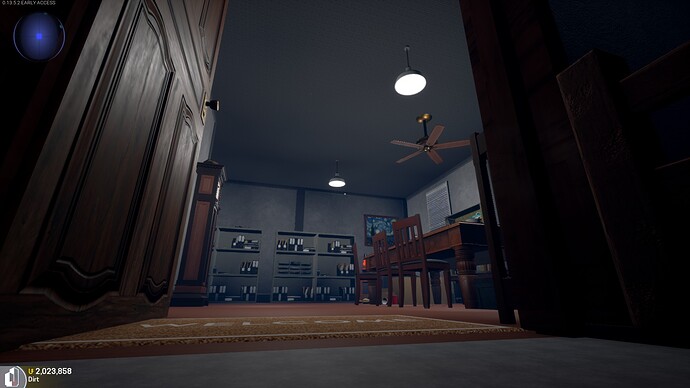 Also. while messing around, I noticed it’s most visible the closer you are to the ground level. Remember the first screenshot from my initial report in the OP? And how it looked almost perfectly monochromatic? Check out this clip. I got it looking almost perfect again by simply raising it’s elevation several thousand units into the sky where fog can’t reach it.

So yeah, if it’s not too much trouble, would it also be possible to revisit the fog? Preferably so environment sliders can turn it all the way off? Or so that there’s none above ground level when the slider is turned to 0%. Sorry for another long nitpick, I’m just fussing because we used to have this level of control, and it’s sooo close again.

Fog was bugged after an update not too long ago, this goes farther than just smooth dirt and effected other condos as well. I used to use fog to obscure default condo’s mountains in the distance, but the fog got changed after an update (I believe it was unintentional) and fog isn’t as ‘thick’ as it used to be.

Your post made me look back through the forums and there’s been a lot of different complaints about fog on different maps doing different things throughout the years, so I guess the situation isn’t quite as cut & dry as I thought.

Honestly, if I just had a checkbox next to the slider in the condo’s weather settings to turn that stuff off, I’d be happy, but maximum/minimum fog on every map seems like it’s own issue now. Like my friend wants fog still on for his scene, but at it’s current level, he can see it inside the regular house he built.