I keep freezing in place in the middle of the construction, and I hate that.

What are your PC specs? 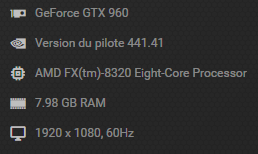 NOTEXTURESTREAMING will cause more lag. -D3D9 would probably degrade performance as the game only officially supports 10 and 11 currently. DXlevel 80 just forces DX9 again so it’s pretty redundant to have that as well as D3D9. And I’m pretty sure both are source engine launch options anyways. In fact, most of what you are using for launch options are hit or miss for some games.

There really isn’t much outside of the official settings that you can do to improve performance. Most of what you have used is for low end PCs that have to ration RAM and CPU power. 99% of the time, your problems will not be remedied by some guide, especially considering you note that this happens specifically during condo building.

Do you use a lot of workshop items, or just lots of different items in general? Do you use a really low RAM speed or a slow hard drive? You really don’t give a lot of details.