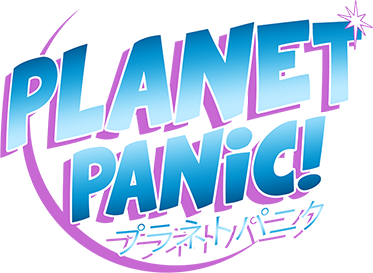 Hey guys! In the latest weekly we released a very early prototype of Planet Panic.

We’d love to hear feedback from you! Please post all constructive feedback about the Game World here.

Some sort of cool-down period for the gun, like an overheat meter or something. There needs to be some sort of incentive to NOT just hold down the fire button the entire game. This is probably a glitch, but the little balls should NOT be affected by projectiles. They'll just bounce all over the place and be harder to pick up then they already are, and possibly even leave the map entirely. This one is especially important because the mini-animals in the bases are affected as well, so simply sho…

I’m not sure if anybody else is having this problem. But when ever you drop a ball into your hole. My game freezes for about half a second. Its pretty annoying in a fast paced game like this. But other than that the game is great.

I think the map should be larger based on how fast the vehicles move.

Have you considered mixing things up with randomized map events? I feel they could really add to the crazyness of the gamemode.

You could have a round which has low-gravity or one where everyone moves superfast.

Wait, a prototype was released?.. Could someone provide some screen shots, or explain what it’s about?

Just played a bit with @meharryp and @PoliteWhale. Was super fun!.

Video will be uploaded later tonight Still haven’t been able to play it properly, but here’s some very early impressions of the game so far:

These are just some first impressions, I would also recommend scheduling actual play-test sessions so an a full-hands on could be done with the maximum amount of players. I will be posting more as the game is tested.

I think having voices sort of distracts from the alien/animal theme. Maybe some SFX like an alarm or something.

I’d like to see different types of pods (cosmetic) you can fly around in, also a small arsenal of different type of weaponry, like a slow fire rate rifle that does more damage then the standard automatic weapon, or a shotgun that shoots in a cone effect with moderate fire rate between shots instead of a single line of fire would be interesting.

My Ideas for planet panic!

Maybe the ‘resources’ can be considered treats?

actually this would be fuckin rad

Change the tiny captured animals into dog bones and fishies.

Maybe we could just spawn players in the air and have them drop to the floor, kinda like SSB does it. All the action is on the floor so a safe place to start them out is in the air, where they have at least some areal control to dodge enemies or something.

Pretty much. But its kind of showing if we had any issues. As we post stuff in chat as well

This is totally unnecessary and obviously scenery isn’t the main focus I’m guessing but Y’KNOW.