Due to the alpha release, we’re gonna cancel this week’s Saturday stream.

We’ll be here on the forums all day looking into bug reports and all that good stuff, so we aren’t absent, we’re just really busy and can’t fit the stream in this week.

Thanks for your understanding, and sorry for not having a stream!

I’m deeply saddened, but I understand

So the next build is coming out tomorrow? Nice.

Unless something major happens.

STARBUCKS IS HAVING A 50% OFF SALE ON FRAPPUCCINOS?!?!
ARE YOU FUCKIN SERIOUS!!!

P.S.: Starbucks, please, don’t do this to us

But are you serious? is it really delayed or you just messing with us

Look at trello, its delayed

I understand, looking forward to the next one

Also looking forward to trying out the new alpha, hope it deploys smoothly for you

Still says 22nd for me. Did they change it back? Is there still hope?

(I think the devs were just messing around, take it easy y’all

I don’t think they were messing around with the trello. It’s still there: 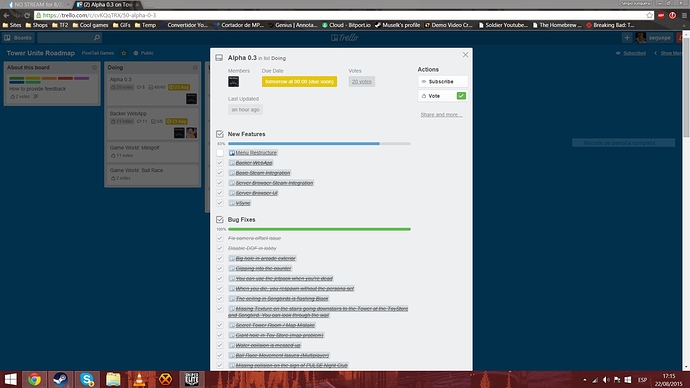 Timezones. I live in US Central and it says 22 at 5 PM

Yep, as “discovered” here, this has been a mistake due to Trello displaying the local time.

It’s not that bad, believe me haha You just have to be a bit more patient

It was actually delayed by a little. I checked earlier this morning and it said 3 PM for me and then I checked about an hour ago and it said 6 PM.