Gonna go on a bit of a rant about windows 10 because fuck everything microsoft have been doing with windows, I don’t give a shit if any of the information is inaccurate or if I’m nitpicking I’m just not happy with them.

First things first, please STOP with being all shitty about people disabling privacy settings or ad settings I want to have control of my FUCKING PC! Now I completly understand why they are being like this, because money. Ads and collecting data is probably a really good way of making money however why can I not just buy a legit product key for windows 7 directly from Microsoft, and if I can why isn’t it clear. I understand that this is probably a way to stop the same issue that windows xp had but WHY do you have to be so bitchy about it to the point where it’s easier to pirate the fucking thing.

Of course even windows 7 probably has alot of telemetry stuff from windows 10 that they have probably patched into the OS but this is where microsoft really fucking get’s on my nerves, they are a monopoly that is really diffcult to get away from. Linux just isn’t quite there for everything yet, I can’t really dual boot with linux because I only have a 120gb ssd as my main drive (and I know there’s really small linux os’es) putting it on any other drive would probably be useless because they would probably have a bottleneck due to hard drive speeds and it would just make it useless if I had to reset the computer just to do something like search the web.

anyway I’m gonna downgrade to windows 7 for the third time and probably consider going to linux and drinking bleach, rant over.

Fucking new settings menu bullshit that I can’t navigate. Just give me the old Windows menu i’m bloomin used too. I just want to change the color of my Taskbar.

I hate how we can’t disable Cortana now

can’t you just not enable it?

“Nothing is free, and if it is then you’re the product.” -Logan, Tek Syndicate (referring to the free upgrade to Windows 10 from Windows 7/8.1)

There’s a reason why I’m still on Windows 8.1 (with a modified UI) and plan to have my next desktop have a Linux Distribution as my main Operating System for the first time. There was one time back in March where the free upgrade to Windows 10 got my desktop, and it caused a whole slew of problems from my UEFI going into a boot loop, to driver incompatibilities, to outright performance degradation. Thankfully I was able to revert back and I had no problems now. I think you and I would have a lovely chat about our experiences with Windows 10.

EDIT: I’m at least happy that Microsoft is getting hit with a class action lawsuit over the forced upgrades.
http://www.extremetech.com/computing/232599-microsoft-slapped-with-class-action-lawsuits-over-windows-10-upgrade-practices

I always have to agree with him on that one

Yeah, they’re also modifying the group policy editor so that you can’t change certain settings unless you have Windows 10 Enterprise. Even if you go into the registry and change it there, the setting will not change.

well I just had a horrible downgrade to 7

So basically you are having a tantrum on Microsoft?

Ads are annoying from any os user [and it’s why I favor Ublock, Even on my favorite websites.]

Or you can just buy one right at stores,most around where I live still have windows 7 keys. But in the end just order it.

Mac’s are for work so it makes gaming much weaker,And linux just makes me laugh.

But really this seems to be just a tantrum,you are pissed that you can’t mess with ad settings, [Ad blockers exist,deal with them then nothing.] And disabling privacy settings can cause bad shit to happen,including installing MEMZ.exe and other shit. And while it’s limiting it’s still better then nothing. I deal with Cortanbuddy And the windows app via ignoring them,and while the force install was shadier then slim shady it was basicly last chance before paying to upgrade.

And i’m not just trying to defend Microsoft’s actions with windows 10,it’s just that this post feat flawed and it seemed more of problems. Windows 10 is shady as fuck,but I can deal with Cortana and the windows apps.

Also what happend with the windows 7 downgrade?

Yeah basically I was having a tantrum about Microsoft, needed to get it out of my system lol. Oh and with the windows 7 downgrade just had the usual internet issues followed by hard drive issues etc, it’s all sorted now though

Next thing MS will probably do is give benefits to people who bought Windows 10, or alter the free upgraders by bombarding them with bullshit like this. I mean, do you guys seriously think they will just give you their shiny, brand new, awesome OS for free? Because of the way our business world works, nothing can simply be earned for free.
I am starting to fear that Windows is gonna turn into a real circlejerk.

Then you’re in for a real treat, Microsoft just announced that they’re changing their Privacy Statement and Services Agreement so that they’re going to give your data to “others” in “certain cases”. Once again, the quote I put in my earlier post makes sense.

“Nothing is free, and if it is then you’re the product.” -Logan, Tek Syndicate (referring to the free upgrade to Windows 10 from Windows 7/8.1) 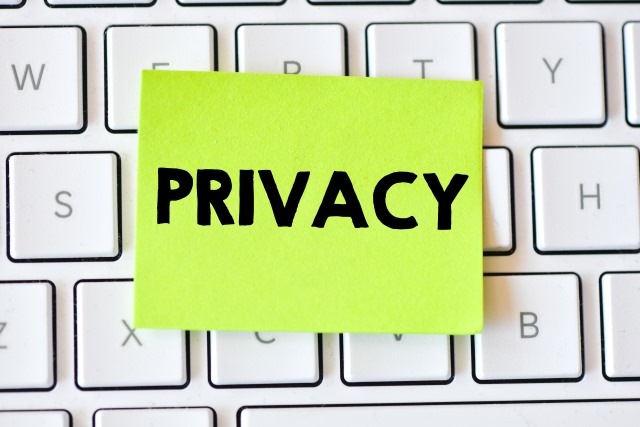 Changes are coming to Microsoft's Privacy Statement and Services Agreement

On August 2, coinciding with the launch of Windows 10 Anniversary Update, Microsoft is updating its Privacy Statement. The company is a little light on the details of exactly what the changes are, but says that more will be revealed on the big day....

This is unfortunately how most companies operate nowadays, thanks to everyone being manipulated into being ok with this, this includes me.

There’s one major reason that we’re in this mess, and it comes down to one question.

Why did we let Microsoft based Operating Systems take a combined >90% market share in late 1993, with that dominance being maintained for over 22 years? (this dominance has recently fallen below 90%, but not by much)

There’s a reason that Microsoft got hit with an anti-trust lawsuit and almost got broken up into two companies, one for Windows and another for their software and “services”. (IE Microsoft Office) With the suit, it also revealed their famed internal slogan “Embrace, Extend and Extinguish”. With Windows 10 (and their aggressive push of it) and the fact that they have such a large market share, allows them to change the rules so easily and so quickly to the point of putting software and services that “compete” with them to be all but killed. There’s a reason why Epic Games founder Tim Sweeney said that Steam will eventually be crippled on Windows 10.

unfortunately due to the way that microsoft has monopolized the market, I now have to shoot myself in the shoot just to feel a little… idk safer? I don’t even know anymore, even then after that all the other companies (google especially) I have to live with them, they’ve forced me into this wall of no escape. Arguing with people about these very “dystopian” topics then get’s you a whole load of crap because people think you’re crazy, maybe I am but I would rarther believe in a worse case scenario where all my personal data is being used for profit (which I’m pretty sure it already is) and I’m being forced into doing certain things with certain companies.

Anyway this post went completly random but… eh whatever lol

It’s not random, it makes sense in the context of this discussion. I mean, where else are we going to go if Microsoft Fails us, MacOSX? Again, this is why we need Linux to succeed on the desktop to prove a large challenge to Windows. Then again we know that Mircosoft is courting with Cannonical the makers of Ubuntu (for the bash terminal in Windows), one of the largest distributions out there, and Fedora and RedHat (for implementations of working on .NET applications in those OSs). I wouldn’t be surprised if in a few years if there was a headline that Microsoft bought out one of these companies, proceeded to close-source or even kill their respective Linux based OS, thus screwing over large swaths of the Linux community.

Yeah the fact that there is no perfect alternative to windows so if windows (like it is atm) fucks anyone over there still stuck feeding’s Microsoft’s success.

I managed to disable it somehow but now i can never use my ‘search windows’ ever again.