It’s just a reskin of Smooth Dirt? What? Why? Couldn’t I just colour the ground red?

I think it might have a different skybox or maybe has textured leaves on the ground? Idk, hopefully it pops up in dev log

It’s not just a reskin, there’s a bit more to it than that.

As much as I love smooth dirt, using snapshots can be rather troublesome, so some more build your own themed condos would be awesome. New environments could be things like: an Island, forest, ice glacier, underground cave, a not-so-smooth dirt, outer space. (Just naming some ideas from pre-existing assets that are already in the game to make them not take many new assets to make) Just a thought since there are so many uses for canvas walls and workshop items and the only limit is the places wh…

There was some demand for more blank/flat variants for people to build in. Considering the Halloween update is coming I thought id try to do a Autumn variant of Smooth Dirt. Its a bit more structured with trees and paths, and has a surrounding skybox (so the map is not actually as big as Smooth Dirt). Its nothing too Fancy, just more variance. It will sell at the same price as Smooth Dirt.

ohhh i see now, yeah that makes sense.
yeah since using snapshots can be a massive pain.

@Lifeless does this mean there’s a possibility for more variations of preexisting condos? 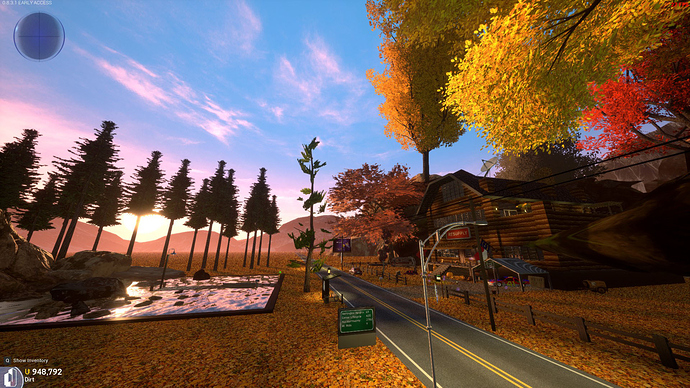 Rip to your dirt

That is super cool looking tho

Hey it’s ok it happens to some people too.