I was playing Kingdom for the first time after the new polishes and I can’t get over how great this area looks - I’d really love to see a map following this theme, taking place underneath the throne room.

The lava could be a dangerous obstacle that needs to be avoided by jumping over rocks/platforms, rising and falling with a smaller area of movement as it gets higher up.

There could also be some kind of baron/count weapon similar to the sword in Mystic Grove (like metal shoes that slow you down but let you pancake the dragon). 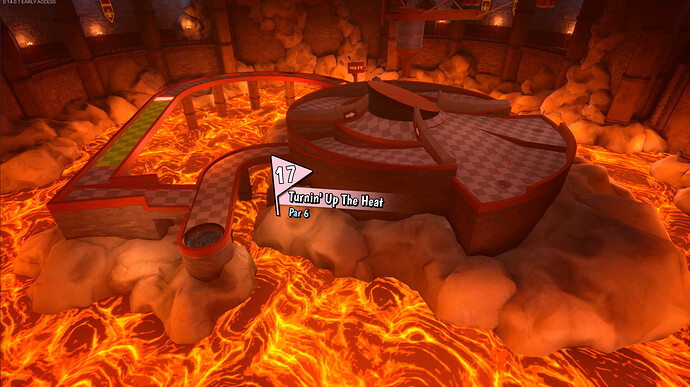 what about like, minecarts that “transport goods” zip by on rails every once in a while (not rly that often) that the knights can ride to go to a different portion of that map quickly

There was a map for UCH that had lava in it–idk if it was in GMT–but whenever it’d get picked matches would devolve into tailwhip-pigmasks-into-lava matches. Having more map hazards like that in LC would be very cool.

Edit like a minute later
This is the map I was thinking of: https://steamcommunity.com/sharedfiles/filedetails/?id=191362028&searchtext=uch

i’ve never seen that before but that is exactly what I was thinking, really odd that that’s so similar to the visual in my head