There’s quite a few shapes that are difficult or tedious to seamlessly include in natural builds at the moment. It’d be great if a set of canvas items was added that could help with this. I made a small list of items I’d like to see, with rough sketches included: 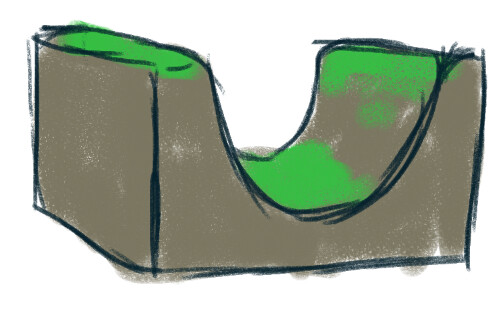 Cave Wall Dome (with a full version too, but I didn’t wanna draw it) 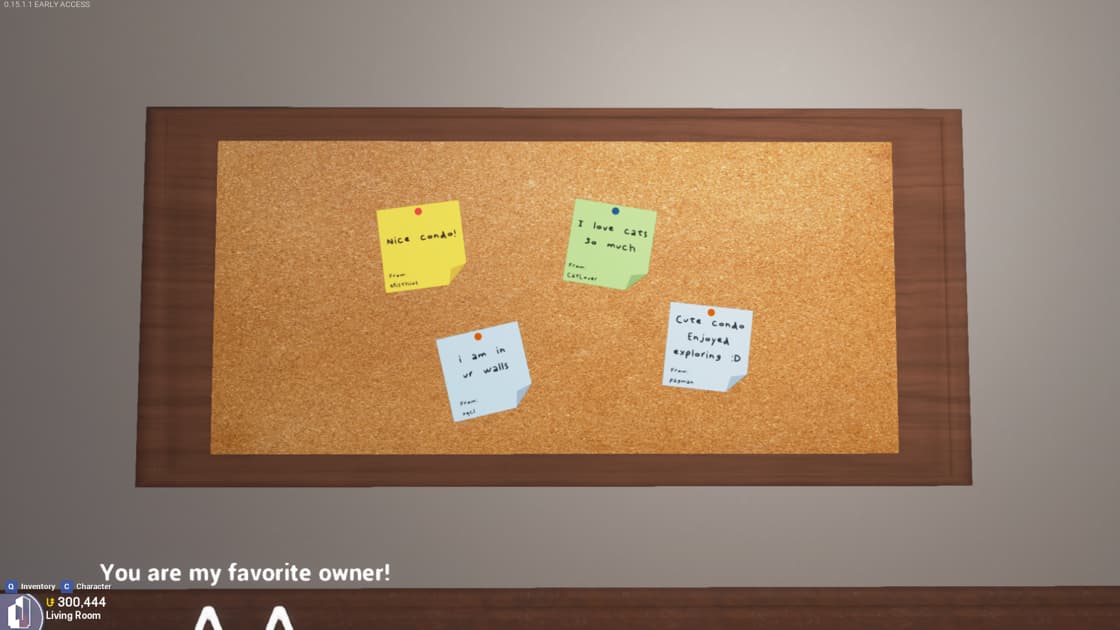 Description: This item allows everyone to leave a sticky note for everyone else visiting the condo to see. As the owner of the condo, you are allowed to ban certain words and certain users to prevent abuse. Clicking on a sticky note will delete said sticky note. 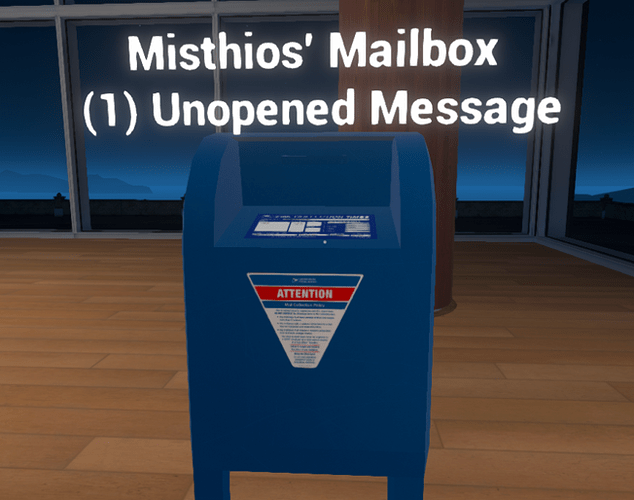 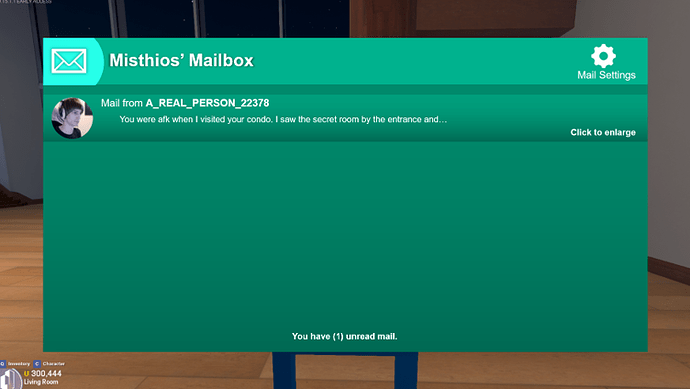 Description: This item allows people to leave messages for the condo owner (and its admins) to read. As the owner of the condo, you are allowed to ban users from sending messages to prevent abuse.

Just had the idea of Vox/Arcade themed glasses that you equip and then they make your view look like it would if you were on 10% resolution scale with r.Upscale.Quality set to 0. Crisp, crunchy pixels. 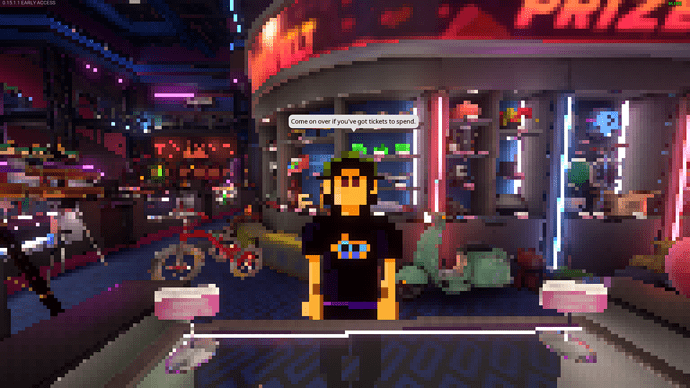 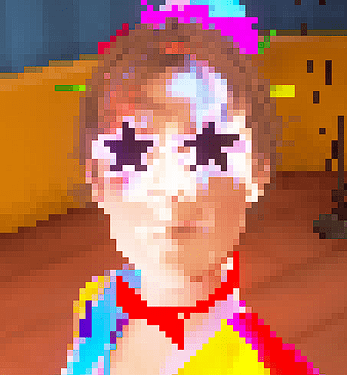 Canvas Cube and Canvas Sphere but with physics enabled

Or a right-click → edit → checkbox to enable/disable physics on existing ones.

How about a Matrix vision variant as well 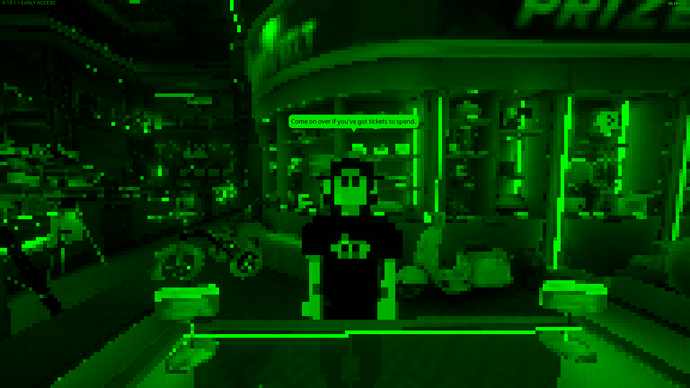 A variant of the Upper Cabinet Shelf with doors, like the ones in Courtyard Villa 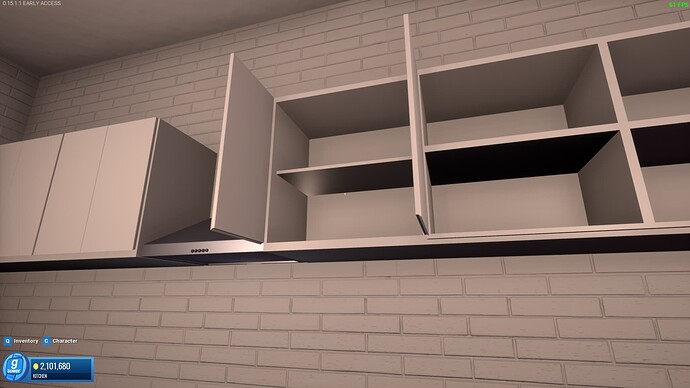 I really want to see a LOT more practical furniture and clutter items. There’s a lot of holiday stuff and niche things that dont fit a casual condo. If you look at the beds, the only ones that fit a normal condo is the simple wood frame bed and the cheap bunkbeds!

Why not add a few more beds with unique frames? or a sleeping bag or two?

I would also really enjoy beach towels being added to the game, since there aren’t many beach items to indicate where you should sit on said beaches.

My suggestion is a potion to transform into Cornelius.

I’d really like a sound pack for the sound emitter that adds all of the Wowozela sounds to it. They’d all be fun to make weird ambience with, but I mainly just want to use ‘ambient’ because I think it sounds cool

I’m aware that there is already a bucket hat (as I’m using it). But I would love a smooth one, made of canvas or something, not just one that has gold snakeskin or whatever it is. I’m not too sure how hard it would be, but I would love it if you could change the color with RGB, like you can with a lot of different items (the mini scooter or text hat for example).

Being able to colour wearables is something that is planned.

Apologies if this has been suggested before, but I think it would be useful (at least for the project I’m trying to work on) for new media players that are shaped like the different canvases we currently have. A semicircle, a dome, a circle, etc.

Restaurant booth CORNER - I’m trying to make flawless booths and this would be amazing!

Bowls. Why can I buy ancient swords and random theatre parts but there aren’t any kitchen bowls lol

Also, I know we’ll hopefully be getting more condo Microgame items in the future like the new playable billiards table and the games teased in the menu icons for the Warp Zone Arcade prize center, but I hope one of them is some kinda board game. Nothing too complex, maybe like a Candy Land or a Chutes & Ladders level game, but it would be fun. Also, chess and checkers since those are the obvious picks. 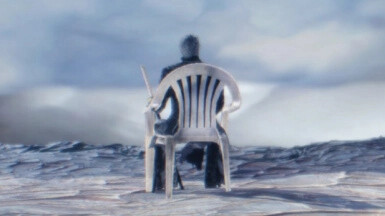 i’m genuinely shocked there isn’t a plastic garden chair in the game yet. Dissapointed too, honestly.

I’m kinda conflicted about the new redesign of the Metal Detector.

Finding treasure by the beeps alone was part of the fun, now that theres a screen its hard not to just use that instead.

What if there were 2 types of metal detectors, the one with the screen would be the DELUXE ULTRA SUPER EDITION and the other was like the bargain basement one that just beeps?