It takes too long to play Halloween events

It is better to change the specification

It definitely doesn’t take 8 minutes to get the coins, at least for me. In around 30 minutes I managed to get 10 of them.

I mean, the event itself is fine as it is

the only concern nitpick i have is about obtaining ghoul coins.

it felt more like a chore to me, felt no motivation to earn it, but these halloween items are pretty amazing…

Don’t you obtain them from just playing activities in general. So really if you’re doing what you enjoy you’ll still gradually accrue coins?

We love this game.
Online increased on Halloween.

We've hit our highest player count since July! We hope you're all enjoying the Halloween update. ❤️ https://t.co/SuLeTedKGx 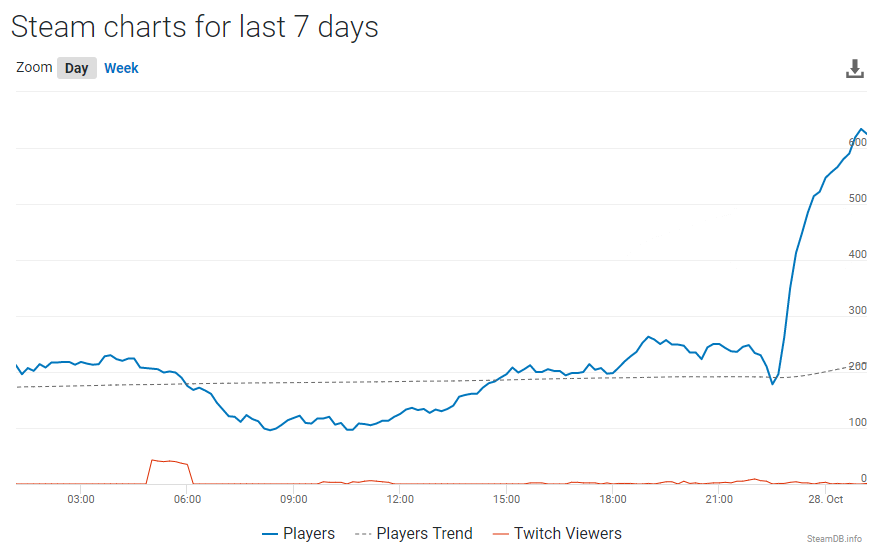 User does not return with current game balance

The fastest Zombie Massacre is 6 minutes 1coin.
10 in 30 minutes is strange

How did you get it?

Yes, it seems you get 3 for every game of ZM, which is a little low in my opinion, atleast 5 should be awarded per game, as ZM is a fairly long game, around 3 minutes each day (3*6=18 minutes per game), so 5 would be a reasonable number.

In the first place, I don’t understand the need for cooldown when acquiring coins.
Even if you get one coin for each income, you need to play nimbas 36 times, mini GOLF 18 holes, bowling 30 times.
This is not a small number of times.

I do agree it was less rng based and more direct (if it is rng based that is)
But they won’t change how it works now since it’s a little too late for them to change it, but maybe next year it can be different

i mean, theres always a hotfix

still such a shame if they can’t

Anyone else notice that every time there’s a new kind of unlockable such as the RC Sleigh, Milestone stuff and Fishing stuff we have this exact same discussion everytime?

yeah true
i feel even though it always happens, its nice for the devs and other people to be able to see others view on the update and features, that way it can be worked to have things in place to stop future problems
such as disabling the sick effect and such

Maybe like every 5 minutes it grants you a ghoul coin?
And ofcourse not to afk/people in main menu, only if you are in a gameworld/plaza (maybe even a condo) and are not afk.

I don’t have any fundamental problems with how the system works (I like that you just play games), though I think coins should be more common, and consistent. People have been talking about a cooldown, and maybe that’s the case, but if so it’s buggy, because I’ve gotten coins for the first two round of LC in a row, then none after. Plus you can get them consecutively in ZM, which would be a pretty short cooldown.

Point is, nobody has any clue how they work, and they don’t appear often enough. My idea is for them to pretty much work as they do now (Though actually consistent), but just be more frequent. For example, in a 15 round LC game, you would get a ghoul coin most of the time after finishing a round, so on average you’d get 7 ghoul coins or more per game of LC (Upon further thought maybe that’s too much, but you get the idea). I think Ball Race and MInigolf can work similarly to this.

I also think for games with longer rounds like ZM and maybe Virus there should be a way to earn multiple ghoul coins at once, otherwise even getting a coin every round of these games might be a tad slow.

Hopefully that isn’t too much to ask for a hotfix (Especially if they’re adding those scythes).

Ghoul coins are also awarded as rewards from turning in the remains, maybe something could be done there?

i mean, if they even considered adding more coins on to ZM (tho more like depending on the difficulty you play, the harder you play, the more coins you get, but thats just me.) i would be much happier about, since ZM is pretty much my all time favorite gameworld.