Would anyone else love to see the bunny models come back? I think it could be a really cool addition.

Those were just so good! I know a skilled team of guys that would be more than happy to help if that’s something the devs would be interested in. Just spit balling here, love the game!

Maybe if you add Easter as a motive to them…

But, honestly, adding rabbits/Bunnies as playermodels could probably cause some fandom/sub-culture issues, thus possibly lowering the amount of players and maybe creating even more negative results.

I’d love to see GTA V’s aproach, though - introducing a way into becoming an actual tiny non-antromorphed animal like a seagull (for the beach) or so.

Just let the servers with custom content handle it, yeah?

This is something that will have to be done through Steam Workshop.

To come back? So, Tower used to have bunny player models?
Edit: Whoa, didn’t know this was 4 months ago

Much, much earlier versions of GMTower had badly modelled rabbits. They were mostly human in appearance, with pointed hands and feet you’d typically see on a ‘chibi’ character.

And triangular heads with two bunny ears atop them.
They came in various colours with certain patterns on them.

I think they were actually inspired from some animated music video.
Can’t remember the name for the life of me.

That sounds kinda creepy… but still I’m curious… do you or anyone else have a picture by chance? 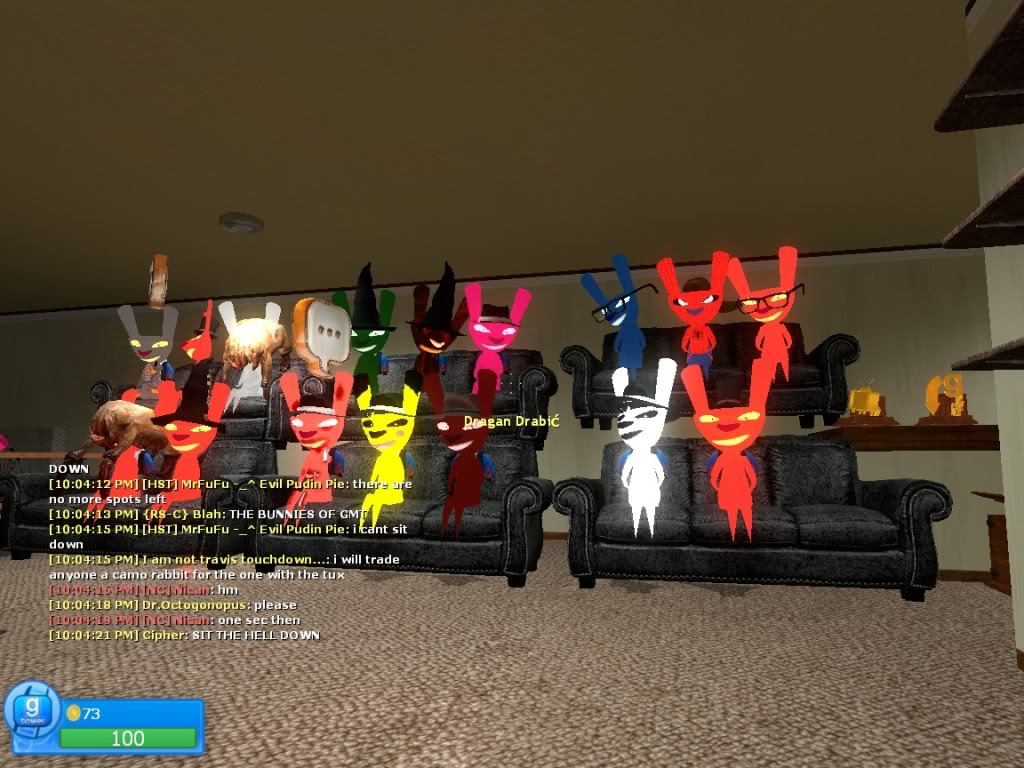 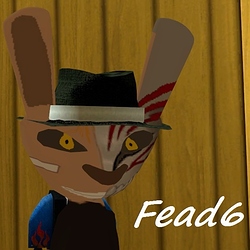 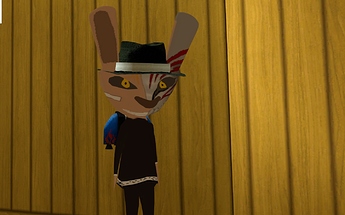 There’s the ichigo wabbit, I owned a camo wabbit myself but I never took any pictures

I don’t know what to think of them… cute, cool, …creepy? I honestly have no idea.

I’ve saved theses rabbits loooooooong ago into my extrenal hard drive, i may re-upload them on workshop if someone needs. (If i’m allowed to.)

However, i think tere’s a version of them into garrysmods.org but i’m not very sure it has all latest skins from when they were removed.

“SIT THE HELL DOWN” omg!
I was there and i laughed hard behind my screen when this has happened ^^

Only i wish theses models will make us enjoying a party of fun again.

I don’t see why this would have to be done through workshop? What copyrights would be hurt when adding the rabbits stock? Said music video thing?
I’d love seeing them come back. We were so oversensitive about fandoms back in GMT that we didn’t add them. I never experienced them, I’d atleast wanna experience them in TU.

I’m pretty sure that PixelTail Games does not own the design/character that the bunnies are based on. So, they can’t use them.

Even if they could, I’m not sure if Mac would want them in, since they sorta kinda pander to the furry fanbase. Kinda.

I personally like the little guys, so it would be neat if someone workshopped them in.

I think its looking like workshop is the best/only way to do this. As long as it is not impossible, I’ll try to get them in somehow haha.

I really don’t get why having anything that can even be slightly related to a fandom is such a no-no here.

I’d most certainly be up to bring these guys back, copyright allowing. Or something similar.

if i could i would already have asked for zelda stuff but i need to work on my own modded server and i don’t look forward to it.