For me the Detective achievement and The Spoils of The Dead achievement don’t unlock, i remember completing them last year but they just never unlocked for me

I can’t unlock Haunted Friendships. I’ve met all the Halloween characters many times over, including meeting all of them over again during this year’s event.

I have neither the Steam achievement nor the in-game completed status for this, though I have definitely completed it many times.

Same as Dip above me, last year I should have unlocked Detective, Spoils of the Dead, and Stingy Jack achievements but I did not. I hoped that the achievement would fix itself, I believe it was during the era of the game when Steam messed up all the items and tracking, but the Halloween event is here and it is the same as last year. All of the Jack-o’-lanterns, skeleton piles, and treasure chest are activated, but still no achievement.

You can reset the progress on Halloween quests by going to Settings > Game/HUD > Misc > Reset All Plaza Trackers.

Are you trying to reply to the other two who are seeing in-game progress but no Steam achievement, or me, as well?

All the other achievements worked fine for me, triggered both in-game and on Steam, but Haunted Friendships never triggered any progress in-game or on Steam.

To everyone, generally. I believe the Plaza tracker reset works with Haunted Friendships too, though. I had issues getting it a while back, but resetting and then talking to everyone again unlocked the achievement for me.

Thanks. It worked for me, too.

Making a vote doesn’t really work no matter how many workshop items I vote up. And yes, I rate them in the game, not on the workshop.

These workshop ones are odd because someone in the Discord the other day was also saying it was broken for them, but when I tried them they worked for me, and upon trying again it worked for that person as well. I just attempted this again on a third account and was able to get both of them so this seems to be inconsistent. 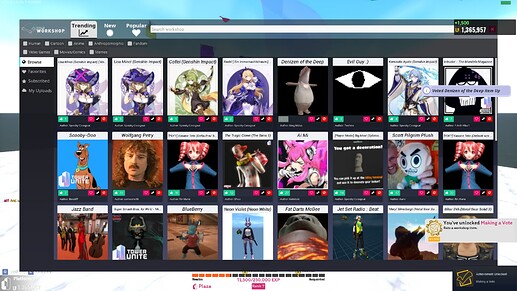 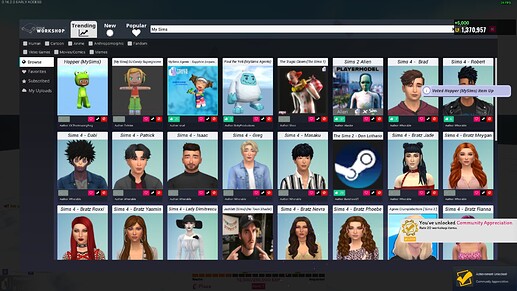 Seems it only counts when in that menu and not when I look at another player’s model, my bad

a worthy offering to the gods still bugged