Here’s a number of additional events that I think would be helpful to be added to existing items:

Casket has door events (on open, on close), but not bed events (on rest).
Toilets are missing seat events (on sit).

I also have a few I think would be useful–

Instruments like drums, pianos, bongos and drum machine could could get the OnSit event, and the guitar could get OnPlay or something. Could be used for turning on spotlights facing at that specific instruments position on a stage.

Hockey and football/soccer nets could get an OnGoal input and the Basketball Hoop could get an OnBasket input. Also an input that gets triggered when the number on them is reset with the button.

Trampoline could have an OnBounce event.

Birb could have an OnDamaged event. Maybe also one for when it’s no longer scared/it’s balloons pop.

The turret was mentioned in the original post, but different OnSit and OnFire events could be nice.

Laser Tag Vest is one that can be used but doesn’t have the OnUsed event. Could maybe also have different outputs for which of the teams is selected sorta like the dice or dreidel except instead of it being random you just are cycling through.

Useless Box is another one that can be used but lacks the OnUsed event. Could also have an additional event for the secret catsack kick.

The Spikeboard and Iron Maiden could both have OnKill events (maybe also the hurt volumes, idk if something added with Condo IO counts as an existing item).

The Gumball Machine doesn’t prompt you to use it, but if you do it does a little pop sound, so maybe that could get OnUsed too.

Clock, Wall Clock, Pumpkin Clock, Grandfather Clock, and Glow In The Dark Clock show local time for clients, so I’m not sure they’d be greeat for Condo IO, but maybe you could have them fire off events at selected times. Like at midnight have uhh a werewolf sound. Or hourly music changes like Animal Crossing without having to do bonkers delay times.

Laser Projector could get the regular light outputs of toggling, turning on, turning off, and so on. Hiding works to get rid of the lasers but if you want the actual projector to stay you’re kinda outta luck atm.

The Recharging Station milestone could have OnRechargeStarted and OnRechargeEnded, would be nice to use like a healing station with slow health regen while the cord is attached.

Decorative Remains lack an OnUsed or equivalent OnDisturbed event. That’s something I could see people using in spooky builds.

Potion Bottle could have an output that adjusts it’s “Contents Amount”.

Also the casket not having an OnRest event thing is shared with the Tomb as well.

Thank you for listing all of these. Adding IO events is not too hard and offer a lot of flexibility to builders.

If i may add a suggestion;

Laser Projector and smoke machines to be toggled on/off

I was going to make a bug report for these items specifically, they don’t seems to turn on or off when linked to IO items.

Haunted Piano is missing a use event and could probably use Play Random Song and Play Song X outputs.

Number sign items (Glowing and regular) could have a number changing setting with IO.

Would also be nice if spritesheets had an option to play once and then hold the last frame.

Adding onto this thread a bit more, additional ToggleRainbow and SetFunction actions for lights would be great. SetFunction would especially be useful for something like a power outage sequence, where the lights are set to start flickering for a second before they turn off.

edit: also an OnSpin event for the Spin to Win wheel would be good

God please, this would add so much for custom minigames

That’s supposedly coming in the next update 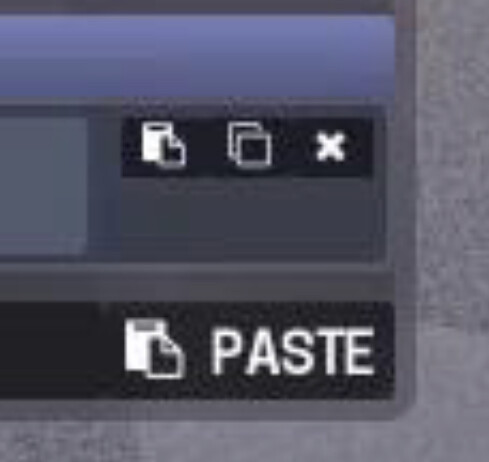 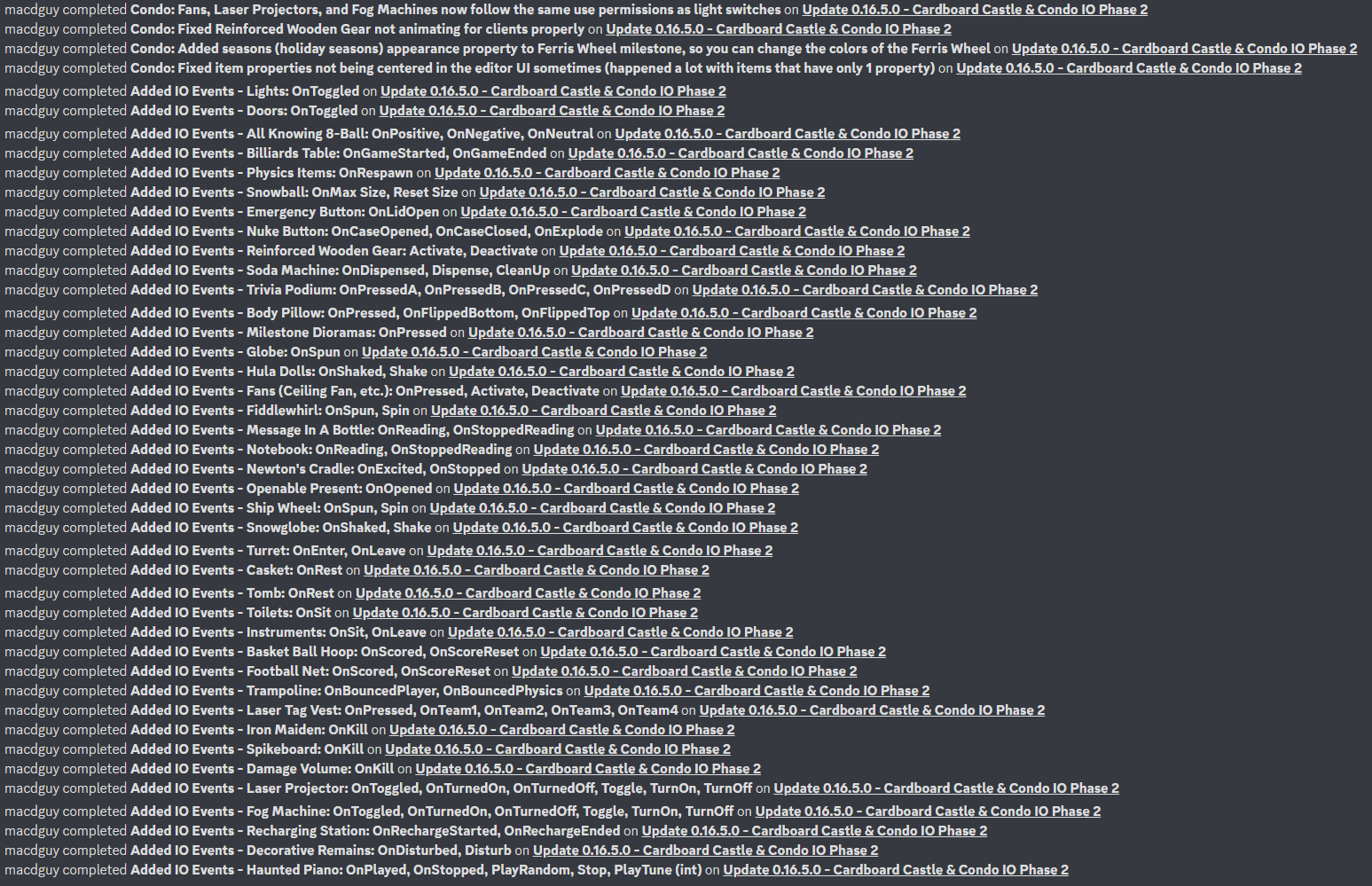 Having the abilities to hide/unhide any object would be nice, some self occlusion on larger maps where no one is present.

Having the abilities to hide/unhide any object would be nice

Idk if you’re suggesting this or not, but if you connect an item using the glove you should already be able to do this.

ive been doing it manually since things are wide distances, so ive never actually tried that, ill take a look, but that makes sense to not flood the connections box with non-interactable

In the next update, there’s a toggle for the connection box to show all items so you’ll be able to do it without the tool as well.

Having the abilities to hide/unhide any object would be nice, some self occlusion on larger maps where no one is present.

This is in the works.