Not sure if this just hasn’t updated, but earlier today, I grinded to 800k Milestone in Zombie massacre from a little bit over 400k. Upon reaching 800k, I went back to a lobby to go look at the Egon Cannon, and I noticed I didn’t have it in my inventory, or the RC helicopter(I skipped the lobby for this one because I didn’t care). I assume this was just a server issue, but upon logging back on later tonight, to see if it was fixed, my milestone seemed to of gotten rolled back to around 690k. Not sure if this will be fixed when the servers come back, or what. Figured I’d post about it regardless, just in case. 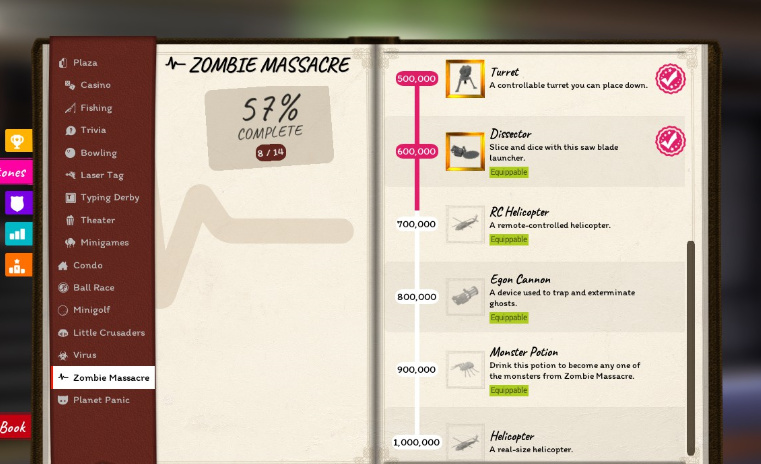 The backend is currently down, it can’t process your exp, units, etc.
See What's Been Going on Since 0.7.0.0 Released for more info.

I don’t quite understand what you mean by that. For clarification purposes, do you mean to say that it will update upon the backend coming back up? Or that none of my progress was recorded and will simply stay at what it got rolled back to.

Your progress only saves if you don’t close the game when the backend reconnects. If you’ve played a few games without being connected (since the backend that manages that stuff is down), closed the game and then reopened it, it wont save.
Just gotta be patient, these issues are currently being fixed and then it won’t be an issue ever again.

Ok, so the latter of the two. Thanks for the info.

Yep. I wouldn’t recommend grinding anything out until the backend is back up and running since you’d have to keep the game open until the backend came up again for the exp to actually save, which we don’t know when will happen.

Yeah, I wasn’t aware of that till now. Which is highly unfortunate, but I guess It is the reality of the situation. lol

Well, the back end is more stable now so progress won’t be lost anymore.