[0.15.1.0] Sustained notes remain sustained after getting off piano

If you’re on piano and then get off of it, notes will stay sustained if you don’t let off of them.

Got on a piano and press some keys down and then get off/stash it (without lifting the keys).

If you get off of the piano (or it’s deleted) that it would release any held down/sustained keys/notes. I don’t expect it to stop immediately or abruptly cut off, but to fade out the same way it would if you just let go of the key.

They stayed held down. It is also susceptible to desync, so they might not be held down for you but may be for others.

Not really much of an inconvenience now as the piano sound fades out, but if any of the new sounds planned are able to be sustained for longer (or like- indefinitely), this could be an issue because it’s one thing if someone’s actively and purposefully spamming notes, it’s another if it’s an accidental thing and now others just have a bunch of random noises coming from seemingly nowhere.

Exiting piano while keys pressed (can see the depressed keys) 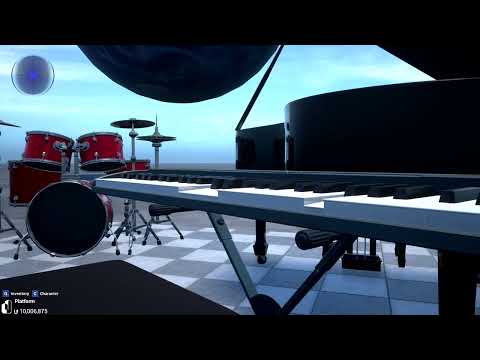 Having piano deleted while keys are being pressed

Thank you. I made it so all sounds are ended when the item is removed, and when the player leaves it. Keys will also lift when released while sustained. This will take effect with the next update.