TL;DR still need OPENSSL_ia32cap and ~0x200000200000000 in system variables for canvas data and patch notes to work properly. But the game does not crash on startup anymore at least.

Have the latest update that fixes the crashing bug for 10th and 11th gen intel CPUs
Remove the OPENSSL fix as described here Crash On Startup, No Error Message - #25 by Caboose700 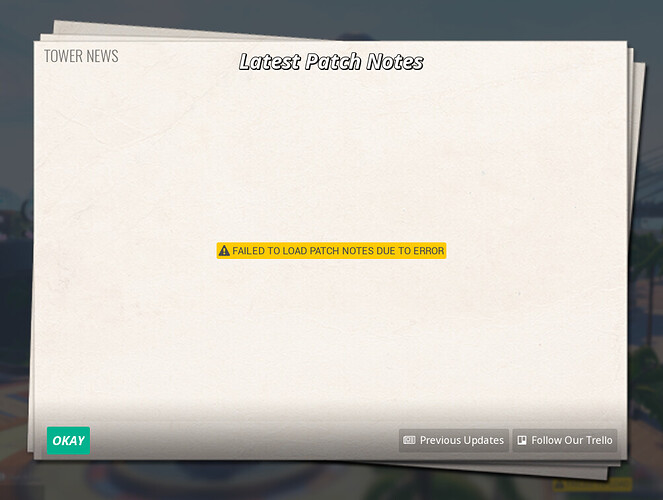 had the game since November and I’ve never once seen the patch notes, or a functioning canvas

on startup- “patch notes failed to load due to error”
every time, files verified multiple times

canvases- either load infinitely, or say failed to load
all settings quintuple checked, reload attempts always fail
doesn’t matter if its my canvas or not, always fails

also some events are unavailable as well, there was a double ticket thing (for the arcade) a while back and everyone whom had the patch notes work were able to participate

those whom they don’t work for, didn’t get the 2x tickets, nor did they know it was a thing (unless someone else said something)