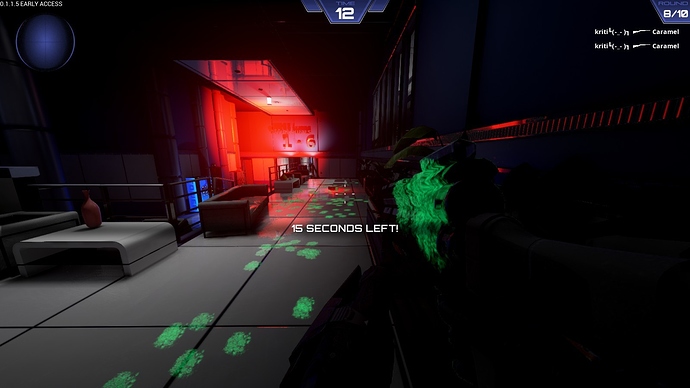 Could you please specify what the issue is here?

I don’t see anything wrong with the floor’s reflection.

All I see is a beautiful game of Virus.

Not seeing any issues here. If you’re referring to the green stuff: [quote=“Radek, post:4, topic:11310”]
Just looks like the virus’ dripping blood.
[/quote]

Infection blood on my gun after I move to the corner of the map area.

Unreal has a terrible decal system.

Only the rewards that were already given out for either being an old GMTower player/VIP or a backer of the Tower Unite IndieGoGo campaign.

Hey Macdguy! I notice you edited the title so does this mean its a bug or it’s Unreal’s fault?

It’s Unreal’s fault - could also be my fault. Their decal system is just completely trash. I’ve tried everything I can to make it look good, but I might have to remove the blood altogether. I renamed it because its more descriptive so I know what it is.

Oh okay thanks! Wasn’t sure if it was from the floor on the map since in know it has that light reflection thing on the floor.