Workshop? and how will it work?

Will we be able to make maps that could be voted into the game?

And can we make custom hats and accessories? and which 3d program can we make it in and how do we submit it? 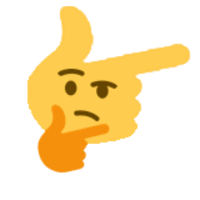 Hi everyone, yesterday we drafted up a specification for how Items will work in tower. We've managed to work out most of the kinks with user created content and officially created content. This is open for discussion, as we're still working on it. We want to know what you guys think.

Tower Unite Item Specification v1 Definitions: Ranked Server: a server running unmodified code with VAC enabled Item: an object in the game which can be owned by a player and can be placed in the wo…

What kind of mods can be made for TU through Workshop? Questions

Will it just be player models and arcade games? Or will we be able to replace music, sounds, and maybe models for certain items? (A good example would be replacing the TNT model in Virus into a bottlecap mine from Fallout.) Of course, any mods of that sort would only be seen/heard by whoever has the mod installed. Sorry if this has already been asked, but I couldn't find another post regarding the limits of Workshop mods.

Is it planned or will there be some kind of custom content of some sort . I really want to make a light saber

@DENMarkus to answer your questions:

Whoops. Didn’t notice that. Fixed it.

The problem with this is that it requires developer interaction. While this is fine when they are focused on TU, the truth is that eventually they’ll need to move on. It takes time (and, by extension, money) to inspect each submission to see if it’s worth adding (even if they’re filtered by vote). Eventually, this results in solid, new submissions being completely omitted because no one’s willing to put the manpower into slogging through all the submissions.

Not only this, but by restricting content shown to officially sanctioned content you’d also be restricting creative freedom. By just giving each player agency over what they allow to be shown to them, it not only allows for greater freedom in the creation of community content but more personalized filtering of that content as well. Remember all the fun models you could get in GMT? With a free workshop, those could return since the workshop is just a collection of mods and, by extension, isn’t really bound by copyright limitations. Officially sanctioned items are.

Sure, you’ll end up with the occasional person who’s looking to abuse this by running around as a giant dong or something. I’m not saying that this won’t occur nor am I claiming that this isn’t an inevitable problem. I just believe that giving players more freedom tends to result in greater things being produced and a more positive outcome as a result.

Look at gmt they took the models they wanted from the workshop and added them in. That way there was something for every one and notniust anime and giant dongs

GMT was a mod and, as a result, not bound by the same copyright limitations that TU is. Pixeltail can’t sanction a Link or Liberty Prime playermodel anymore. We won’t see the G Men running around with Marty McFly unless Pixeltail allows the community to do their thing on their own time. Even if freeing the people to make whatever they want means unleashing a wave of nude anime girls and giant dongs, I still say release the floodgates! I would rather see people expressing themselves to the fullest than being locked behind some arbitrary gate of approval. No one’s forcing anyone to view these playermodels, after all; there’s a reason the devs are being careful about making suitable content controls.

I’m cool with this idea under one exception. I should be able to block their avatars by username, so I won’t be seeing their disgusting avatar choices.

Like, right clicking on their avatars and then giving me the option to block their avatar.

My other idea would have been to hire some people to moderate the workshop. Those mods are able to approve certain playermodels that fit the criteria(polygon friendly for example). Each player model or furniture should also be purchaseable for a hefty price, maybe 30k units.

Blocking custom models on specific players is a good idea, I can see that working like canvas parental controls. Having people moderate the workshop might be too costly for not enough benefit. I’m sure they can make it so that workshop submissions don’t exceed certain limits, and of course all NSFW content will instantly be removed as it goes against Steam policy.

For that last point I completely disagree. Custom content shouldn’t cost anywhere near that much if anything at all (it has been said on stream that workshop content will be free in-game). TU simply isn’t the kind of game that should limit players’ ability to try different models out. As for furniture, I do feel that it may be unfair to players who’ve spent millions on furniture, so to mitigate this, how about some achievements/milestones for having your condo be worth X amount of units? It would be fun to have a big goal on all parts of the game, whether it be minigames, plaza activities, or condo building.

For that last point I completely disagree. Custom content shouldn’t cost anywhere near that much if anything at all (it has been said on stream that workshop content will be free in-game). TU simply isn’t the kind of game that should limit players’ ability to try different models out.

Getting units in this game isn’t even that much of a hassle, especially with the recent payout buffs. Wouldn’t that encourage people do actually play gamemodes? Not everyone wants to build giant structures. Therefor, some people have like 200k units with nothing to spend on. The price for playermodels or furnitures could be a bit cheaper, I admit.

Also i don’t really understand what you mean by this:

As for furniture, I do feel that it may be unfair to players who’ve spent millions on furniture, so to mitigate this, how about some achievements/milestones for having your condo be worth X amount of units? It would be fun to have a big goal on all parts of the game, whether it be minigames, plaza activities, or condo building.

For the whole grinding thing, I just think the pros of free player models outweighs the cons. I’d be fine paying units for official ones but they can’t really mediate that if we play on unofficial servers.

As for the furniture thing:
I did write this at like 3am so maybe my point didn’t get across very well

Basically I was just saying I agree free [workshop] furniture could feel unfair to people who actually did spend money on their condos. My idea to deal with this is to have milestones based on the net worth of your condo. For example, a milestone for having your condo be worth 5M units would only be obtainable if you legitimately buy furniture.

well if you guys dont agree eith payed playermodels i think furniture shouldnt be free, no one would place the minigames at all since they can get what ever they want for free