The Wishy Washy Waterfall update is here, introducing a new map for Accelerate! Race down a high-tech track through a valley of cascading waterfalls, maneuvering around tons of curves and boosts. This update also introduces new sound effects and drifting/boost mechanics for all of Accelerate, so check those out as well! 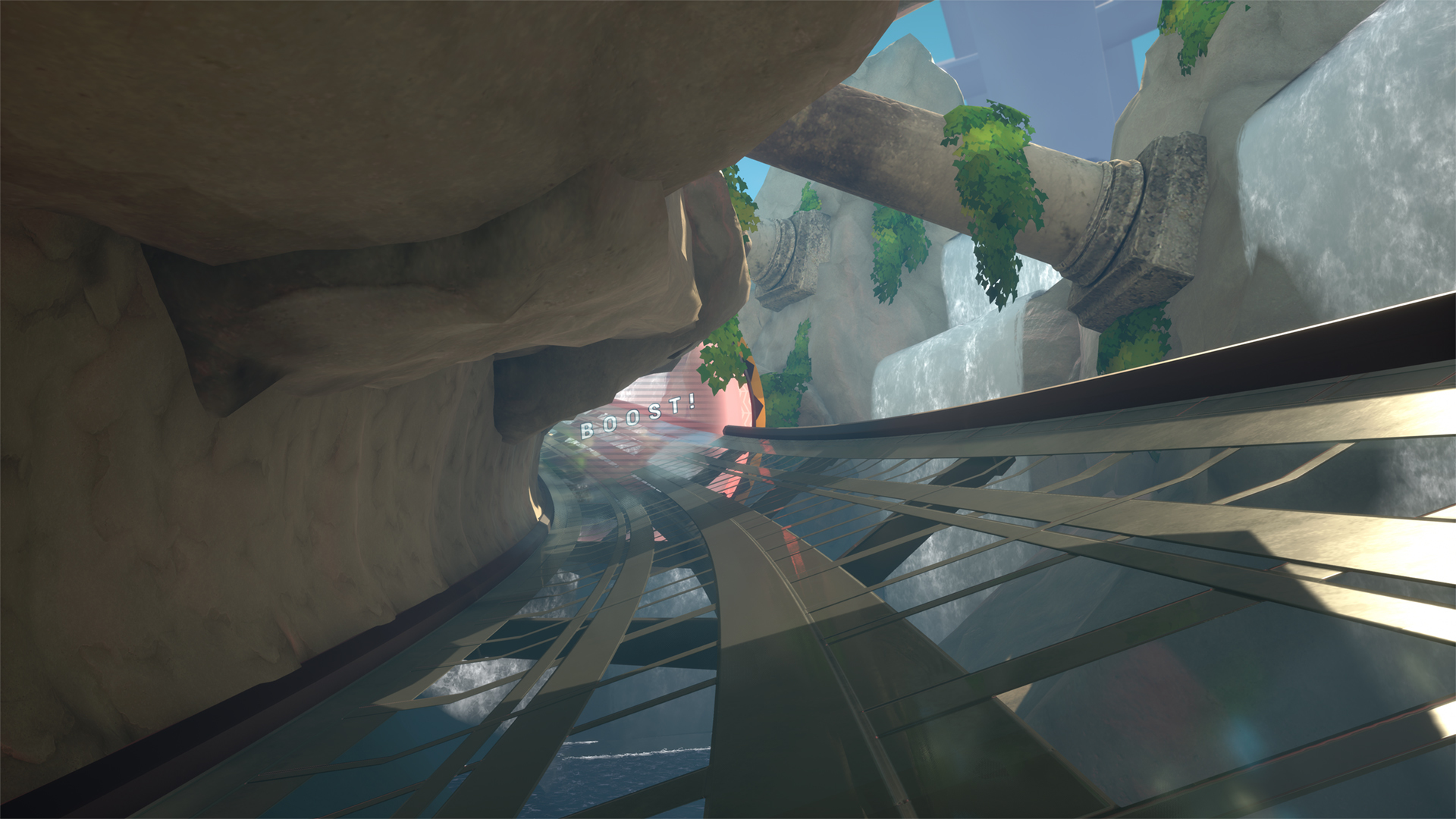 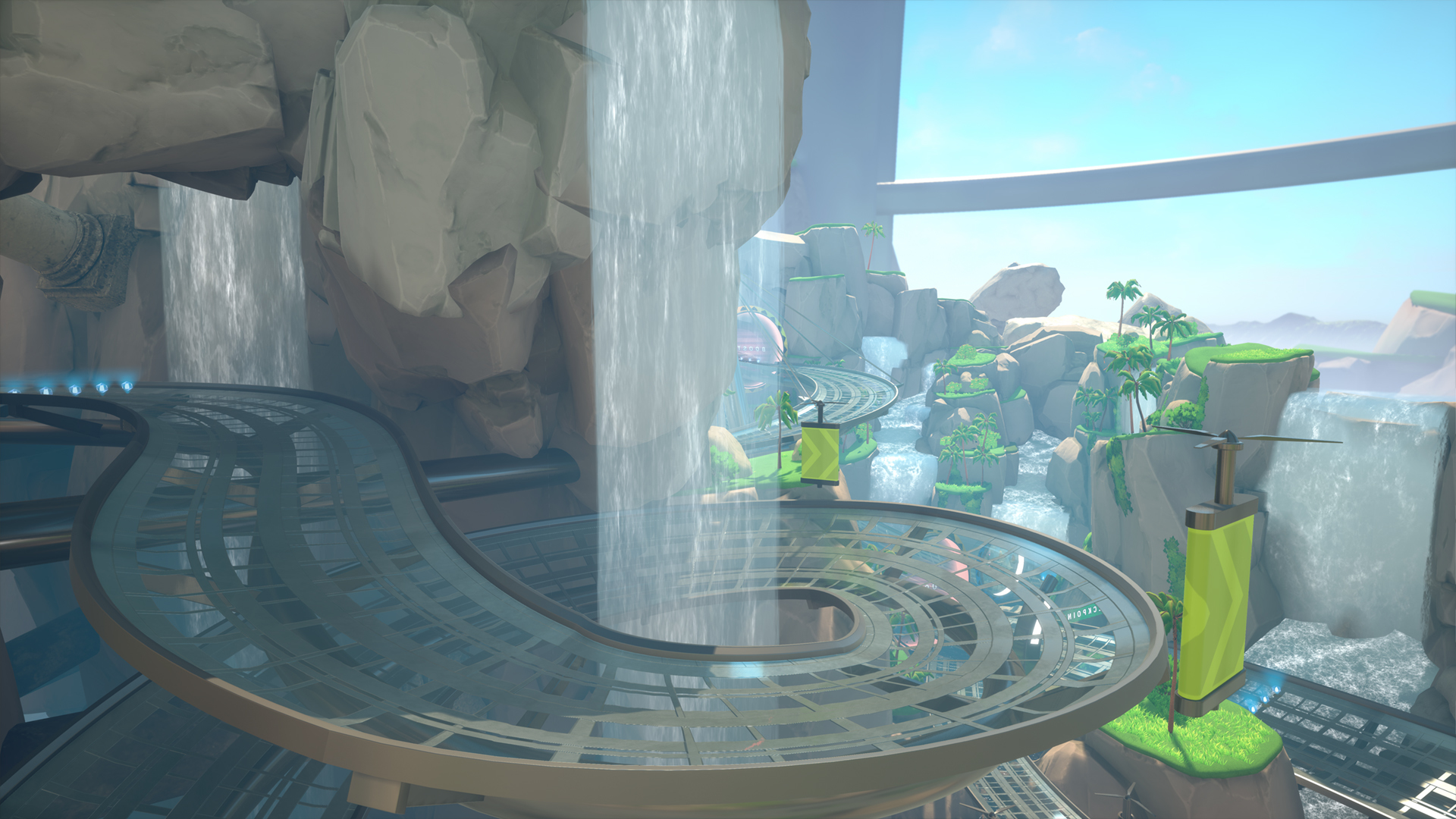 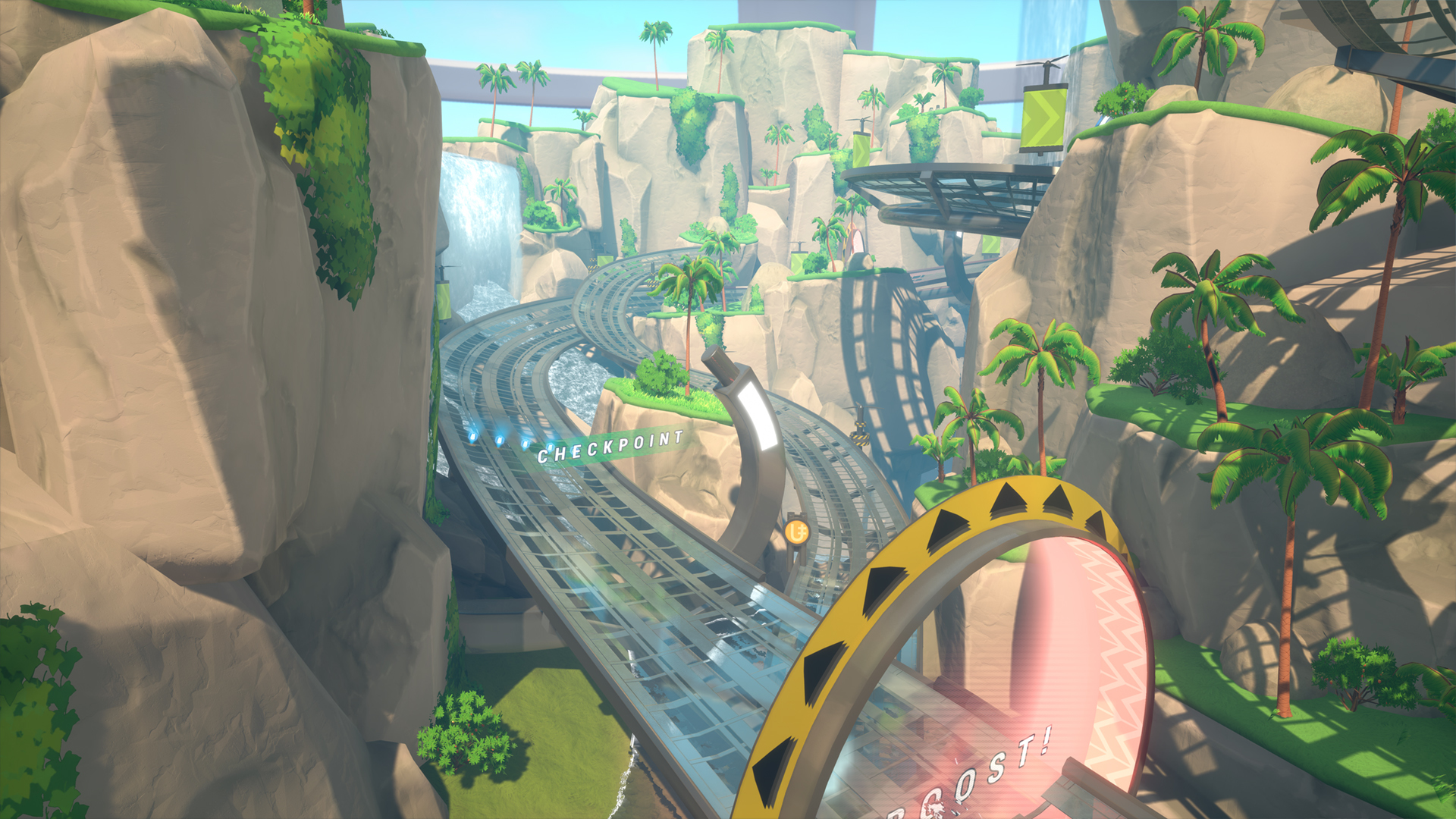 As mentioned in our most recent devlog, we also balanced several Virus weapons, including vastly improving the Sonic Shotgun. We added Dual Silencers, which replace the single silencer weapon, increasing your survival chances. The Sci-fi handgun now has automatic burst fire, and we also increased damage for the Tommy Gun and the Sonic Shotgun.

We are working behind the scenes on improving static mesh workshop models for Condos, such as improving the lighting on them, which will be included in a following update.

Several games in the Arcade have been adjusted as we begin work on Arcade: Phase Two. Newton’s Apples, Bug Bytes, Ring God, The Offering, and The Ice Cave have all been changed, and work will continue on them and existing unfinished machines for the next updates.