Why does this UI decision exist

In a recent update, the tab menu had a small UI change for when you click on someones name. It now shows a new top down menu.

Apparently, according to some people I talked to. It was made to make it faster to mute/block/report someone.

However this menu does not make the process faster, it takes the same amout of clicks that it did before to mute someone with the old UI compared to the new UI. So why was it changed 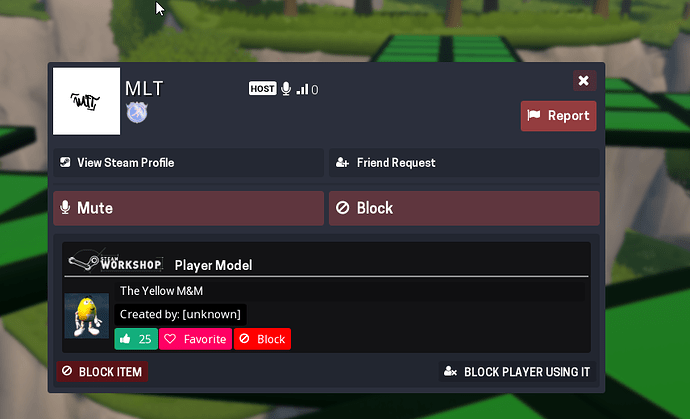 With the old UI you get to what you want in the same amount of time and you get more options compared to the new menu. Now if you want to get to this menu, you have to click two times.

I may seem really petty right now, but this generally annoys me as I don’t understand the reason for this UI design to exist. It just causes more headache then it needs to.

I would like to know why this was made, and if possible for this UI change to be reverted.

I prefer the change as it makes muting/blocking a number of people a lot faster than the prior UI.

It was made to make it faster to mute, block, block model, and report. It’s also available in the chat box as well. It’s a lot quicker, considering it does not fill the entire screen and the buttons for the main actions you’d want immediately are right there, directly under your mouse. You don’t have to visually search for mute/block options on a giant full screen popup profile or have the popup get in the way of your current game as much.

The profile menu was never meant to be the quick way to do all those actions. The profile is a more detailed view of another player, including their permission settings, and more information about the model they are using. Eventually I plan to show more details on the player profile, which would further complicate the quick actions that most players would want immediately.

I’m with OP. Perhaps I’m underestimating how much people block each other in this game, but I almost never use these features, but I did frequently use the others, like viewing what player models people are using and the teleport options in condos.

You can use the teleport feature quicker now by right clicking on users.