Normally I’m against posting incomplete condos, but after sinking about 200 hours into this beast I’m willing to make an exception (this includes making any custom textures/editing pre-existing)

Based on the SCP Foundation Research Site-45, the site currently includes: 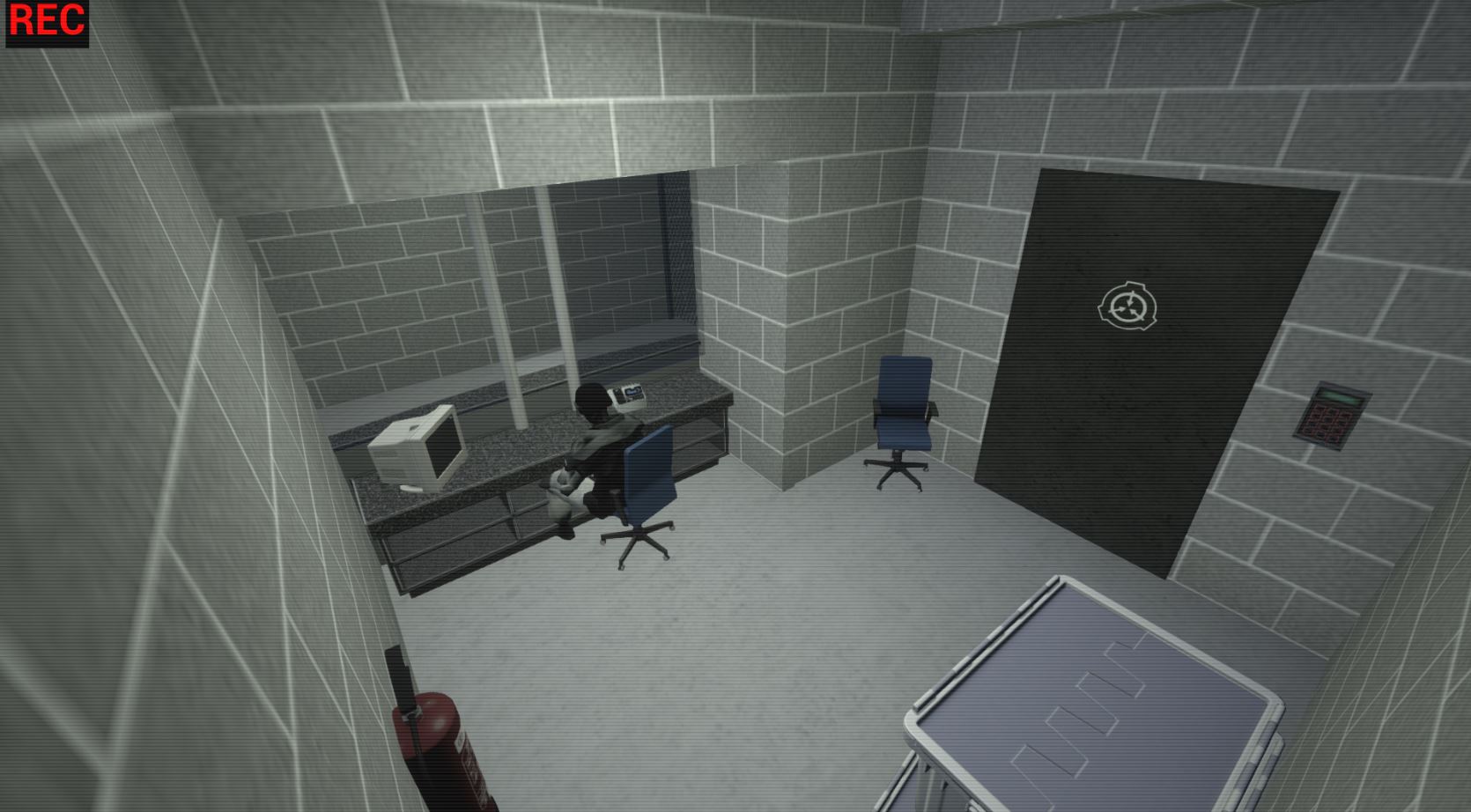 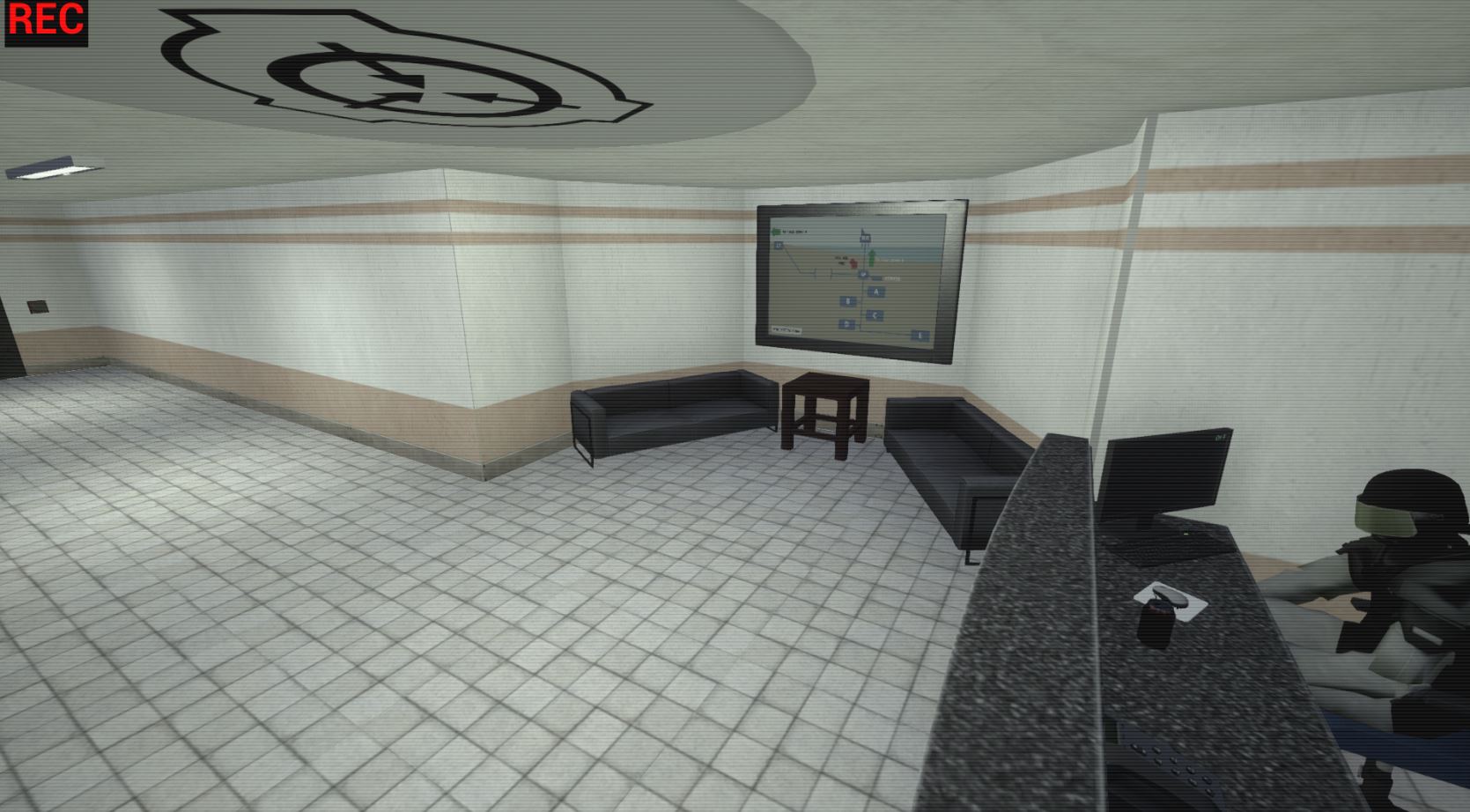 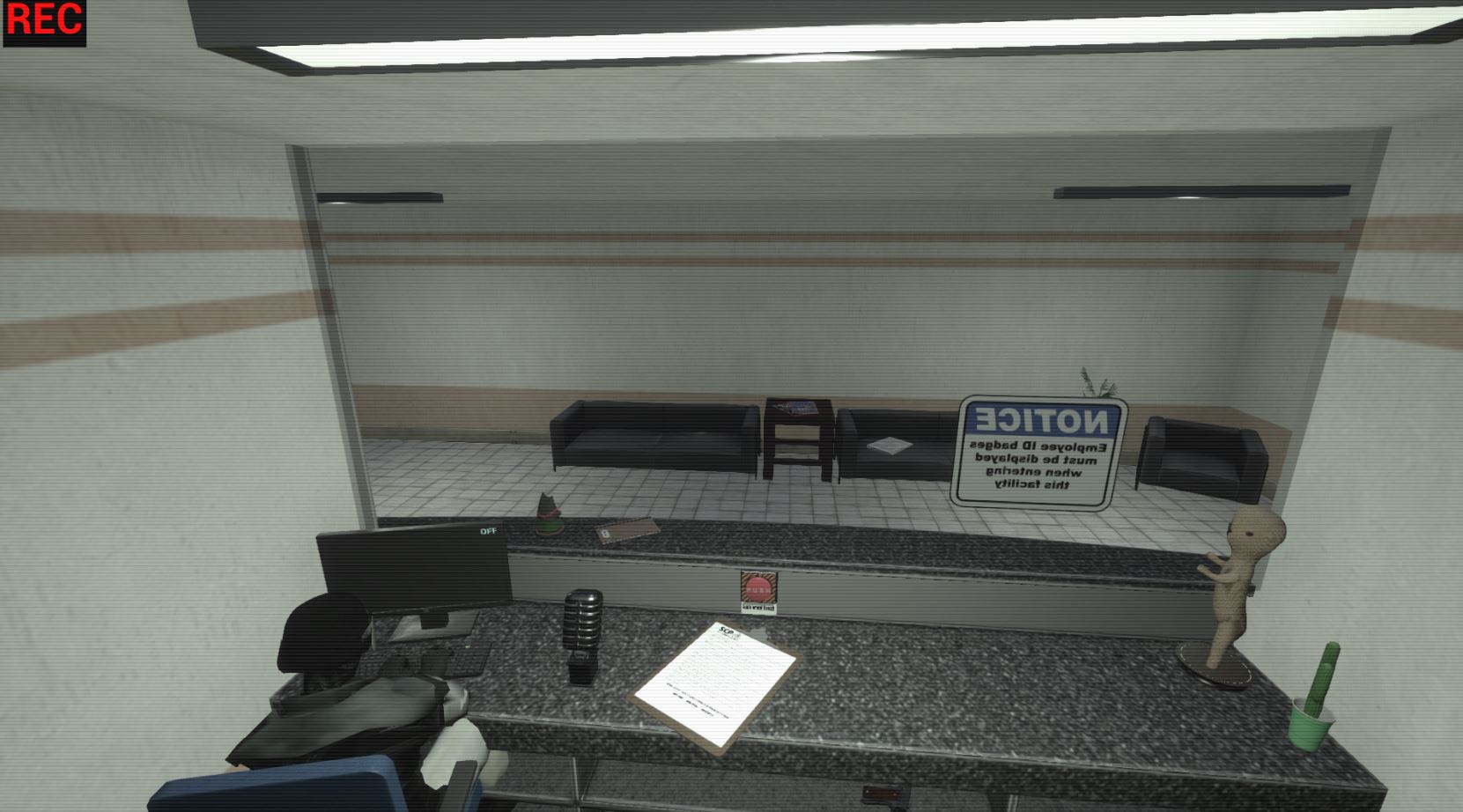 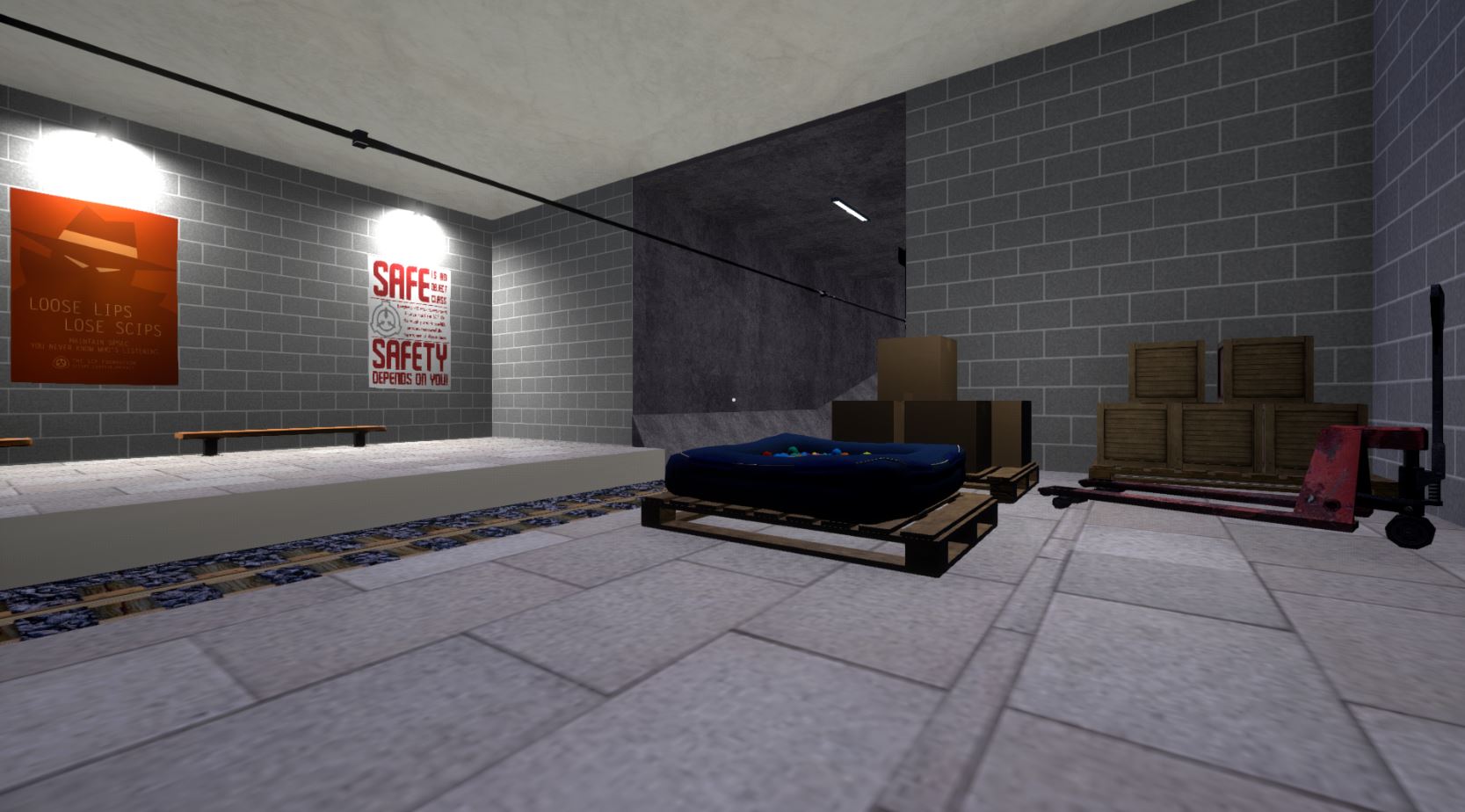 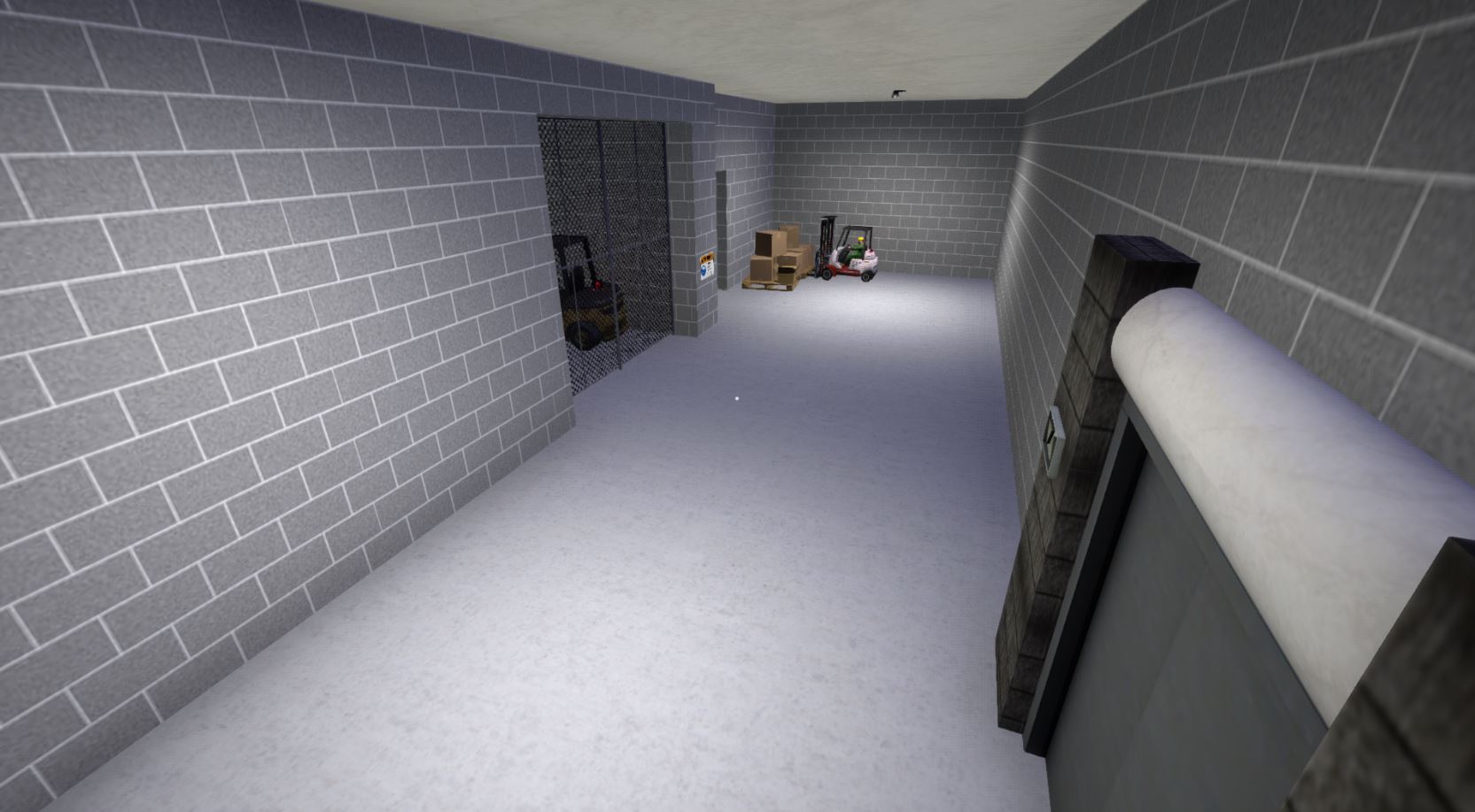 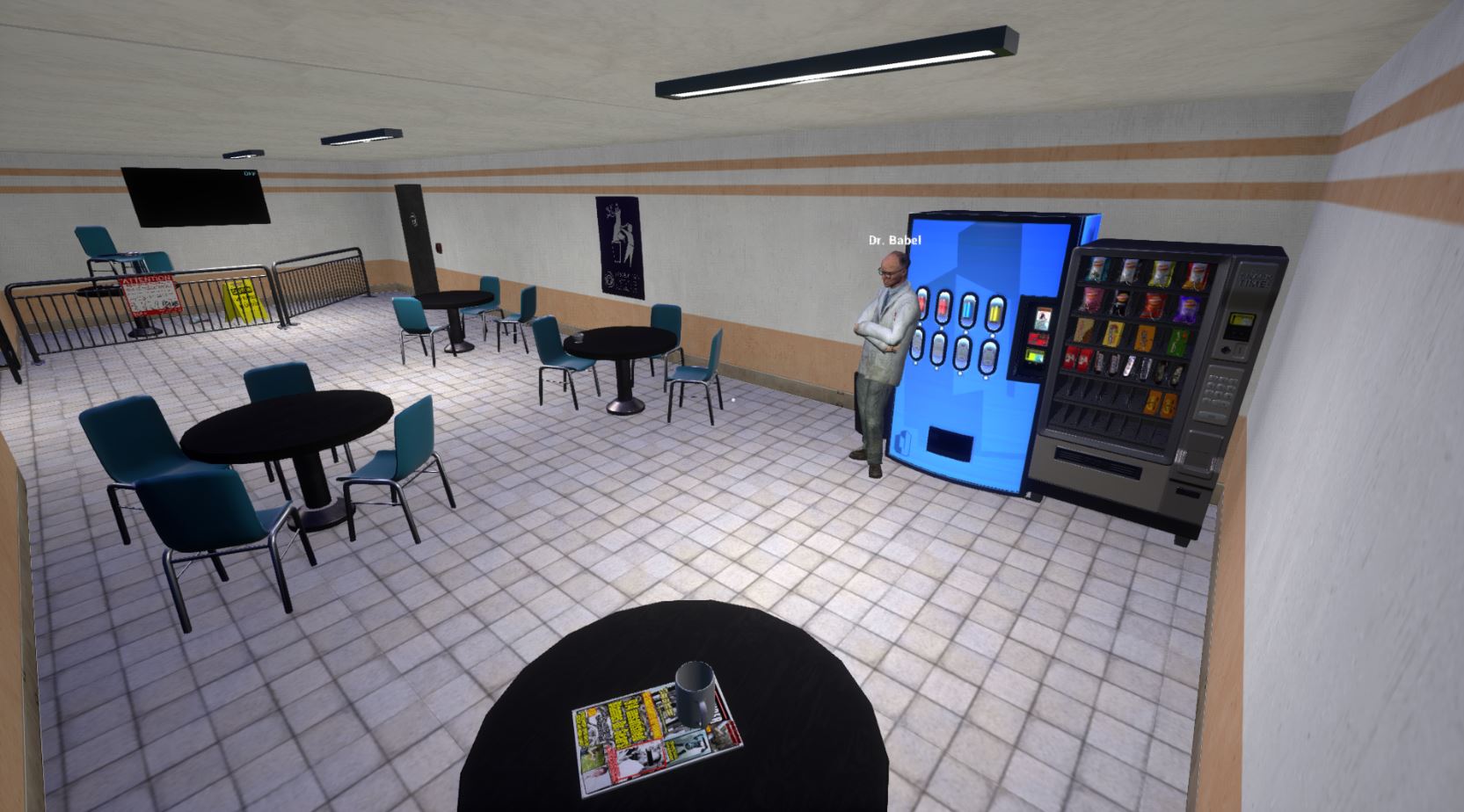 While the ‘expansive warehouse’ was marked as completed, in reality only about 3/4 of the room was completed.

Now I feel ready to share some ebic screenshots of the room. 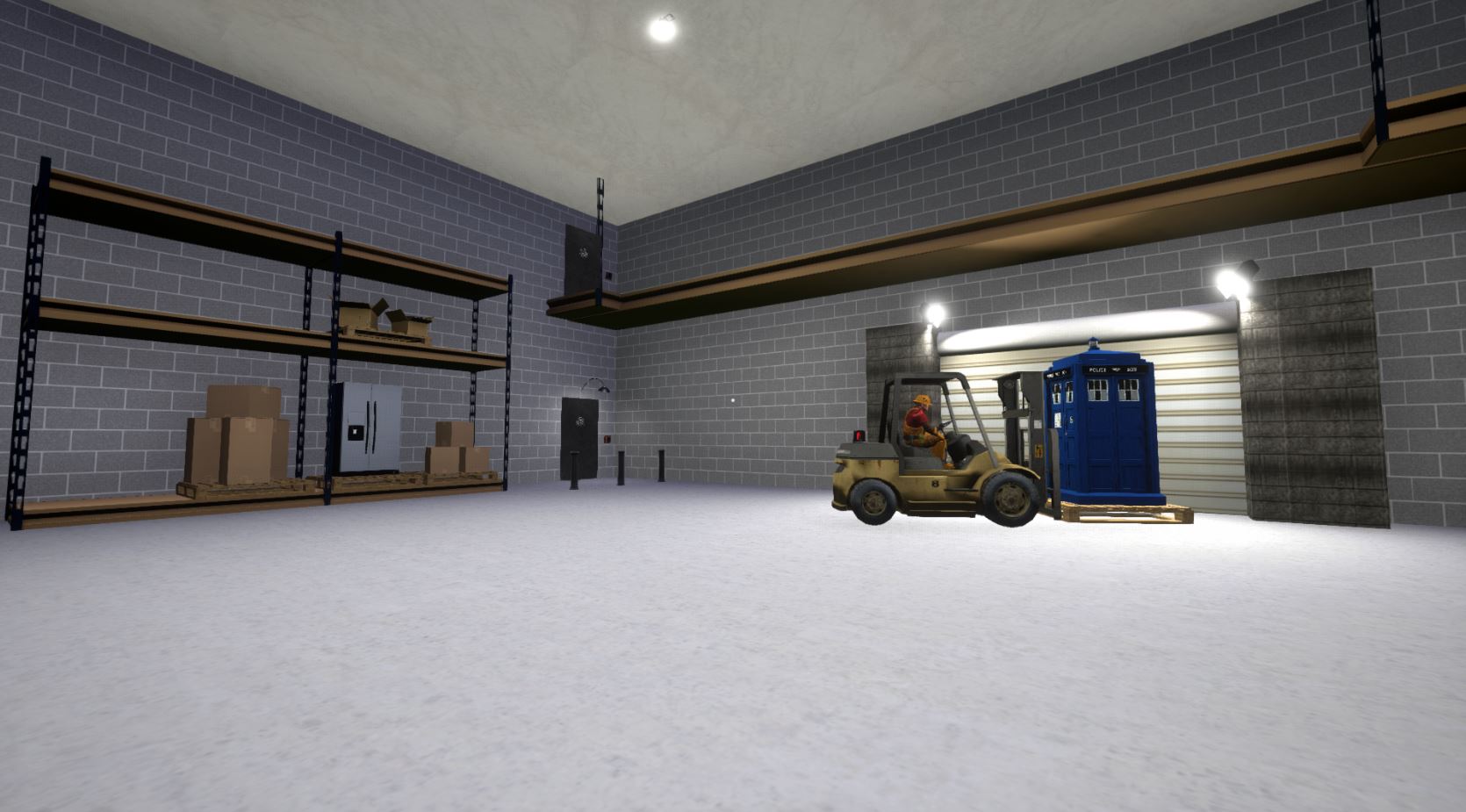 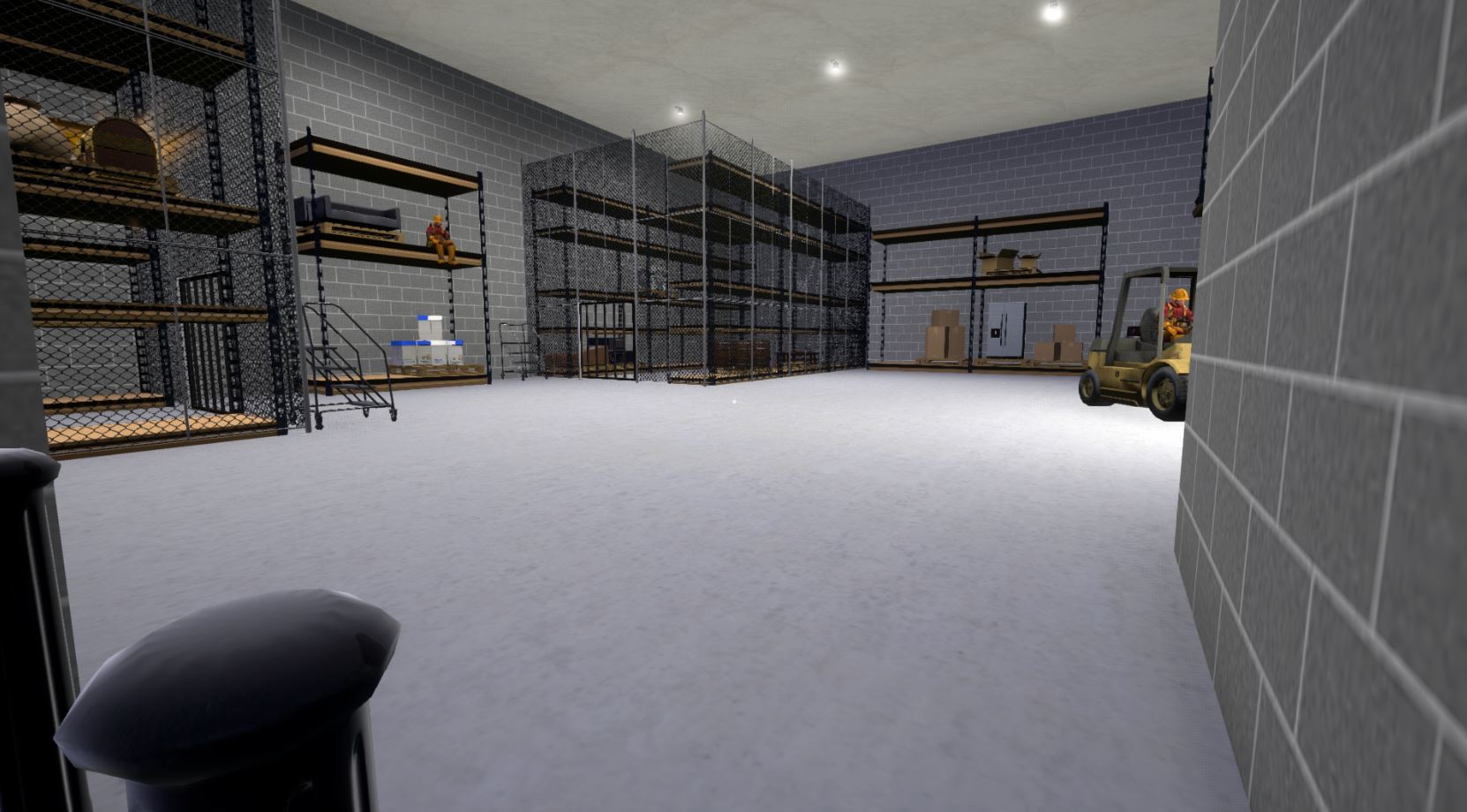 Today I made the security room (with an accompanying hallway) which connects with the area behind Checkpoint WAHAN and the hallway after.

Along with this, I also finished up work on the bathrooms (previously disguised as the medbay from the hallway to throw off the early visitors).

Didn’t get as much of what I wanted done, but I still think it’s worthy to be shown off. 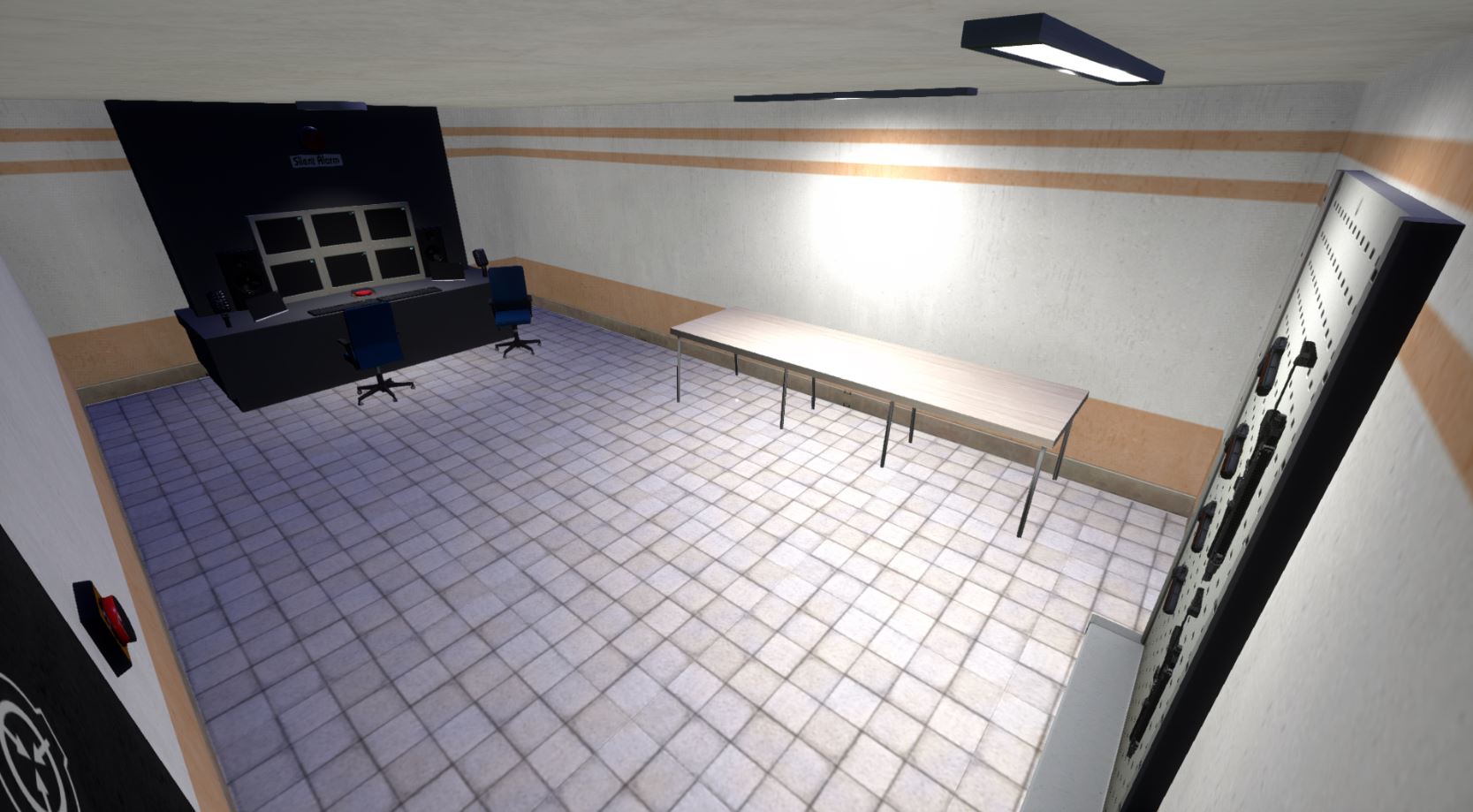 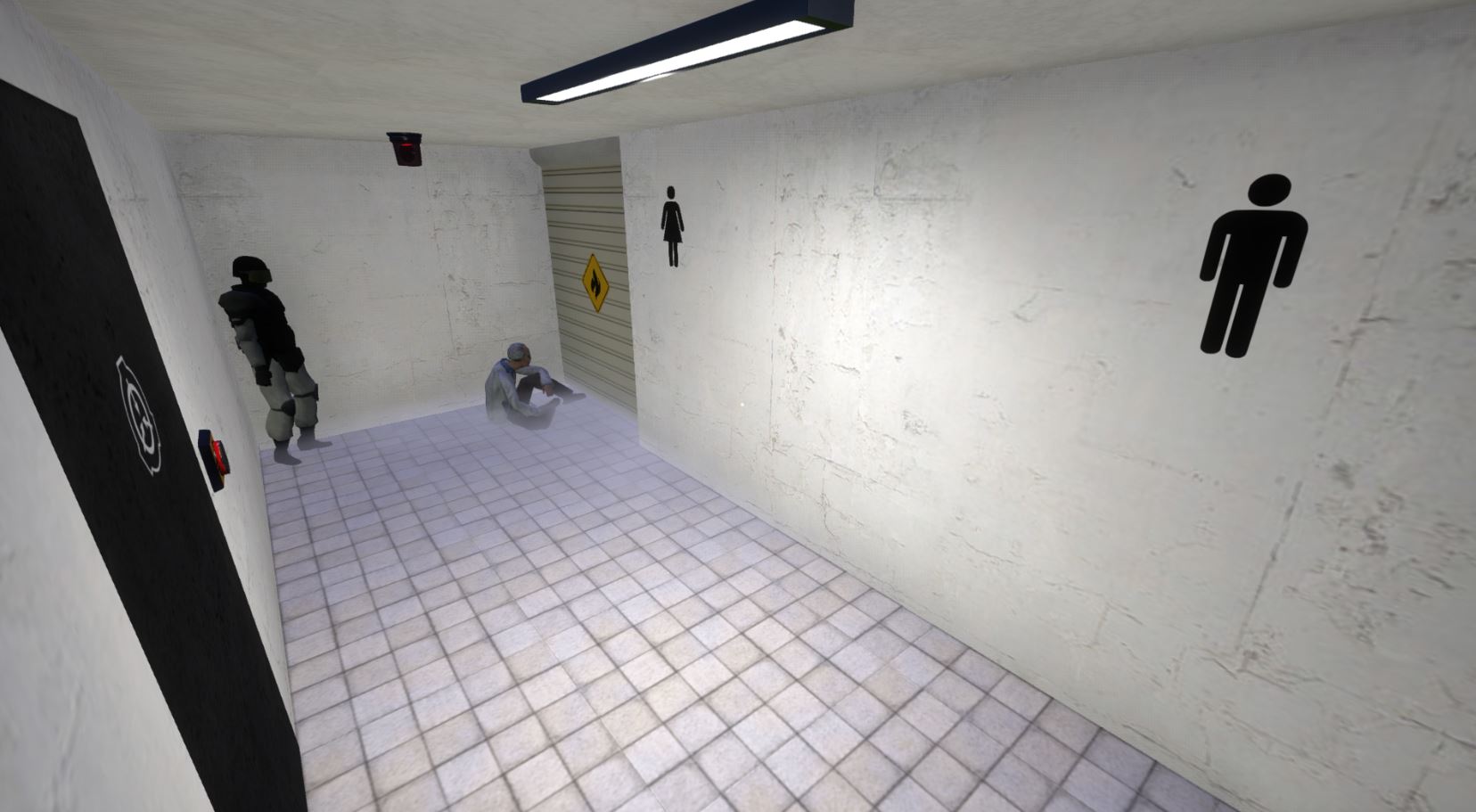 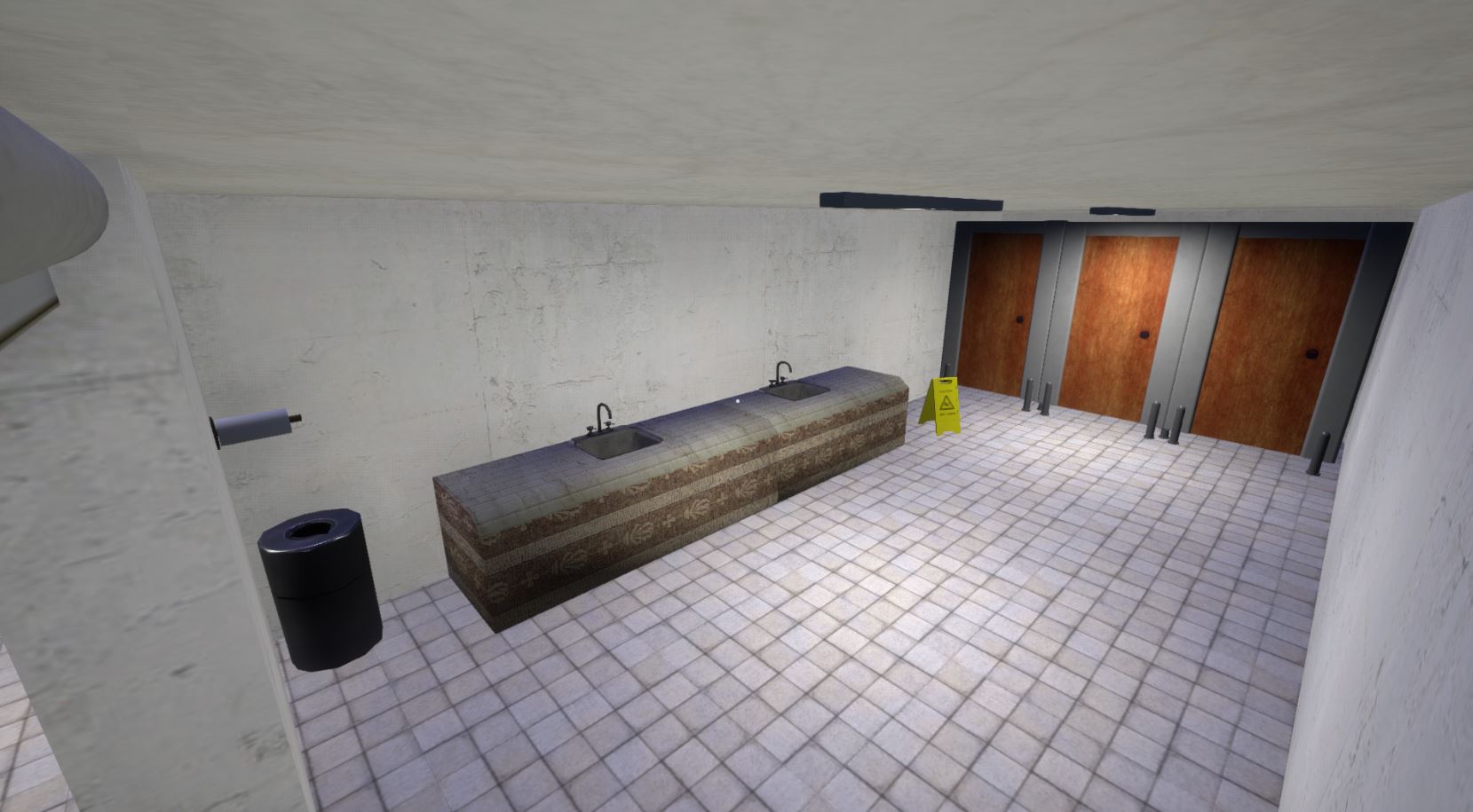 Note: May be a little while before the next update - I’ve sunk about 900k into this build and I’m down to my pocket change. Time to grind!

This so nicely well-done. If I may suggest (and not sure if its possible) but have you tried darkening the area a bit?

I’m not quite sure what you’re asking here? I’ll try to answer what I believe the question is.

The condo itself is set to night, which allows areas that are not lit up to darken (see the entrance of the warehouse).

Areas that have very little darkness are generally lit up for good reason; for instance the warehouse, which should be lit up to prevent any workplace accidents.

Whilst on the flipside, areas that don’t have much lighting generally do not because of the lack of necessity.

Anyway, if that didn’t answer your question feel free to reply.

Not a big update but I wasn’t expecting to update so soon anyway.

This time I’m revealing the elevator hallway along with the level’s blast door. You may notice the ‘Interview room’ has a working button however the room is not shown - this is because I’m expecting you to find out what’s inside yourself, you lazy bastards. 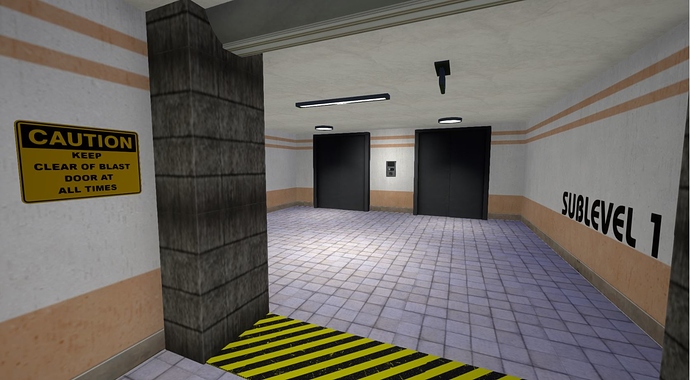 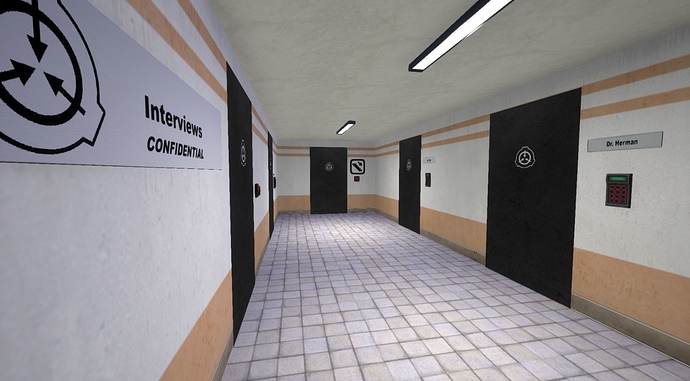 It’s surprising how much energy karaoke takes out of you.

Holy fuck it’s been a while, and honestly I have very little to show for my absence. However I have done some work, mainly the introduction of the next floor (Whooooooo!!!).

Here is one pitiful screenshot. 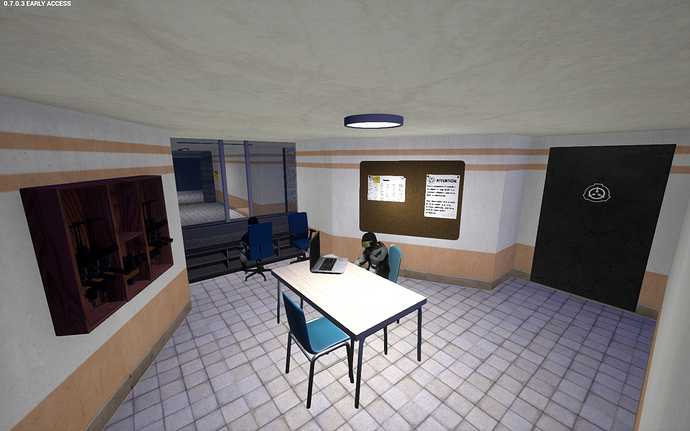 See you all in another month,

I guess it’s been a month already… 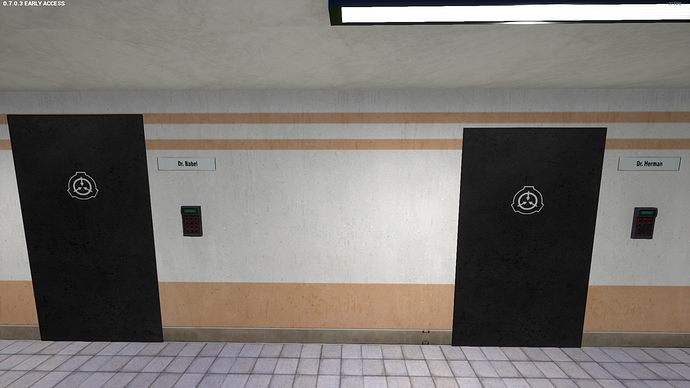 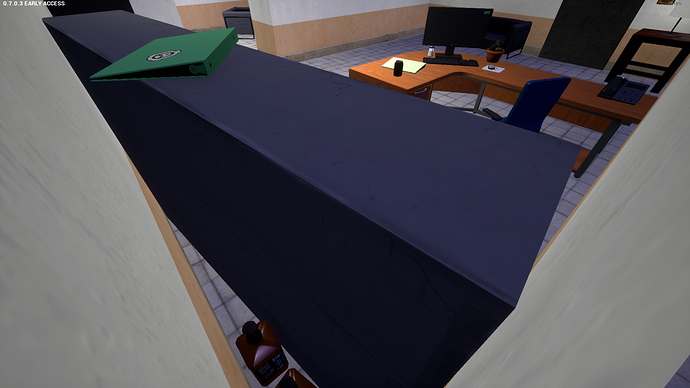 See you in a month chief

Yeah so, it’s been a while. But I haven’t been completely stagnant in my inactivity (just very). 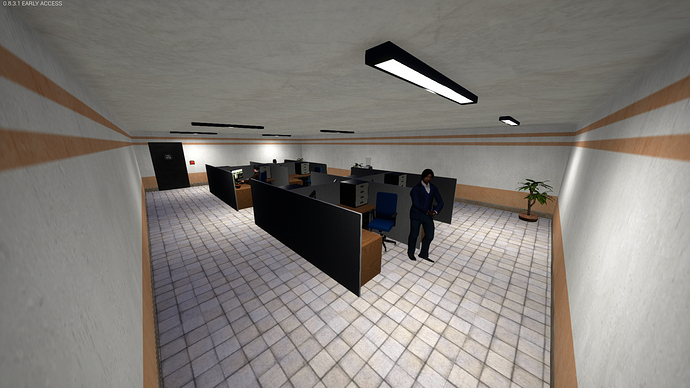 Screenshot (252).jpg1920×1080 551 KB
Above is a new communal office space for researchers, featuring a neat symmetrical layout and a couple of dialogue-filled NPCs! 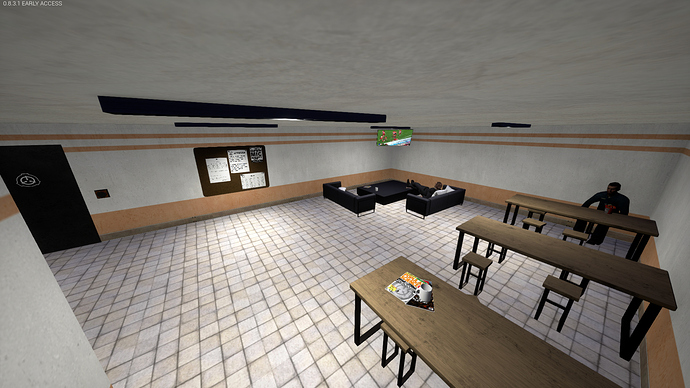 Screenshot (253).jpg1920×1080 619 KB
Above and below are some snapshots of the A-Block Lounge, featuring another three NPCs, more LORE and a kitchen. 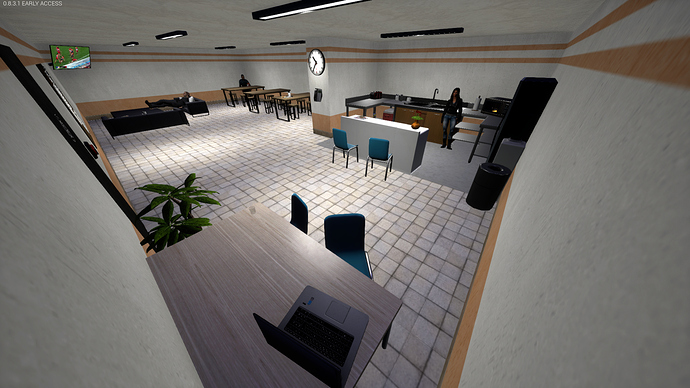 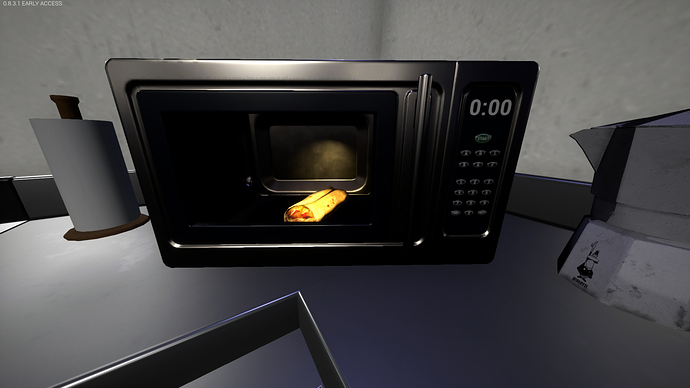 And then there’s both the updated old office from the last update (2nd picture) and a brand new one! 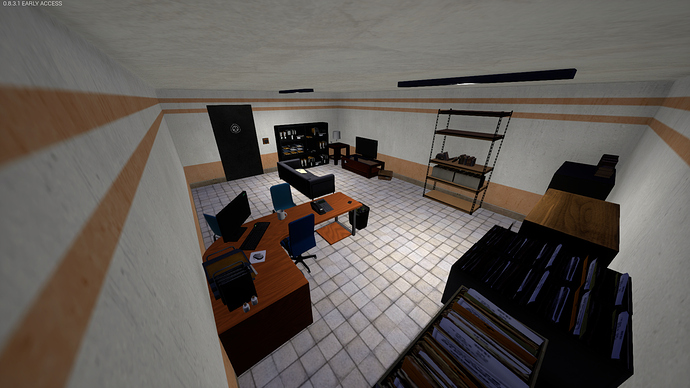 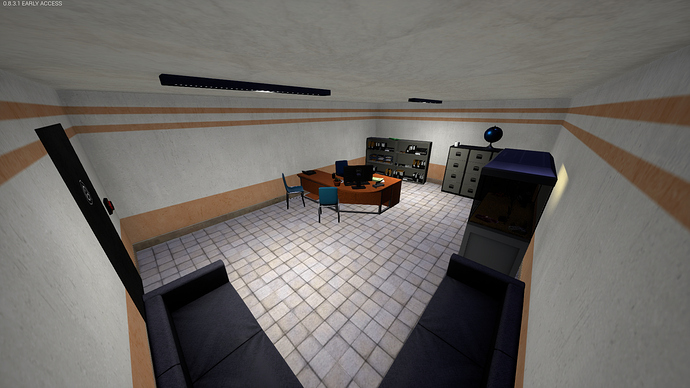 Now with all that out of the way, hopefully this close to two year project won’t go through any more hiccups (though with that said, it probably will).

‘See you all in another month.’

Ah, a fellow paticipant of the fine art of SCP games.