Hello everyone, and welcome to the Weekly Dev Log for June 24th, 2019, detailing all the changes that have happened since June 14th, 2019. Note: Devs that don’t appear in the weekly log are not necessarily away or not doing work, but may be working on things currently not announced or backend work that doesn’t need to be detailed.

A bunch of progress has been made with the arcade since the last development log. Salmon Says, Mind Tester, Skeeball, Whirl-A-Fish, Little Birde Feeders, Dizzy, Stack 'em, Wheely Rigged, and Ring God are all playable, yet their gameplay is not entirely finalized.

@wheezwer completed the artwork for “Avalanche” and “Ring God”, and is continuing to work on artwork for “Little Birde Feeders”.

@Johanna started working on a “moving target” arcade game model, and she also completed the model for a “duck punch” arcade machine. She also went and fixed some ceiling tile lightmaps in the Arcade, as well as tweaking the “Little Birde Feeders” model to better suit the gameplay. Lastly, she worked on materials for the animated lights for the arcade machines’ attract states, and created some signage for the “Avalanche” and “Ring God” games.

@Sketch worked on artwork for the “Wheel of Fire” game.

@Gloves made some adjustments to the button press animations to make them play faster, as well as creating a different type of button press, which is more of a fist slam than a slap. Also started making throwing animations for “Ring God”, as well as working on the Sledgehammer animations.

@Will worked on sound effects for Dizzy, and started working on sounds for Skee Ball. 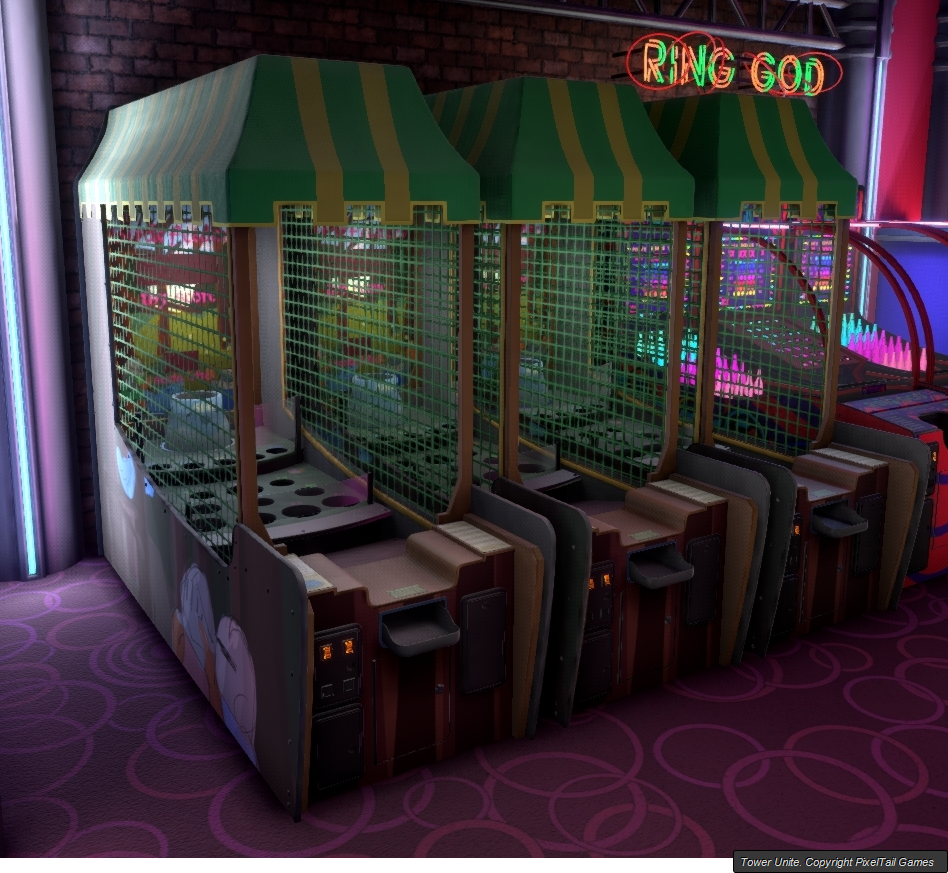 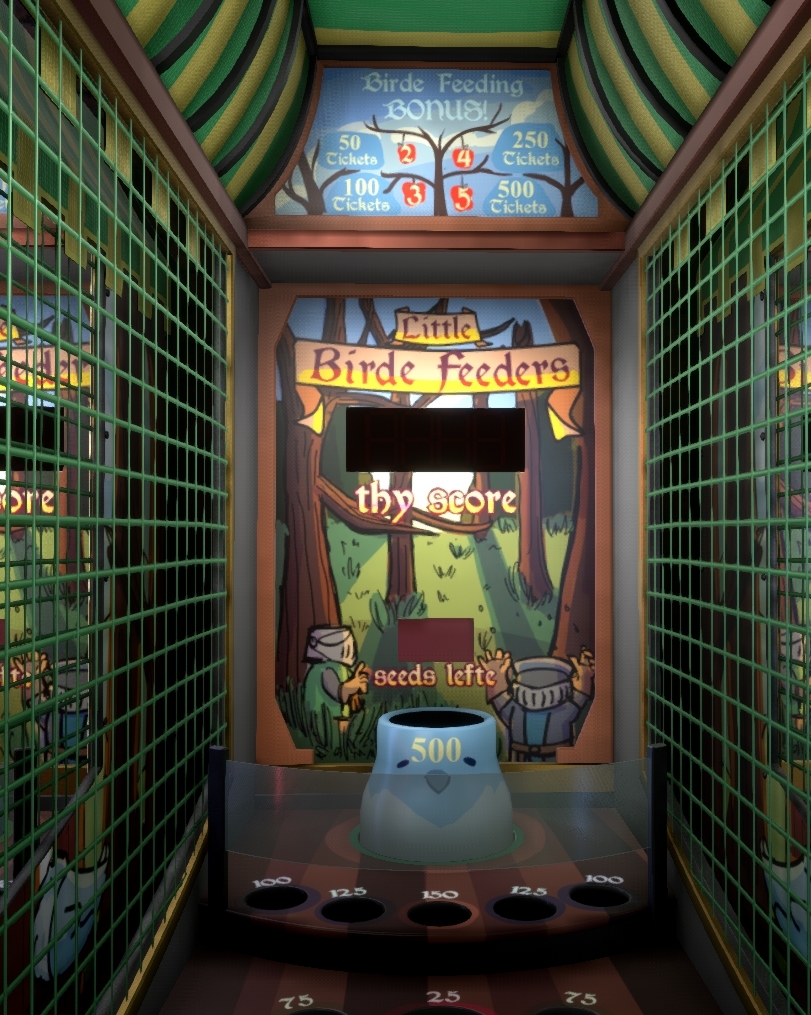 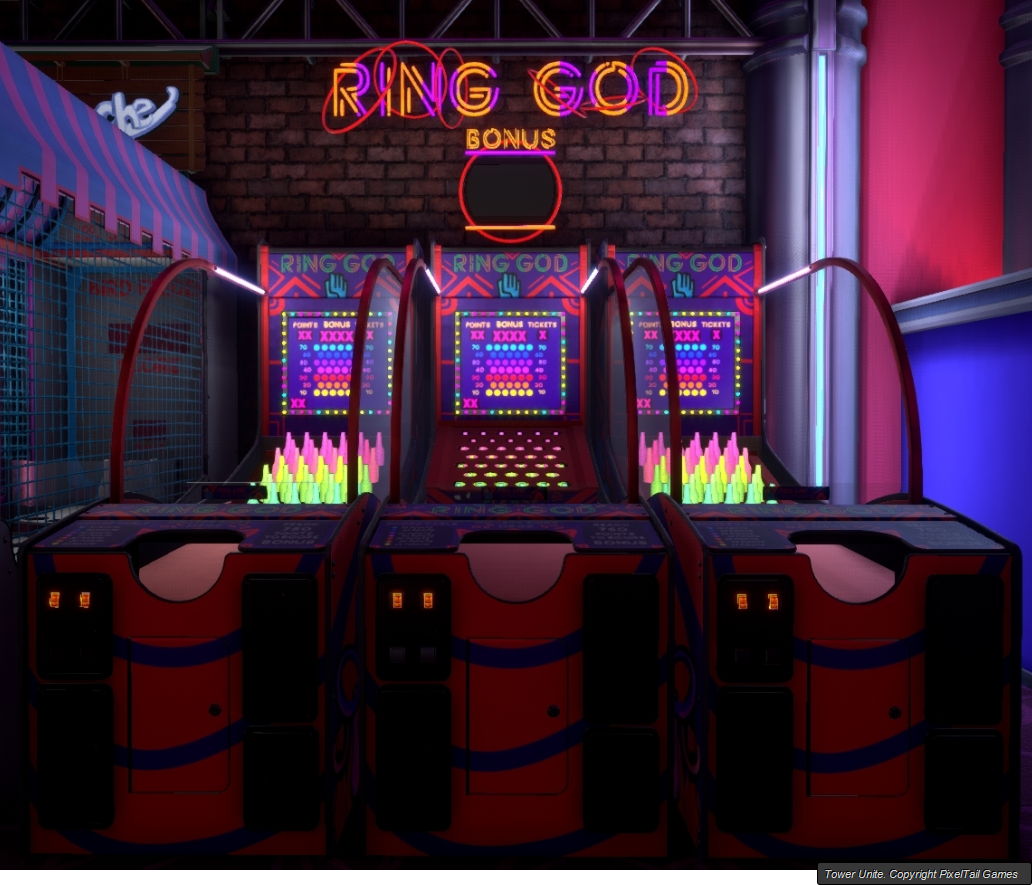 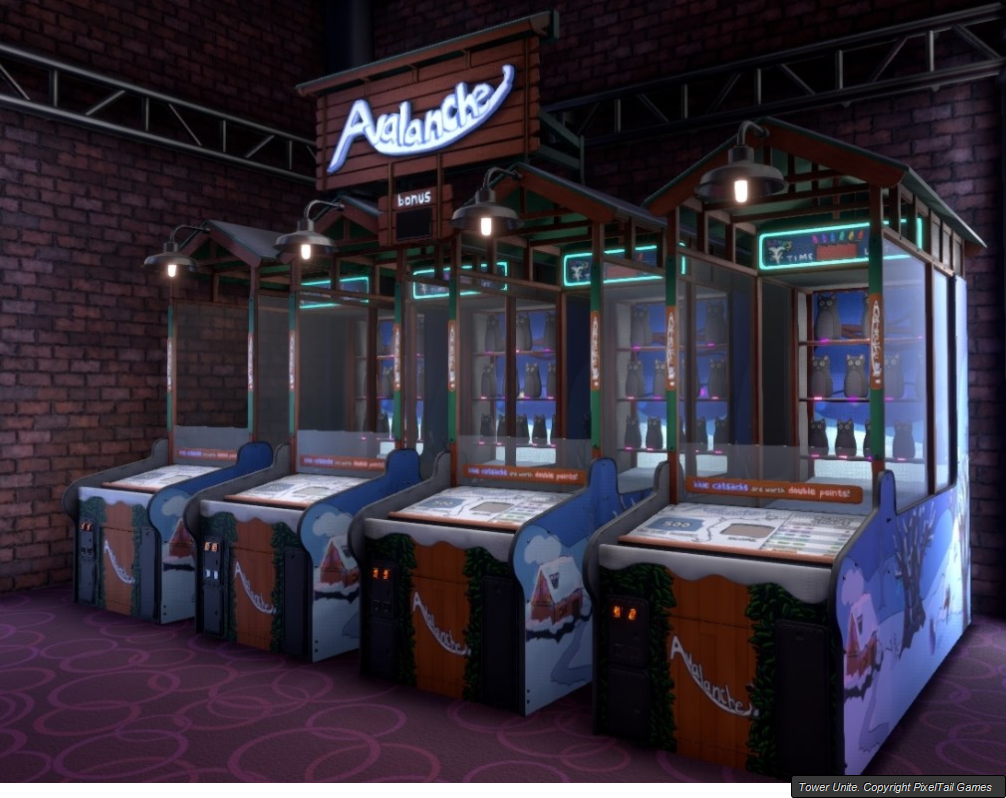 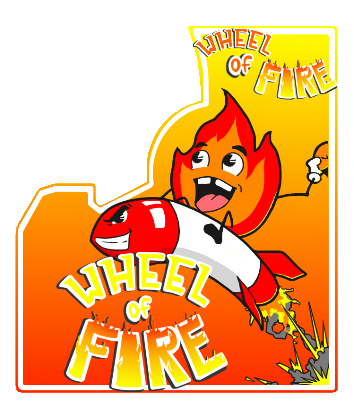 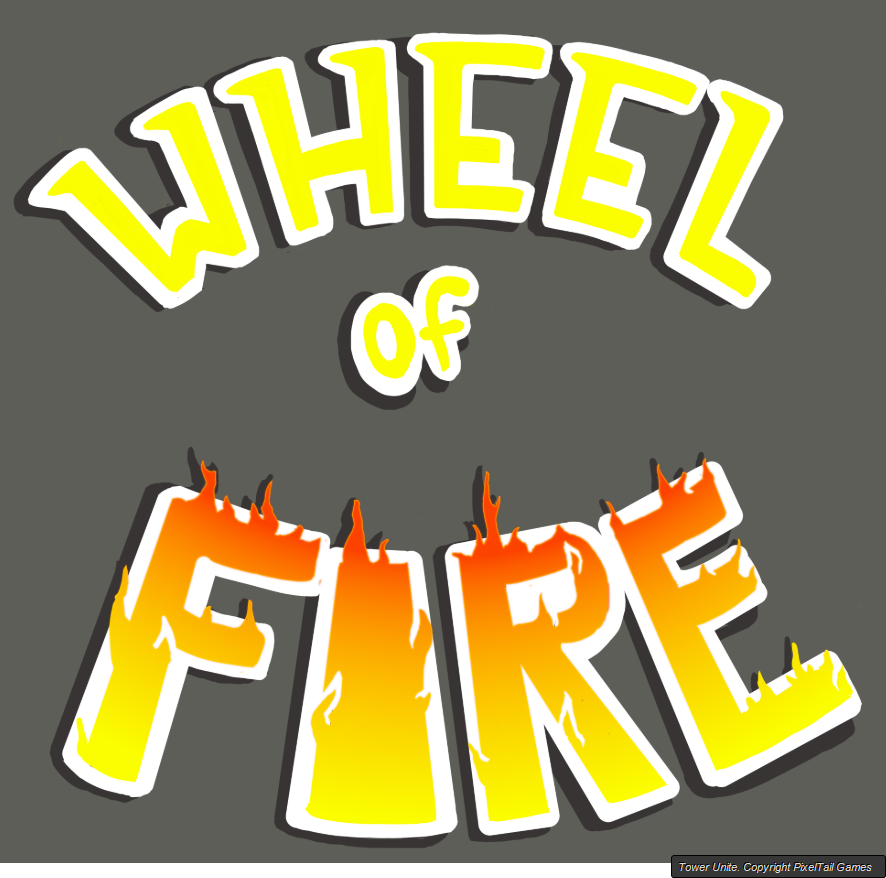 We also updated our arcade thread with new media here: Arcade Machines and You 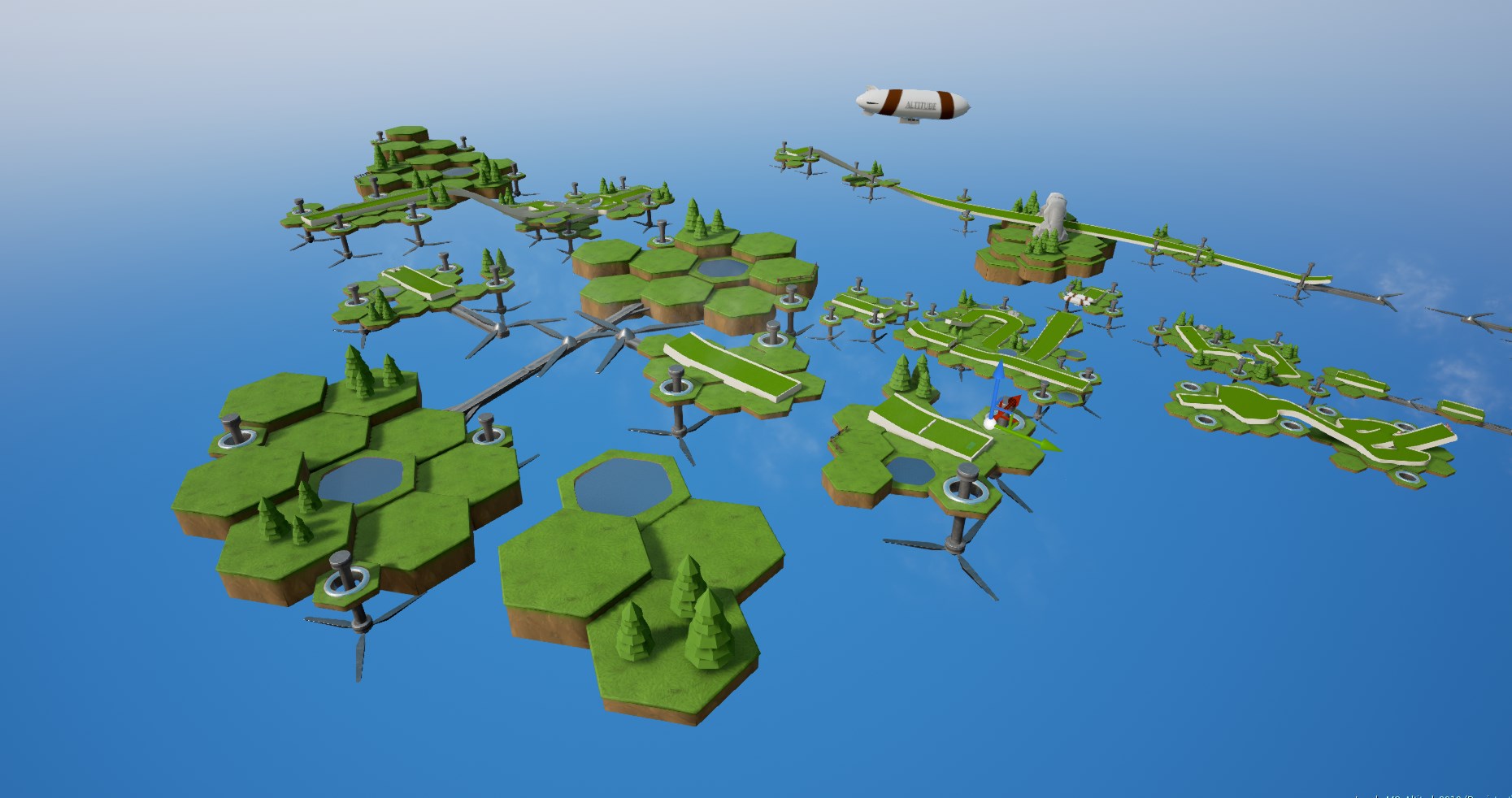 That about covers everything that happened since June 14th, 2019 at PixelTail Games. See you all next week!

nice, also first
i agree with amgona below
(but what is amgona gona do? hmmmm")

The new Altitude looks amazing so far! I love it!

And here I though “Stack 'em” was going to be a Tetris clone, similar to those in GMT. Still though, looks neat.

We’re not legally allowed to make a Tetris clone.

Will the new achievements be added with arcade update?

What spurred the altitude remake?

Someone will make it on the workshop API. I just have to wait. 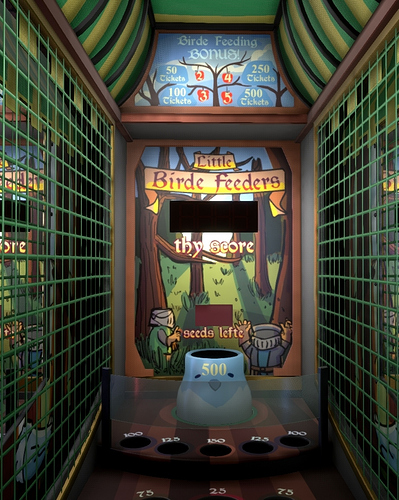 so i wonder if the
(row of workshop arcade cabinets in arcade) is possible so if we want to we can also use them cabinets to play tetris or whatever,

actually that would make it awkward
if there are cabinets then how you you play,would it be free and dont give you tickets then why would you go on the legit ones and pay for them when you can go on workshop ones and play clones of the legit ones for free if you dont care about tickets,
or if the workshop ones did give tickets and you payed for them, then someone could make a game that is easy to grind tickets,
unless they are just extra cabinets that dont give you tickets but you still pay
(paying for the experience of playing custom games in the arcade, expecting no reward, id still be up for that)

still though i think it would be a cool thing to also add, id still go on them if they didnt give anything and i still payed for them, if people dont like that then they can just buy there own cabinet to play custom games free in their condo

I better start farming units to take advantage of this huge update.

You know this feature will completely remind me of those real arcades, without the massive expenses lol.

I’m so glad altitude is getting remade. To be totally honest its really rough. This new version looks incredible and I love the hexagon style!

Could it be possible for Workshop cabinets to give out tickets based on time played? Allowing it to be based on points or other things seems easily exploitable, but I think doing it like that could be a good middle ground

You guys are going full steam ahead on arcade! Such good progress already, all these great cabinet models are no longer lifeless!