Hello everyone, and welcome to the Weekly Dev Log for the week of February 2nd, 2018. If you haven’t heard, we’ve recently retired our old Daily Dev Log in favor of the Weekly Dev Log, which will allow us to give a broader picture and explain things in plain English, while also including some photos from development. Without further ado, let’s get started.

Over the course of this week we tightened the screws, fixing some last minute bugs and lighting errors, and the build is completed and ready to ship. We plan on releasing it tomorrow (Saturday, February 3rd) or Sunday. This version fixes some known issues with the media players, among other issues. The island has shed it’s winter weight and is now back to its natural tropical environment. You can read about all the contents of this update [here] (https://trello.com/c/3kp1p1xC/348-update-0404).

@macdguy was out of the office for most of this week (talked about more in Miscellany), however work was done on some systems and art over the week.

Some work on laying out the cinematic intro system was done over this week, no photo or video to show at this time, but stay tuned over the next couple weeks for more info.

@donglekumquat has been making some great progress on the music and is currently working on the Round 2 and Round 3 music.

Minigolf was touched a bit this week, with some fixes by @Johanna.

@Johanna has been continuing her work on the Kingdom map, making progress on creating the landscapes and holes.

@Johanna also tackled some fixes for the Cove Minigolf map created by @Matt. She added a barrier on the sides of the rope / cable in Hole 10 to help prevent players from falling off. She also fixed some broken lightmaps, replaced the old ocean shader with the new one, and created a fix for the moving starting hole on Hole 17.

While we were having 0.4.0.4 on it’s final preparation stages for release, @Foohy integrated the physics fix into our engine. After we release 0.4.0.4, we’ll turn on the fix and start testing it to make sure it works and is suitable for release. Stay tuned for any updates regarding that. Our current plan is for the Minigolf physics fix to be released in 0.4.1.0, this is subject to change but our current plan.

@JJosh has been working hard on a “gamer” chair item and a new desk item this week. 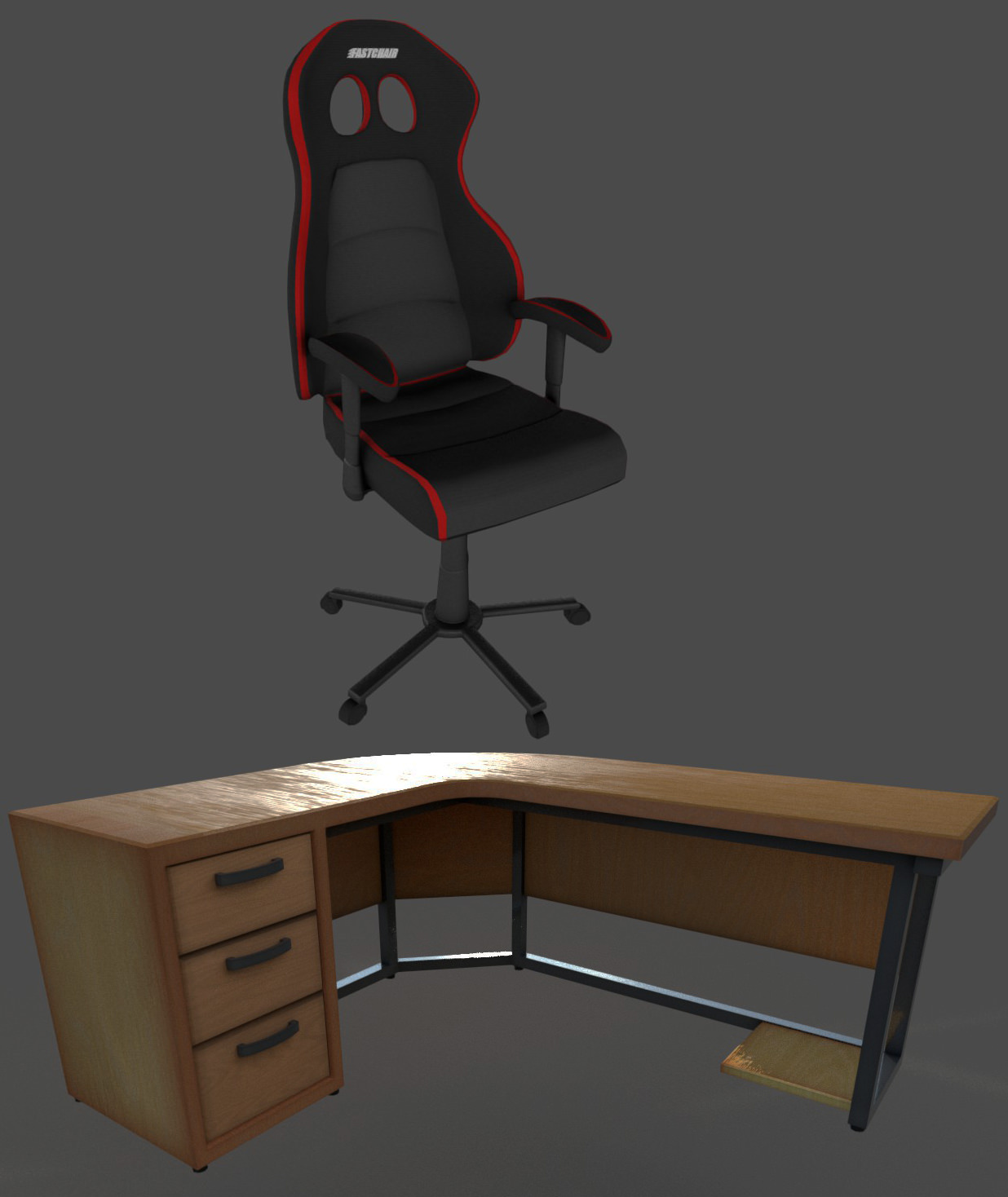 @Caboose700 has been working on Tower Express, this week completing the Cart System to allow users to add, modify, and delete items from their shopping cart.

@krionikal has continued his work on the First Person Hands model, creating a lowpoly, creating textures, and started rigging the hands.

Two new condo items previewed already! Did not see either of those coming, they look great! Good work @JJosh I hope more of these trinkle out while we wait for bigger updates!

Also super excited to get a sneak peek of that new zombie model. Any idea if the virus zombies will be updated as well?

@JJosh has been working hard on a “gamer” chair item and a new desk item this week.

But can you do this?

Tower Express is starting to look great! Any idea on how the UI is going to be once it’s released? I was thinking that it’d be better in terms of displaying items to do more of a “card” style than a row style because there’s a lot of dead space on the items (so you can fit more items in the screen), kinda like how newegg has it.

But then again, the UI is just a concept, so I’m not exactly sure. Just a thought

I can’t shake the feeling that a giant saucer with a penguin in it is gonna come if we activate it.

I’ve been away for a while. Can someone explain what Tower Express is?

I’ve been away for a while. Can someone explain what Tower Express is?

What is Tower Express you might ask? Tower Express will be a online website where you can buy items for your condo in Tower Unite, without having to load into the Plaza. You’ll simply have to sign in with Steam, and start filling up that shopping cart. The site is being designed with the goal of providing a larger shopping cart than the Tower Unite currently supports, and allow bulk item selling.

Are there going to be Express Sales? Like a 50% off in TVs during 2/3hs

As far as I know according to the Trello, that is currently scheduled to be in Q2-Q3 2018, under “Plaza Store Sales” but correct me if I’m wrong.

Are there going to be Express Sales? Like a 50% off in TVs during 2/3hs

The Plaza will have sales, but after discussing it Tower Express will not have sales, you’ll have to go to the plaza servers to participate in them.