Hello everyone, and welcome to the Weekly Dev Log for December 9th, 2019, detailing all the changes that have happened since December 2nd, 2019. Note: Devs that don’t appear in the weekly log are not necessarily away or not doing work, but may be working on things currently not announced or backend work that doesn’t need to be detailed.

Work continues on getting Hotfix 0.8.5.1 tested and ready for release. You can read all about what is in this hotfix here.

We’re conducting a Christmas Condo Contest on our forums! Submit your festive and cosy contest for the chance to win 800,000 units! You can check out all the details here.

@JJosh continued working on plushies for the arcade.

@Madmijk continued working on “Captain Calypso’s Planetary Piano”, working on getting the demo gameplay completed, along with figuring out some replication issues.

@Wheezwer worked on art for “Ticket Heaven” (the ticket eater) and the Token Machines.

@macdguy finished the gameplay for “Mas Fuerte 2K”, as well as completing the HUD feedback for when rounds start for both “Mas Fuerte 2K” and other machines that don’t have physical screens.

For “Pluck-a-pal”, issues with physics desyncing were resolved, along with, plushies spawning frozen, and restoring physics after playing being incorrect. Implemented different types of plushies other than just the turtle plush we’ve been using for testing.

He created an arcade attract sound system that will handle attract sounds for multiple arcade machines while they are not being played, as well as implemented the Meteoroid Mania and Ice Cave music that @Will created. Sounds effects for game timers were also added, so that the player has an audio cue for when a round is about to end.

Several optimizations and bugs were fixed which heavily improved FPS inside of the Arcade. Optimizations were done to the colliders, networking, overlaps, buttons, and to several machines themselves. One networking improvement was a system that keeps track of players around machines and only sending network updates to those players, to cut down on networking traffic.

Throwable physics objects in the Arcade now have a pullback curve, so it’s easier for the player to understand where the objects will eventually end up.

Ticket models were created, resulting in models for a single ticket, multiple tickets, and stacks of tickets. Work has begun on actually animating the tickets as they come out of the machine.

Bonus support was integrated into “Ring God”, along with the finished version of the screen. 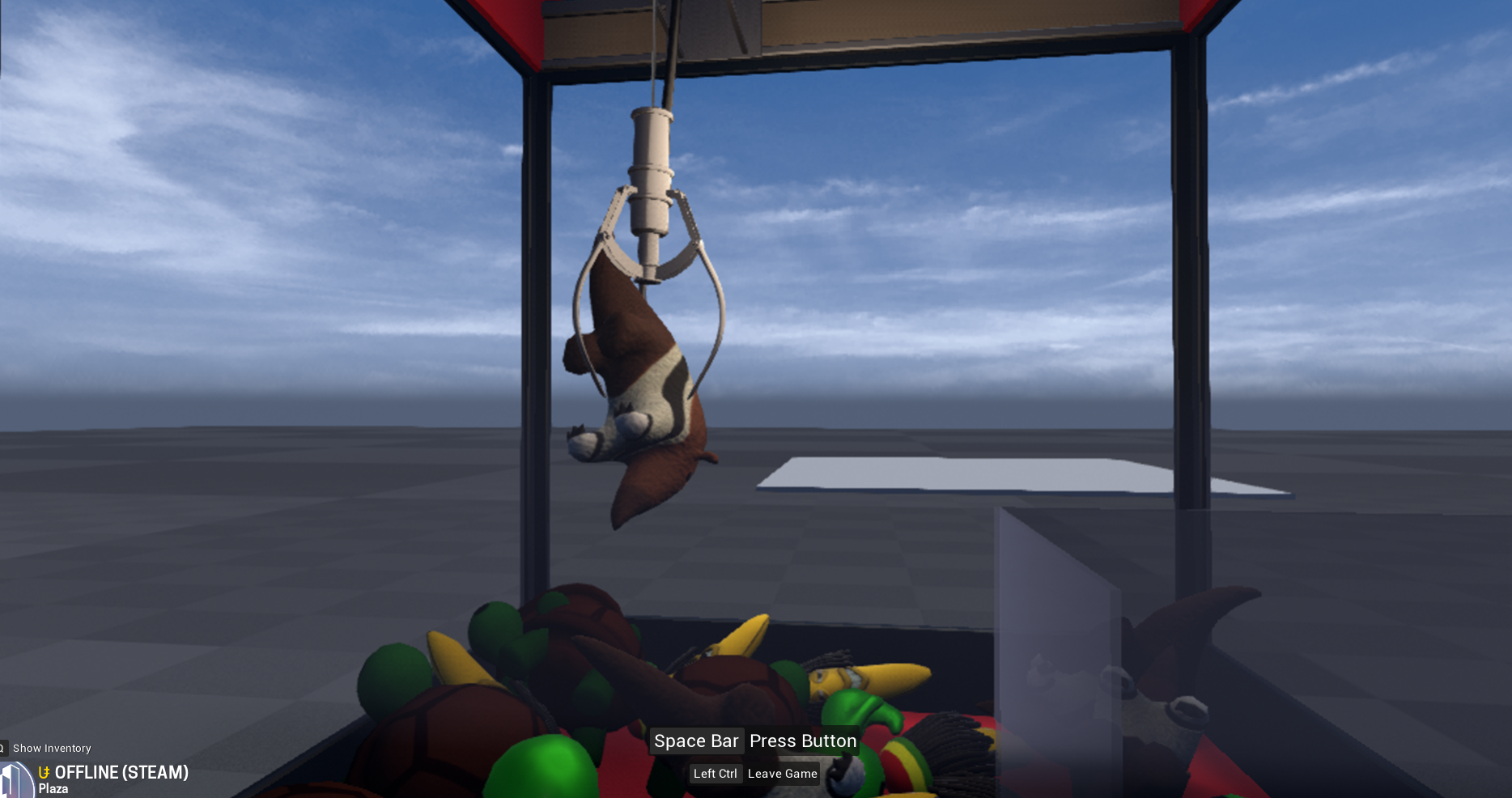 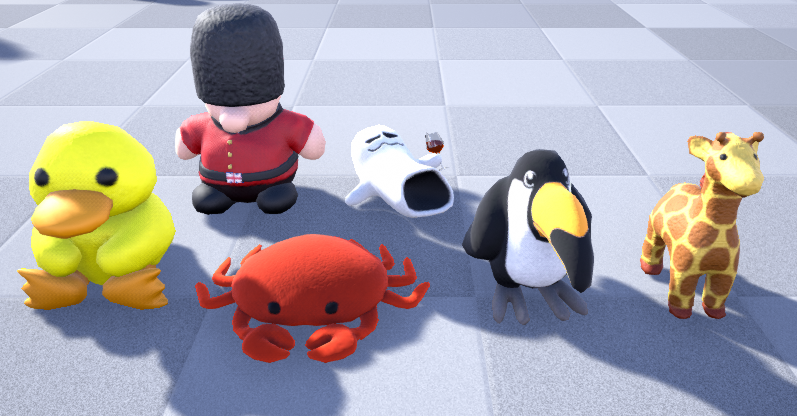 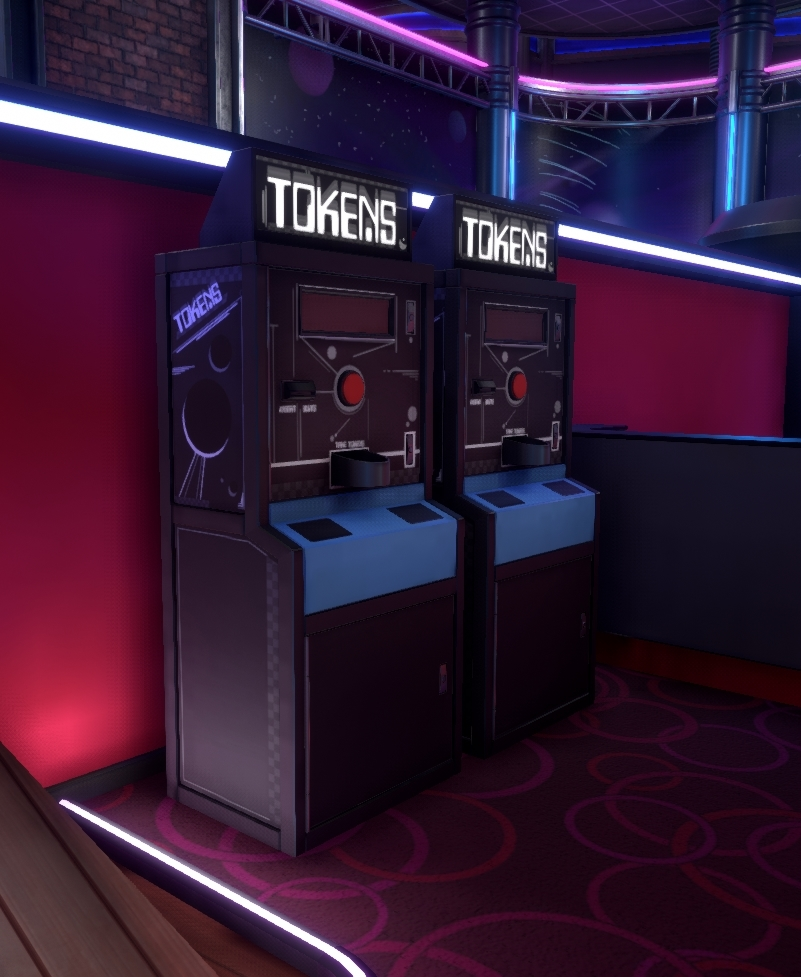 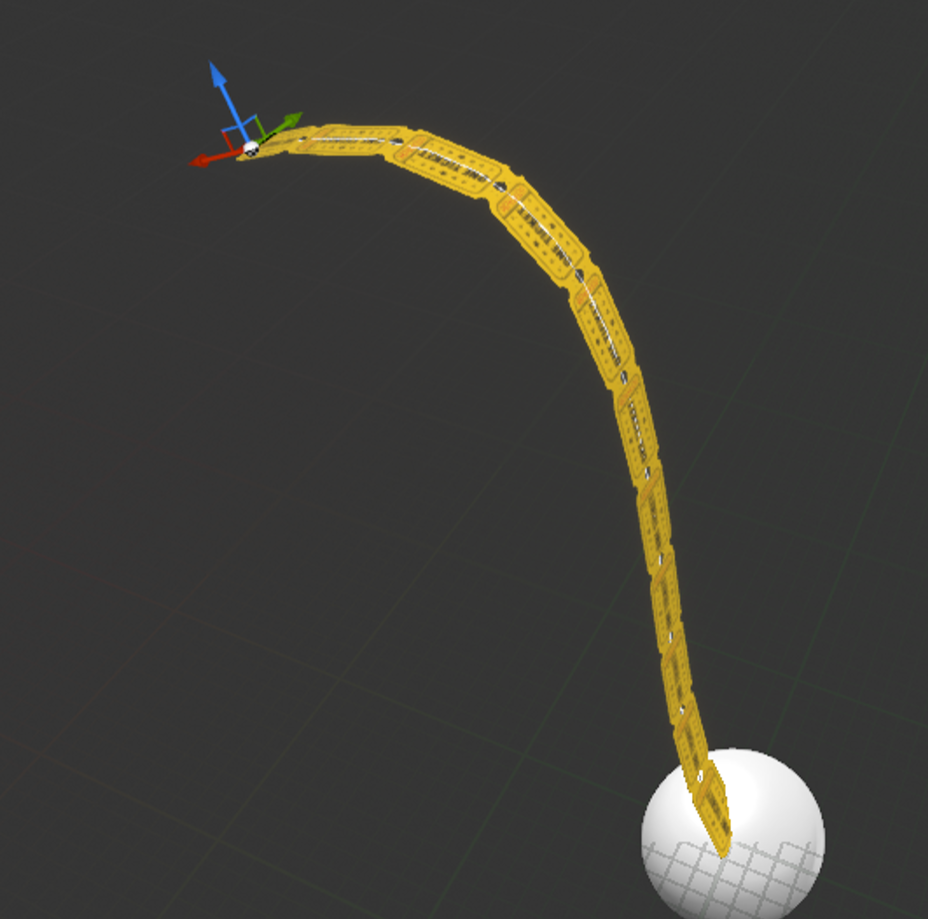 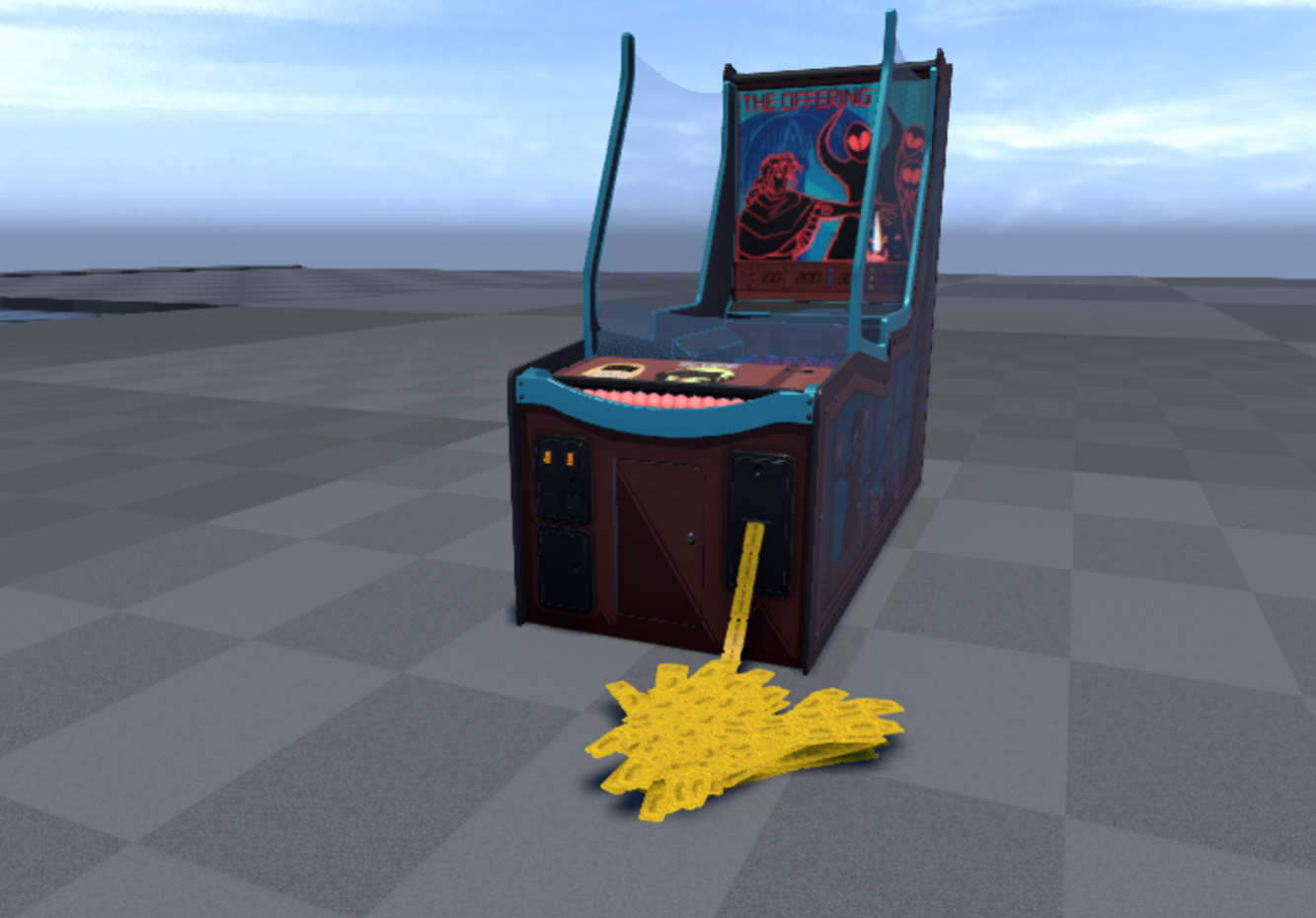 @Lifeless is back from mandatory two week jury duty.

@ThisIsntNath continued working on the Monthly Dev Breakdown for November 2019.

That about covers everything that happened since December 2nd, 2019 at PixelTail Games. See you all next week!

This ghost plushie is amazing.

i’ve only had him for two minutes but drunk ghost plushie is suddenly and wholly my world, my light, my life and my joy.

now THAT is how you assert dominance

So many plushies, we going to need a collection book section dedicated to Arcade plushies.
Not to mention how much tickets just to get them all.

Little things like attract sounds and audio cues make these mini games a cut above the rest.
Many I’ve seen in other games or a lot of times when they are the game and they miss those little things like that. For me I find them very important.
Wonderful attention to detail, the arcade update still has me excited.
I do wish we could get one machine as a preview before the holidays but with little dev updates like this on the smaller important things I’m sure it’ll be well worth the wait.

Plushies, I hope we can put some in a cart or on a hat etc to show them off outside of condos, maybe just carry one, or a few. (maybe an emote of being covered in them?)
One day maybe, for now the selection looks to be pretty diverse.
I hope the models could be reused for mini games too with that much work put into them.

Is no one gonna talk about 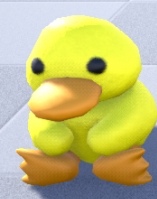 No, I’m just gonna watch it.

Y’know the thing about that duck, it’s got lifeless eyes, black eyes, like a doll’s eyes…