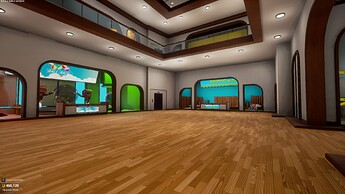 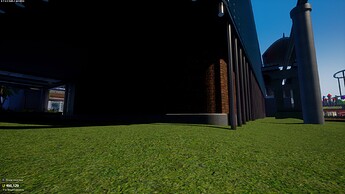 Theatre has got to be underground too?

The casino, theatre and upgrades store are actually underground vaults made by VaultTec

Meanwhile the theatre vault was meant to brainwash people with subliminal messages and to see what effect said messages would have.

And the upgrade store was meant as a test to see if people could figure out that it would be impossible to gain any upgrades if there were no one there that they could get them from.
So far none of the participants has succeeded in this one.

I believe the interior of Upgrades is canonically underground. But it is also literally underground, but not attached, it’s like 30 feet under in a big ol box.

In Lobby 2 , the Upgrades store was beneath the stores and platform on the right side of the store area.

I designed it to be underground. The door to go into it was originally an elevator, but I changed it to the normal sliding door at Mac’s request.

To be honest i was kinda imagining that it was off-screen elevators that took us to the different places.