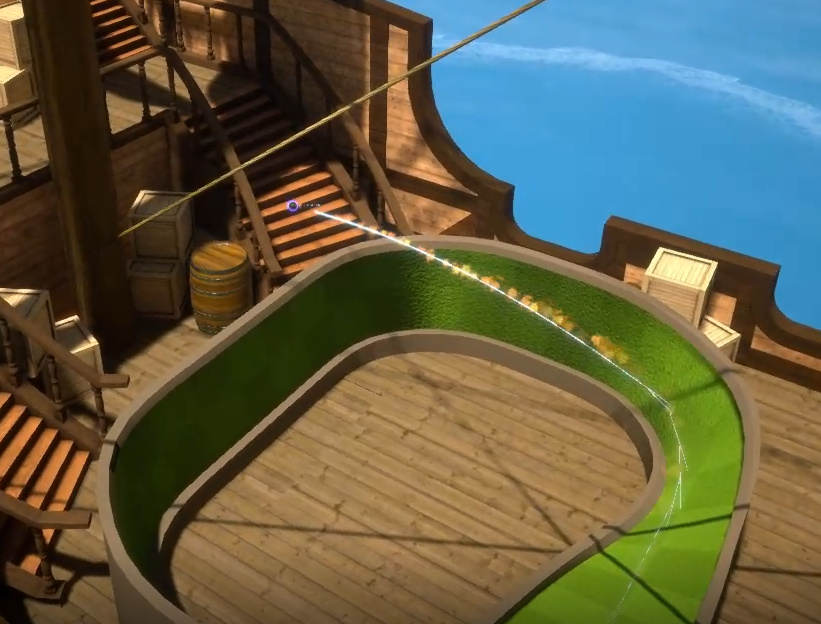 This hole is often buggy during this section after the first cannon.
Often, instead of the ball going into the second cannon, it either:

You can probably replicate the OOB if you manually set the FPS to 24.

this image is the visual representation of pain

https://streamable.com/xf1xs replicated at 60fps (+ vsync) as host with no other players

This hole has been notoriously famous for constantly having issues due to Unreal physics. We’ll be replacing the physics with a predicted animation.