Ticket Bucket
Many of us who have been to arcade have seen or used a bucket to keep our tickets in (Pic #1 below). So why not have one in game?
Pros: More recognizable, smaller than a bag
Potential cons: May tend to be held higher in hand and obstruct view like other hand holdable items 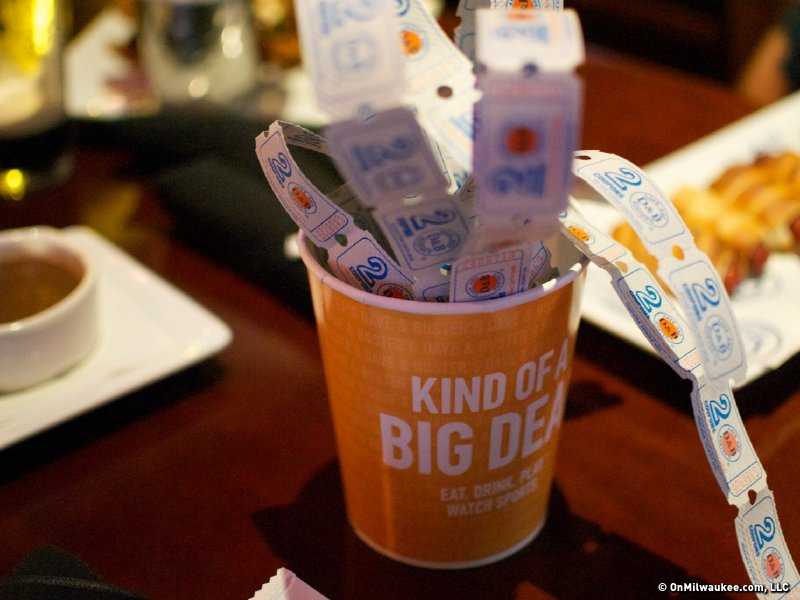 Ticket Bag
With winning thousands of tickets for a longer stay in the Arcade, a small bucket might not be enough, so how about a bag? (Pic #2 below)
Pros: Fits more tickets, less likely to block player’s first person view since bag hangs down from hand
Potential cons: Not as visible from first person view, risks obstructing some of other player’s view on 2 player games. 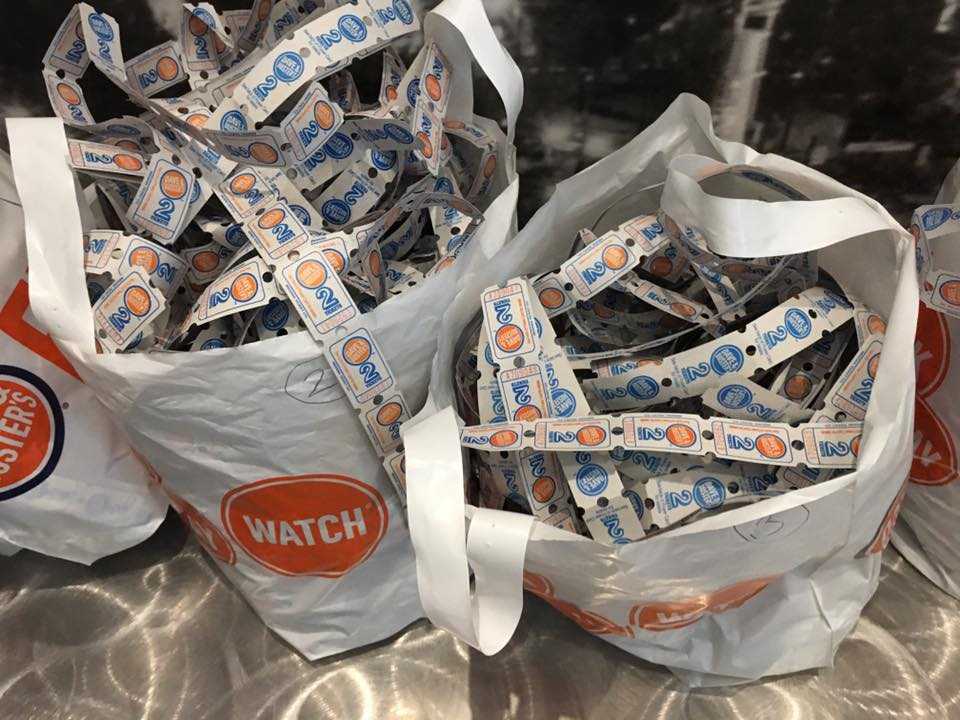 Ticket Backpack
Grinding like Tony Hawk to buy a rideable scooter or something pricey? Get a ticket bag! (Think Shamrock Backpack, but replace shamrock with tickets and reskin outside)
Pros: Bigger than handheld bucket or bag, does not block player’s view
Potential cons: Not visible from player’s first person view, risks obstructing some of other player’s view on 2 player games.

Most to least wanted item capability:

Look/skin of item
Regardless of its form, the item’s texture could just be a fitted version of the arcade logo or something like that - I’m not recommending anything terribly fancy. 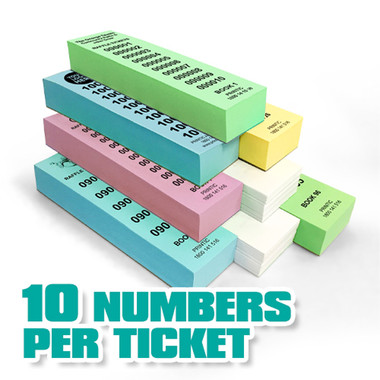 i would rather love to see this one, i mean, which is more organised.

My goal with my suggestion was to visually depict carrying tickets in a semi-realistic manner. A neat perfectly rectangular ticket strip doesn’t seem consistent with even the existing tickets within TU.

I wouldn’t mind the idea explored as a cosmetic accessory, backsacks like the shamrock and rose but one for units, one for tickets.

With all the wearable wealth in the game, gem hats, bling necklaces, money particles, golden/diamond swim tubes, it wouldn’t be out of place…