The Discord channel needs to be organized, big time 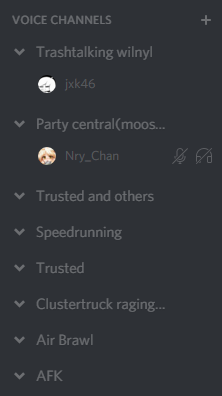 And the Game Detectives Discord channel. 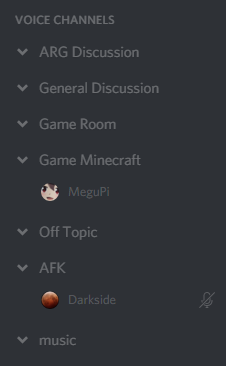 They both have a fair amount of text channels and voice channels that help promote organization and proper discussion. So I feel as if we should have a system that goes off of the forum’s format a little.

So what do you guys think?

Edit: Apologies for a bad idea. You guys make a good point. :xxxxxxx

The problem is that not many people are on the Tower Unite discord at any one time so it’s kind of pointless to make it divided like that. (Not to mention it would take a lot of moderation for each channel and no one wants to deal with that)

Bot Testing (Incase anybody brings in their bot.)

The devs don’t want bots. At all. Even as a separate section, this might lead to people believing that bots are ok in the main chat.

I don’t live there, I live in Massachusetts.

I honestly think having too many channels just clutters things and makes it so new users are confused. I think having the current setup works just fine. Plus even if we had other channels how can we be sure that everyone is going to use it? That just adds more moderation needed to keep everyone in topic.

I think bringing back the video games chat would be nice. But aside from that do we really need 15 more text channels?

Well obviously like 10+ channels would be overkill but I can’t bring myself to read #public because it’s so busy. I think maybe at least a channel if devs want to post dev pictures and a questions channel would be helpful.