I was going to suggest this later, but I cant sleep so I’m just gonna do it now. so, I was playing spin to win earlier and I thought "man, it would be cool if there were more items on the wheels but idk how that would work ", and then I had a MASSIVE, HUGE brain idea;

Instead of having the wheel have the same few items on it, it could be segmented by item rarity; very common, common, rare, etc., the same ones as on the board in the spin to win room. You could also give each of the segments different scales, to show that some are more rare visually (very common’s space is larger than rare’s, etc.).

When you spin the wheel, it will spin twice. The first spin will choose the rarity of the possible items, and then the second roll will make ~8 (idk i just picked that number) random items of that rarity from a pool of items appear on the wheel. When the second spin is complete, you’ll get the item it lands on. (also to make the wheel changing make logical sense it could just be a screen or something)

Here are some very cool illustrations that I drew with my tablet to demonstrate this; 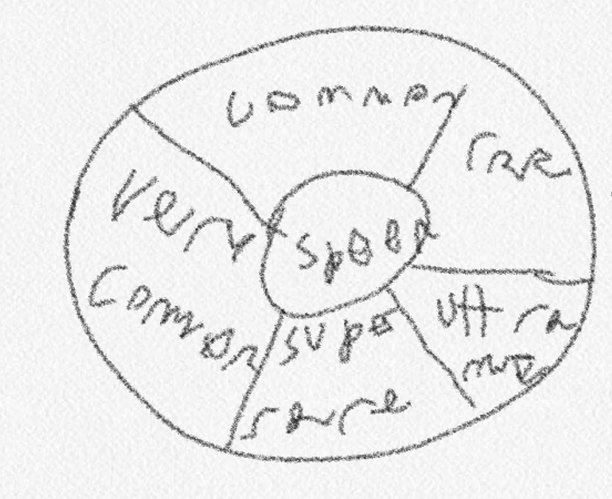 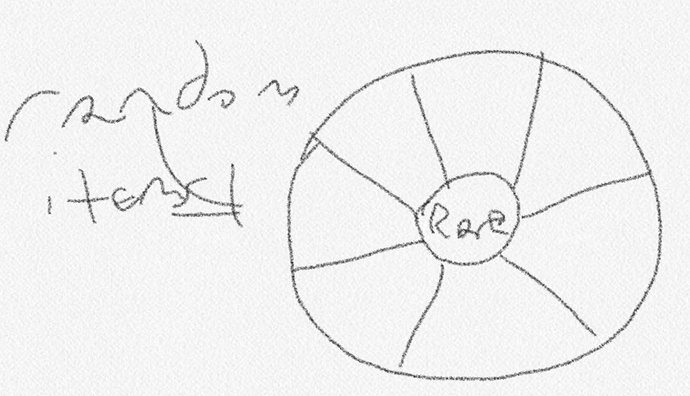 Also, a couple of other things I thought could be cool;

(sorry if this didn’t make much sense, im tired)