I never really considered this a big issue until I noticed a player taking shortcuts in first place without having any boosts from melons. In my opinion, I feel like the shortcuts should really only be able to be taken if the player has a boost from a melon or a nearby boost pad. I discovered today too, that the entirety of Sunrise Isles shortcuts can be taken without any melons, which is the video I recorded below. Now that I know you can do these shortcuts with only power from a boost, I messed around with Pine Valley to see what was possible, and every single shortcut can also be taken efficiently without any melon boost. (I’m excluding Bedzoom and Waterfall due to them not having any off road for shortcuts.) 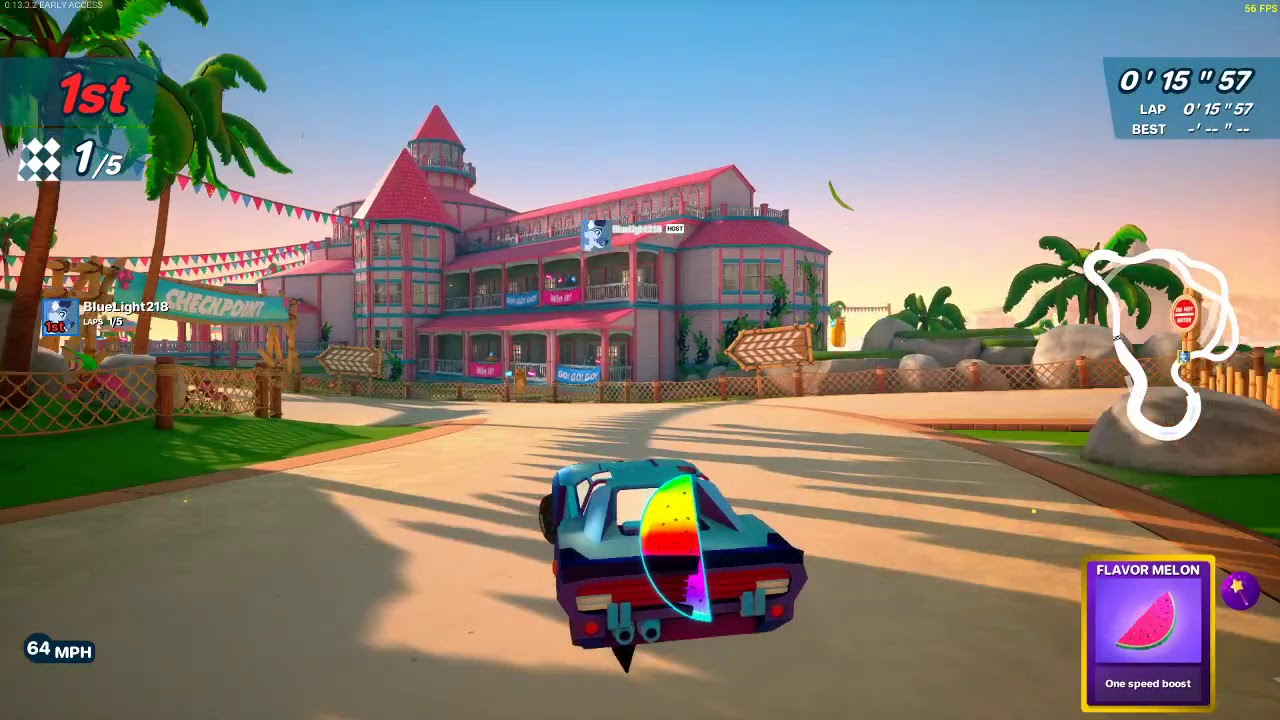 I’m not saying that these boosts have to be different cosmetic wise, but I think that only boosts performed with boost pads or melon boosts should be able to go through off road without getting slowed down.

And I wanted to mention that since many different people play the game worlds different ways, if this issue does get changed, maybe adding a modifier allowing this stuff to happen could be added in the future when modifiers are released? Especially because drifting in off road (or doing a drift before you go in the off road) doesn’t apply to just shortcuts, but also applies to cutting through off road to save a small amount of time. Even though I really don’t like how you can cut through off road, and more importantly shortcuts, I still believe that people who like to play like that should still get that opportunity with a modifier.

If a modifier is added that re-adds this ability in the future though, there definitely should be some restriction to these scores applying to the leaderboard, either that or there should be an entirely separate leaderboard for people who play with the modifier. Because I do think it would be a little unfair for people playing with the modifier to get much better scores, especially considering they no longer need to use melons on shortcuts, and could instead use it to gain time back in the track instead of using them all on the shortcuts.

Thanks for reading, and I would love to see what others think in the comments. Even though I do enjoy being able to go really fast and take off road routes without needing melons, I still think it should be taken out and instead be able to be played with a modifier, but I want to hear what others think too!

I definitely agree with this sentiment. Going offroad with a drift boost shouldn’t be all that possible, imo (but maybe I’m just too used to Mario Kart).

Yeah, I completely agree. The idea of being able to use your drift boosts to cut through small amounts of offroad (like some of the small open areas of Pine Valley’s track 2) feels wrong, but isn’t extremely broken, but the moment you realize you can do the exact same strategy to go through shortcuts is when it goes a little too far.