First off, I should probably get this off my chest. I NEVER liked Sonic The Shotgun. I always felt like the double barrel was perfectly balanced, and that the Sonic is just better than every way. I feel like 6 rapid fire shots is way too much power for every player to have at once. That’s just my opinion, though.

However, I feel little more strongly about the fact that on top of all that, the weapon has an alt fire that makes it extremely difficult for the first infected to tag another player. This used to not bother me back in GMT’s Virus because the gun would only be able to be reloaded once you depleted all your shells, but that’s no longer the case and you can reload whenever.

With that in mind, I feel something that would significantly contribute to the balance is making the push attack cost ammo. I say this because I recently had a game that was mostly my friends and we started bullying the only infected by pushing them away forever without even shooting them. If it were to be done, I think it should cost 2 out of the six shells to do.

Anyway, that’s just my hot take. What do you guys think?

All my yes. The push was being effective at literally no cost.

It uses energy, not ammos.

This should have a battery (as secondary ammo) and an HUD indicator for it instead.
Let’s say you can use it 5 times per round.

Yeah it needs a nerf.

I think all shotguns are in need of nerfs.

I wouldn’t recommend making it cost ammo.
I usually use it in panic blasts so having a slower charge-up would be good enough and prevent spamming.
Or having it not blast until the charge meets a certain threshold. 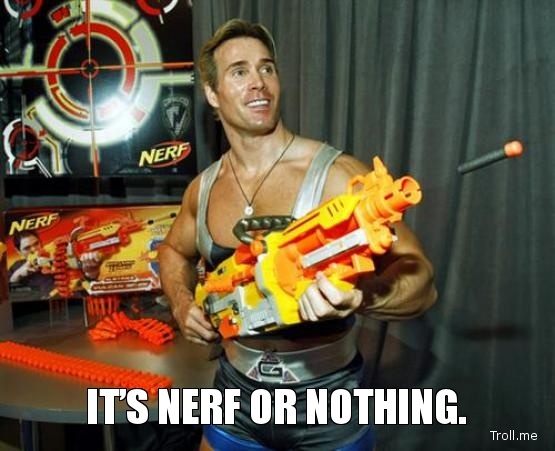