thanks to someone from my last post i finally found out what was going on, but now i gotta different problem, whenever i import this model in its in a tpose still, i set the origin to 0, set scale, and used automatic weights if thats important
i suspect it has something to do with when i was editing the armature to fit the model i deleted one arm then used symetricize on the other arm i already did and when i did that the new bones had the same name as the old ones so i dont think its that, but at the same time i made a different model where i also did that but with only a hand and not the whole arm, but still 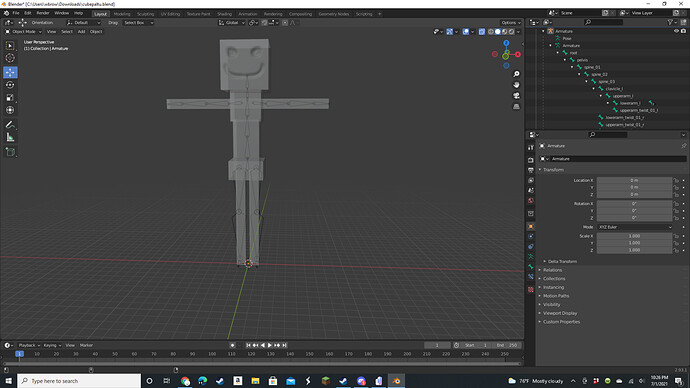 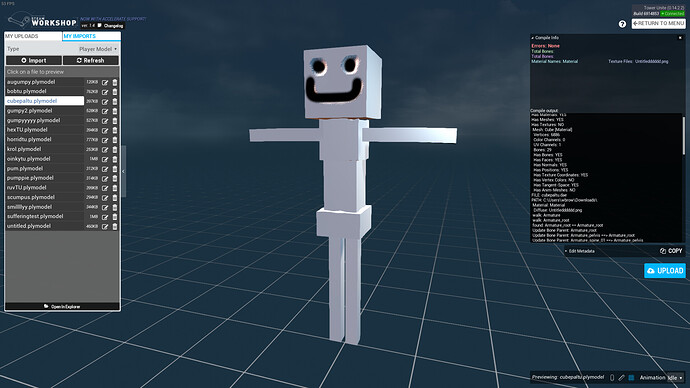