Hi there, this is probably my first time trying to import something into the Tower Unite Workshop, and I’m running into this issue I can’t seem to find a solution for where the lighting changes from polygon to polygon are extremely harsh. I’m basically going from something nearly completely lit to a near-pitch-black. Is there something I do not understand about how the model import process works? I’m exporting from blender using a .dae, and all the textures look fine, it’s just this lighting is being the bane of my existence.

Here’s an image of what I’m dealing with. It looks totally fine before exporting, and I’m already aware that the shaders in Blender don’t reflect what Tower’s going to have. However, I’ve been keeping it rather simple. I don’t know if I’m missing some additional texture in the transfer process, like a normal map or something similar, but I suppose my inexperience is showing because so far my research has been coming up with nothing, and anything I have attempted just hasn’t worked. 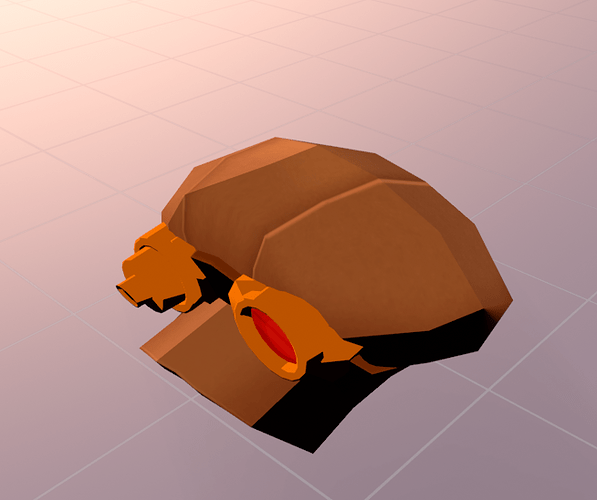 How large is the model when you import it into the workshop editor? I remember running into lighting/texture issues a while back when I scaled up a model in the editor that imported in at a really small size, so that could be the problem. If so, scale the model up to an appropriate size and apply transforms in Blender, and then try re-importing. Hard to tell what the problem is without having access to the model itself, but it’s worth a shot.

In hindsight, I really should’ve figured that was the case. Thanks a ton for the answer, that was it.