Question regarding the upload rules

In the rules for the Workshop it says to not upload game content/items that have not been modified. My question is: what is and isn’t considered a modification and how strict is this rule regarding items that can’t be purchased? I’d assume that major texture/model changes would be alright, but what about small clusters of items from gameworlds? I am doing a build themed around Little Crusaders, and I’d like to include some Little Crusaders map props, other than the Birb Statue milestone, as a little set piece for the build. 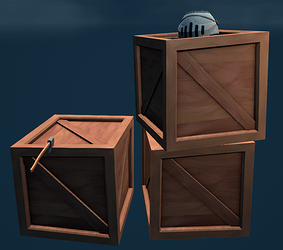 I don’t know if this breaks that rule, so I’m asking before I try uploading because I’d rather be safe than sorry.

Hopefully you get an official response, but in case you don’t, I don’t think this would be allowed on the Workshop. I believe they’ve said in the past that it doesn’t need to be purchasable, any content taken from TU can’t be uploaded to the Workshop.