My friends gifted me Tower Unite a few days back and so far I’ve been having a blast with them together. Having created workshop items in the past, I needed to take a look around the workshop, and most props that can be placed in your condo/house are completely static, which I think is a shame. I had an idea there, though. What if the game provided sliders to change what they look like?

I made a very quick and rough example in the video provided below. I’m a 3ds Max user, so the layout may look different from Blender. For that I apologize. But it should be pretty straight-forward to understand what’s happening here. The sliders to the right side can be set to any number between 1 and 100, altering the shape of the planter pot. The sliders can also be combined to mix the shape up further. 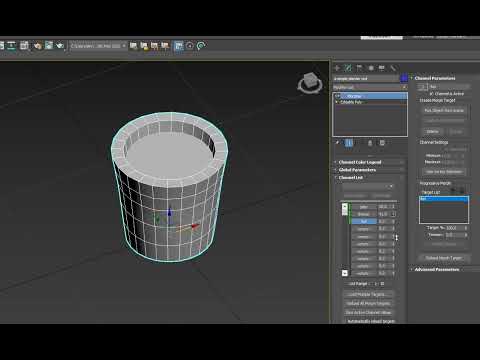 This is a very meager example, but imagine for a moment if you had a plant in that pot, and it also has sliders. The sliders can change the shape of the plant’s leaves, shrink or grow the plant, or have flowers come out blooming.

Shapekeys like these have often been used to alter the expressions of a character’s face in Source Filmmaker and Garry’s Mod, the latter being the game I was told Tower Unite originated from.

As a side note, this is not animation. The plant and pot will stay in the state you set your sliders to, but that state could theoretically be changed manually at any moment.

Since the game is still in early access, I would love for this idea to come through somehow. It would allow props placed in your house to have much greater variety while still all condensed to a single model.

Tower Unite does possess some tools in-game that can be used to change the scale, rotation, and some attributes of objects. However, Shape Keys would definitely be an interesting addition to the workshop, but a tricky one, as the system would have to load that metadata each time someone joined a condo with that item. I’m not entirely familiar with Unreal and how it handles such data, but @macdguy, our exalted, beloved, and dangerously cheesy head developer may have some insights.

That being said, even if its not doable now, it may become doable later on, as PT is always working on optimizing systems in the game.