Seeing as though the Throwing Knife and Cleaver has collision with players, i was thinking it would be nice to have the same thing for the Potato Gun.

This was attempted but there’s some issues with the collision system that Zak was still trying to figure out. Seeing as it was such a low priority feature, he decided to put it on hold for now.

What do you mean “low priority” 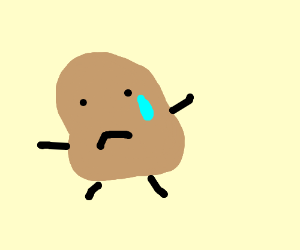 He means that’s actually not the most important task to do.