Simply post your PC Specs, I wanna see what everyone has.

Now admittedly when I was preparing this rig that I got last month, I wanted it to be future proof, so these specs may seem overkill to you, but I hope to keep this rig for at least 5 or 6 years. 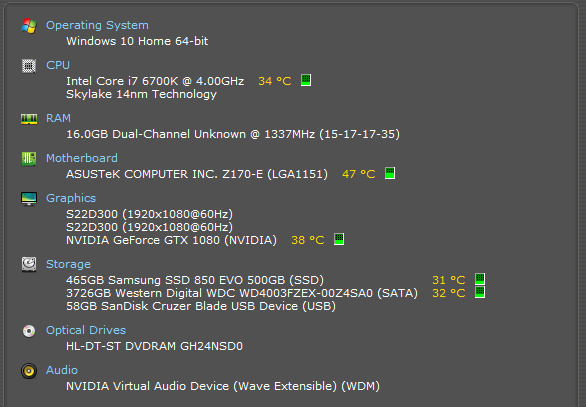 The case is a Cooler Master CM 690 III and the 1080 is a Palit Jetstream, which has been a really nice card and as its not shown in speccy for some reason the ram is 16GB HyperX FURY DDR4 @ 2666MHz

But, there was already a specs thread in the Technology subforum, why make another thread for them? Not complaining, just curious.