I feel with the drama going on that this is needed. Just post your appreciation towards PixelTail and devs and lets fill this thread with good vibes.

honestly, this topic is what we needed for today. thank you for posting this!

also, i love all of the devs, keep doing your work!

i appreciate the devs for being transparent with the community, it’s pretty cool

not liking how they’re treating discussion about the gmod tower open source thing, but i can appreciate the game itself and rerunning gmod tower for its 10th anniversary.

Okay, I’ve seen a few people now in the various threads here (which I’d much rather forget ever existed) say the same thing, and I just gotta say: It’s literally been like half a day. The whole thing happened in the middle of the night yesterday and it’s still early morning for most devs today. Please don’t take this the wrong way, but give the devs a little bit of time to actually discuss it in detail.

It’s like some people here expect Mac to wake up, look at the thread, and instantly come up with a proper response to controversy. I’m certain that the dev team is gonna be talking about it during their voice call today and that they’ll come up with an action plan to try and resolve things or come up with a final decision on the Open Source issue. It makes perfect sense to not want to rush any responses and say things that may contradict their final statement or escalate things in the community.

@expert_plungophone, this wasn’t directed towards you in particular, but rather to the people I’ve seen disrespecting Pixeltail for their ‘lack of action’, so apologies for the rant!

So with that all said, let’s please put this whole thing behind us and move on. I don’t want to derail yet another thread, so I’ll end this by focusing on all the good Pixeltail has done. They’re probably one of, if not the most transparent game development company I’ve ever seen, and it’s very easy to see the amount of passion and dedication they’ve put into Tower Unite and GMT alike. Every update makes the game more fun and makes me see even higher potential for such an ambitious game. I can’t wait to see how TU shapes up in the future, and I’m excited to follow Pixeltail onto their next projects after TU as well

it’s not the lack of action i’m concerned about, making decisions takes time and that’s fine. what i don’t like is them locking threads regarding the situation and stopping any discussion about the topic. by stopping all discussion you remove the chance of the community resolving it themselves and moving on to better things.

I called upon them to lock the first thread because it was drastically off topic. The second thread turned into people flaming each other and arguing for the sake of arguing. When a thread becomes toxic like that, I’d rather have it be locked.

I still don’t want to change the topic of this thread so if you want to continue this discussion, I’m happy to do so via PMs

Devs, thanks for sticking with this game through the years, trying to deliver and improve on the promise we backed so long ago. It must take a lot of dedication, hard work and love for what you do to work on the same project for so long, especially without backing down on the no microtransactions promise. And even though I don’t always agree with the design choices made during the development (and even that might be due to me being here from the very beginning and slowly burning out), you have my respect for the way you develop the game and interact with the community.
I hope you all do well in the future.

I’m not great with words but, after last night, I definitely felt the need to contribute to this. I haven’t always agreed with everything the devs have done (I’m still dying for VR support), but I do respect their decisions. It is ultimately their product after all. I do, however, have the utmost respect for how incredibly dedicated they are. Their passion and dedication is really inspiring. They are crafting an amazing experience with TU and I’m proud to have backed it and I cant wait to see where this game goes and what they do next, after TU has eventually run its course.

I never shut the hell up about how I love Pixel Tail and how I love what you guys do, AND I NEVER WILL!
You guys are amazing and despite hurtle after hurtle behind the scenes, the negative reviews, the change in staff, the days where you FINALLY push out the update you’ve been dying to drop and SOMEHOW it breaks the whole game and you have to stay up EVEN LATER working around the clock trying to fix everything so that people will see you love and care for your game and community.

The little things that some players might not think about, how you guys are human beings and it must be tough to put your work out there and be judged so harshly sometimes…but you’re human and you do the best you can with what you’ve got and as annoying as it may get hearing me say the same things over and over weather you notice or not. Above all things I believe a few truths, one of them being that Tower Unite is a million dollar idea and it will succeed, no matter what trials and tribulations the future brings. I’m always so proud to see how far this game has come, and how much time and effort you all put into it.

…I didn’t really think up a nice little bow on top ending for this but, just know that there are a lot of people despite current events that love your work, and look forward to enjoying the fruits of your labor with each update you have in store for us. Keep it up, proud of you.

You all have been doing such a great job, the amount of patience you all have through all this crap is insane. I’d be losing my damn mind.

You’re all so talented and passionate about Tower it really sucks seeing all this happen. Just wanted to send some positive vibes your way. And thank you for one of the most enjoyable games ever :’)

Unlike other Early access games, they don’t just take your money and stop working on the game, Tower Unite is CONSTANTLY getting better, they work really hard on getting cool, insteresting content out, fixing bugs, always listening to the community and always keeping the promise of no microtransactions.

It’s very clear that they actually have passion for the project.

People sending hate always forget that they’re just human beings trying to make a living out of something they love, and also a very small team for a project this big. 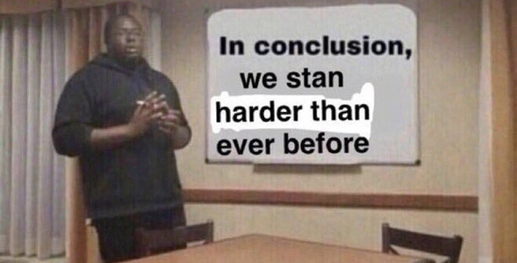 Proud of you guys, keep going

This game scratched my interior decorating itch, which is hard to find in games. The minigames are great, every new thing that gets added is hours of fun.

I’ve been buying copies for my friends to keep supporting.

I don’t know the drama, I was gone for a week, I don’t really want to either.
This team cares about their game and that’s why they get my constant support and promotion.