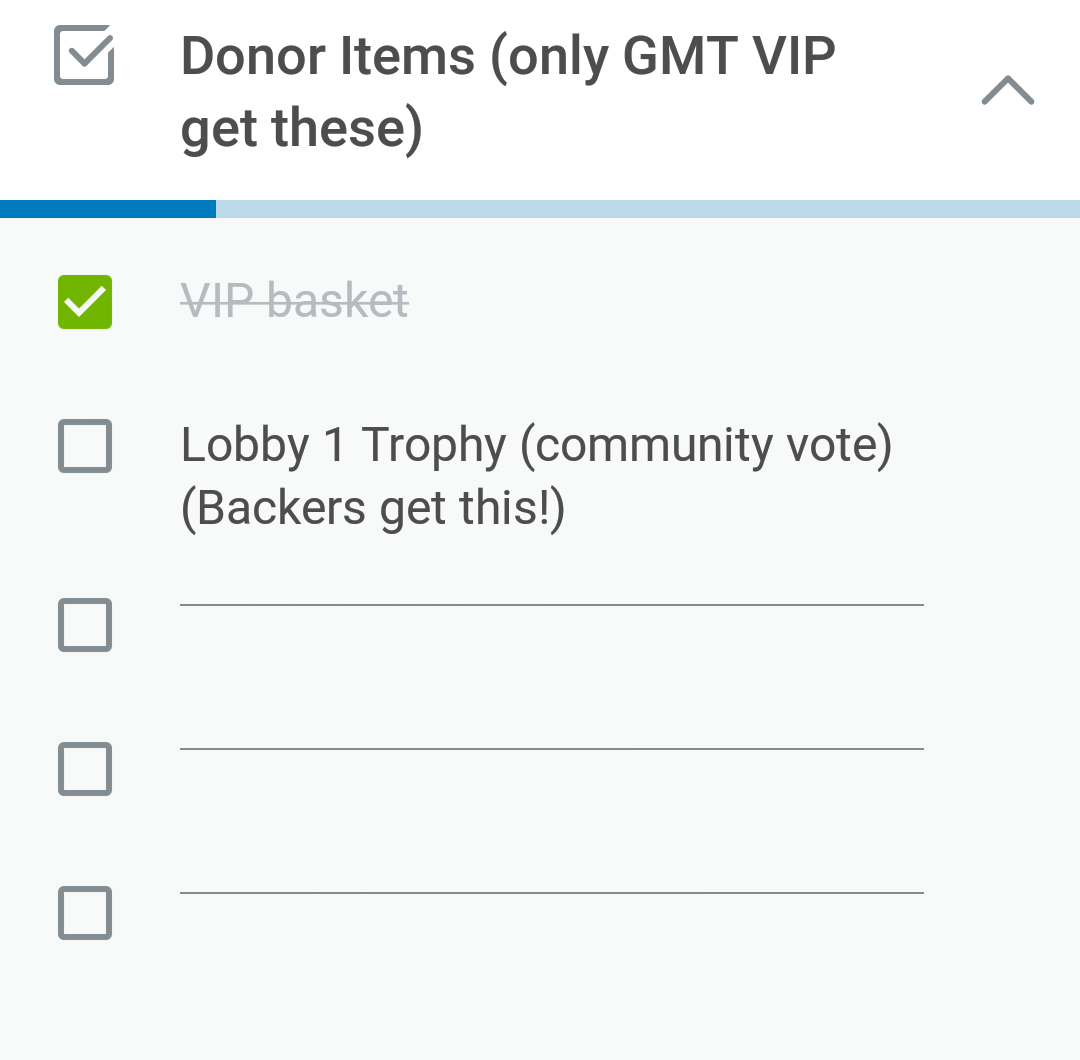 Now, I know we were promised five exclusive items, and a condo tweak, and a community voted item. It appears that one of our exclusive items and the condo tweak is missing from the card. Anyone (or any dev) know what happened to the two items?

Also, what do you guys think/hope the items and condo tweak will be?

I wouldn’t expect anything fancy. I’m guessing a small additional room similar to a walk-in closet.

I do know the plate was originally the missing donor item, but it (along with a new plate apparently) was decided to be given to all Gmod Tower players rather than just donors, which makes more sense if you ask me. It might be replaced so we get 5 items again, but it’s too early to tell without any official confirmation.

As for the condo tweak, Mac had this to say:

What about paid members? Questions

I'd like to take the time here to explain what this means more in-depth because we haven't done any explaination of the sort. The condo room (or the condo room tweak or the condo tweak as many people have been calling it) most likely won't be a thing until we finish the condo editor (which we're still discussing where it goes on the roadmap, if at all). It's a VERY small thing, nothing huge. We don't want to give donors this huge tweak that no one else can use.

Personally, I’d love to see the tweak be a color cycle option for lights, but I dunno if that would be considered unfair or not. We’ll just have to see.

I fully expect it to be replaced. If we were told we get five exclusive items, and they make one of those planned items for all GMT players, of course we should get a new item instead.

The condo tweak probably isn’t going to be listed on the trello until the condo editor is a thing, which is in the far future.

“Text Hat” or “Take on me” or even something a player can wear would be one of the hidden checkboxes, i just hope.