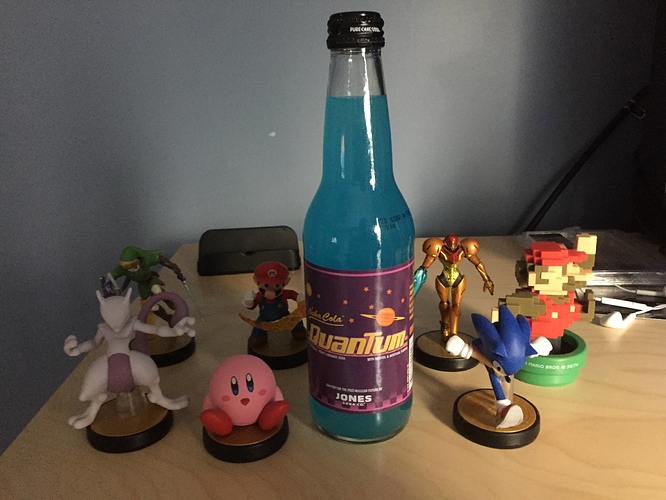 I read online that you might have to ask someone to get it, but your mileage may vary. Also. It doesn’t glow in the dark. 0/10.

It apparently sold out near me, I don’t mind though I was able to get one the day they first came out, It’s now proudly sitting next to my Pipboy

Wow, I didn’t know this exists.
Oh, I also like your Amiibo Collection.

It’s a shame they didn’t make it in the shape of the in-game bottle.

Wait… This is just Jones’s berry lemonade soda in a nuka cola bottle?

Might pick one up just to keep, but I bet none of you are actually prepared to taste it. It’s a crazy flavor.

I’m tempted to put an LED light underneath the bottle so it will glow in the dark. Like a little nightlight, heh.

I just bought my 1 quantum, Went to the BevMo across the street and bought a 4 pack of the berry lemonaid. I don’t actually mind it, It’s pretty normal compared to some of Jones’ other sodas