Hello naTUre lovers!
Here’s an update to sync your teeth into. 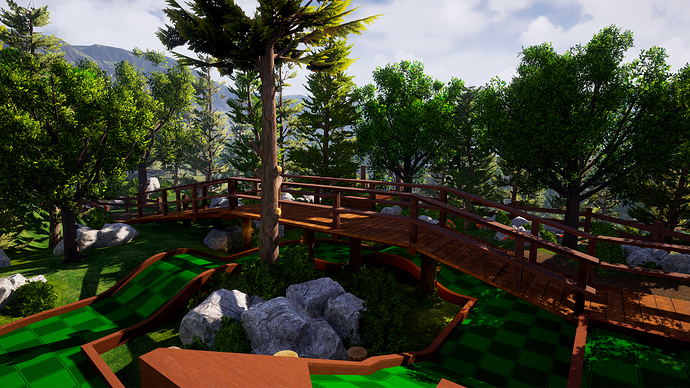 A familiar map recreated by Johanna.

Developer Notes: The foliage setting currently only works on certain maps (including the Plaza). We plan to implement the feature onto some of our other maps in the near future.

This update addresses the issue where the client golf ball position was different from where the golf ball was located on the server’s end. This is what caused issues where users thought they were putting in one location, but upon putting, would actually be in a completely different location.

We also addressed the Bowling pin issue where bowling pins would sometimes appear to be knocked down on your client, but stood back up for the server. The simulation now is 100% correct and pins knocked down will stay down.

Thanks best devs ever met!

The bite radius was increased by like 2 cm. It’s pretty much the same but that extra cm helps with high ping people.