So Pixeltail,I’ve been thinking of a singleplayer gamemode (FOR GMOD,NOT TOWER UNITE OR GMOD TOWER) which is a racing gamemode.It’s called Velocity.You might wonder what this is.It’s basically inspired by NFS Underground,NFS Most Wanted,and NFS Carbon.And yes,it’s standalone (and it might have adverts for Tower Unite).

Moved to Off Topic since this idea is, as stated:

I’m pretty sure PixelTail are no longer making content for Garry’s Mod in general.
They want to move on from mods to full games.

Besides, Source isn’t meant for racing games, at all. It probably wouldn’t play too well.

I’m saying that it’s a gamemode for Garry’s Mod.

But it has nothing to do with Tower Unite OR Pixel Tail games.
Why did you bother making the thread here?

It was in one topic, it got moved to Off-Topic, and someone moved it back here. I’ll move it back to Off-Topic.

Why? Your topic clearly says “New Gmod Gamemode idea”. This is a forums for PixelTail games. Last I checked, they don’t develop for GMOD anymore.

Asking us to make a racing game in GMod is sort of like asking us to build a bridge out of tin foil.

I’m saying that it’s a gamemode for Garry’s Mod.

sort of like asking us to build a bridge out of tin foil. 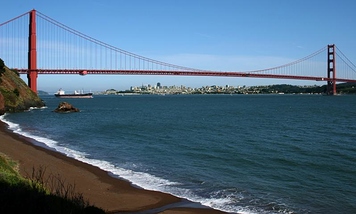 all images pulled from Google. They’re not mine, lol

Half Life 2 and the L4D series have driving levels!

I honestly doubt they would ever go back to Source/GMod after experiencing a much better engine such as Unreal.

Unless something ridiculous happens, they aren’t going back to GMod. Ever.

Ok. I’ll find somebody else. And how do you close topics?

IF Tower Unite flops, the devs will have to part ways and go find other jobs. They won’t be doing GMod things anymore.