When I started work on this condo, I decided I would take everything people did with the default condo, and do the opposite or reverse of it (e.g. Putting home theatre in master bedroom instead of spare room, etc). Now heres the photos, feel free to give feedback! 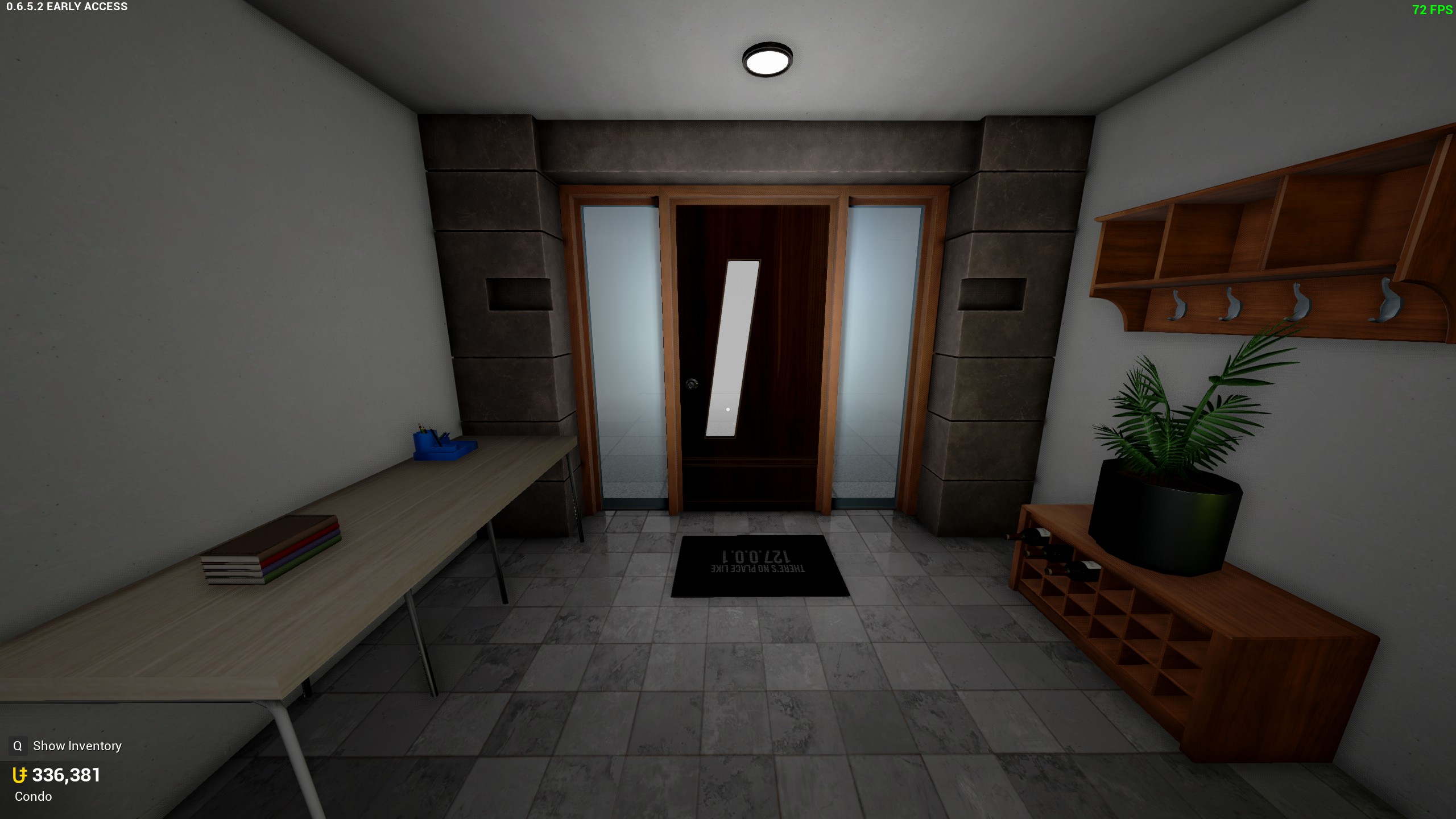 I noticed people often didn’t do much with the entrance of their condo. What they don’t realize is that first impressions matter, and I tried my best to hook any visitors into exploring more than the media center. 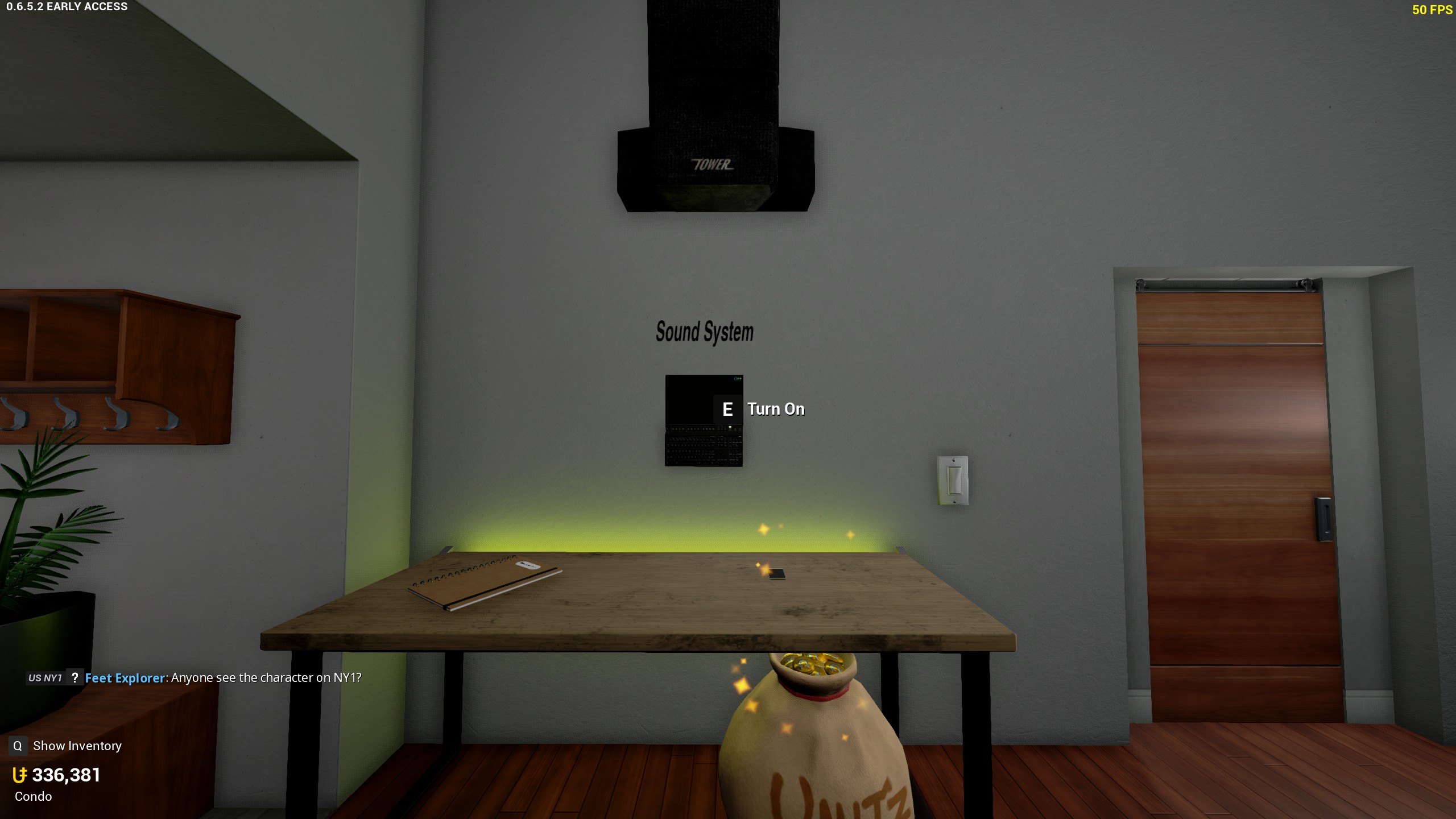 This was a little idea of mine to make a lil sound system that I could use to play ambient music throughout the condo, also because I wanted to make an excuse to create a table with a rainbow light behind it. 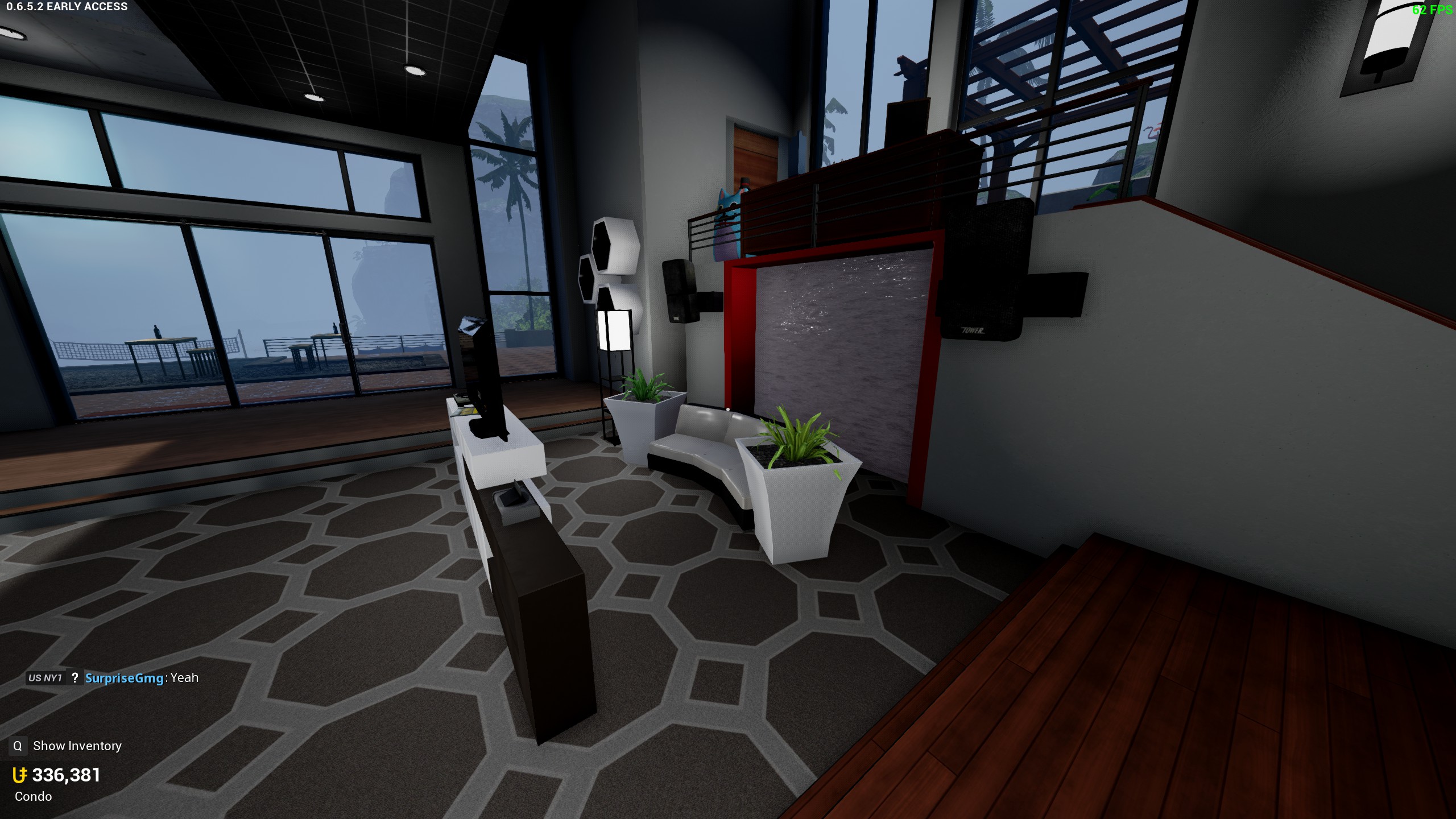 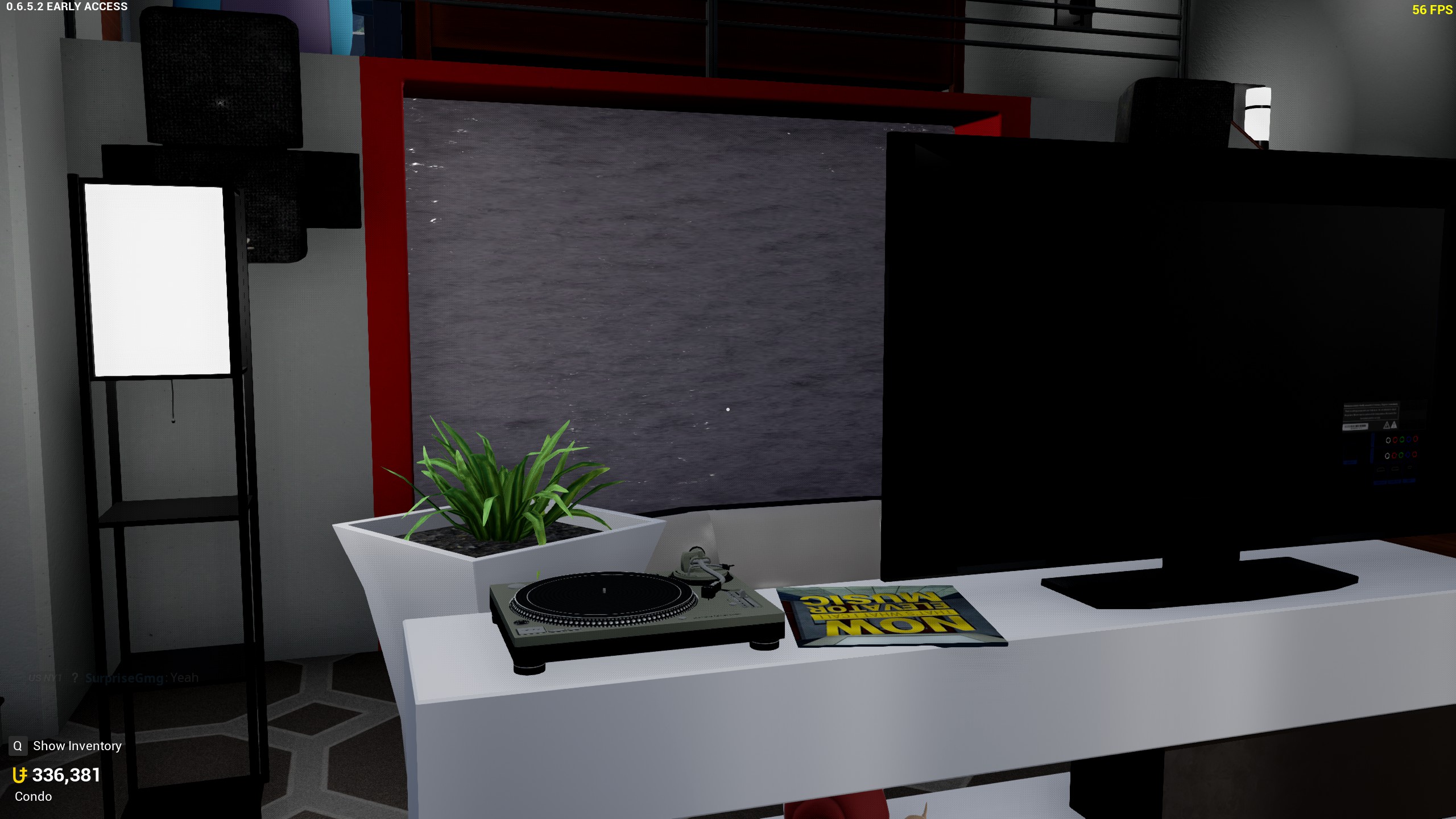 When you walk into a default condo, its the usual thing: normal boring couch in front of big tv that is fit inside the cubby hole. I took it upon myself to make this condo less than boring and changing the formula by actually doing something different. I really like the fountain wall thing I put in the place of where the TV would usually go. 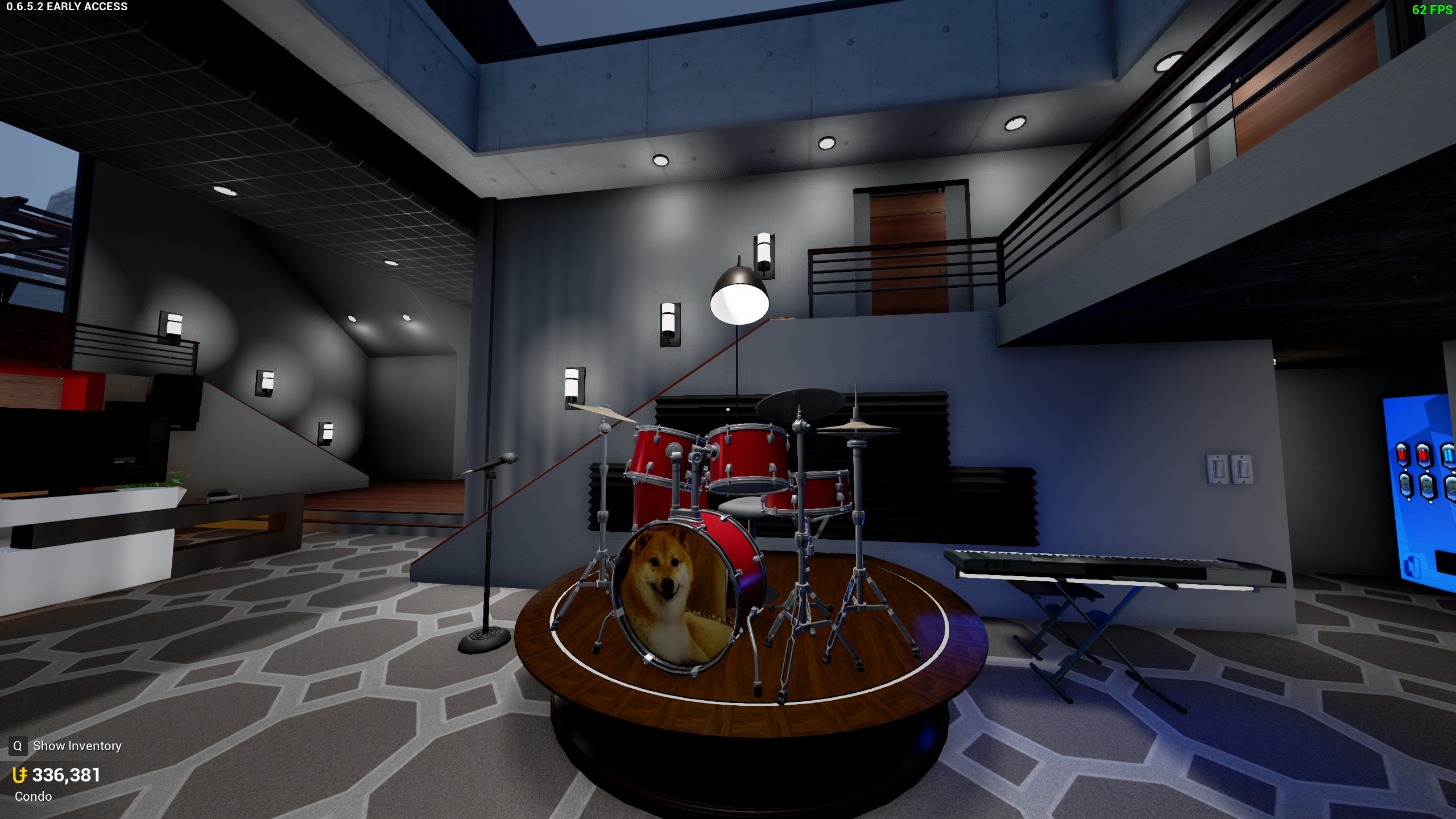 This is a new idea IMO, rather than slap a grand piano anywhere and let Drrabbit go ham on it, I tried to fit a whole band setup into the small spaces of the condo, I’ll leave it to all the people willing to leave a comment to rate how good an idea it was to do this. 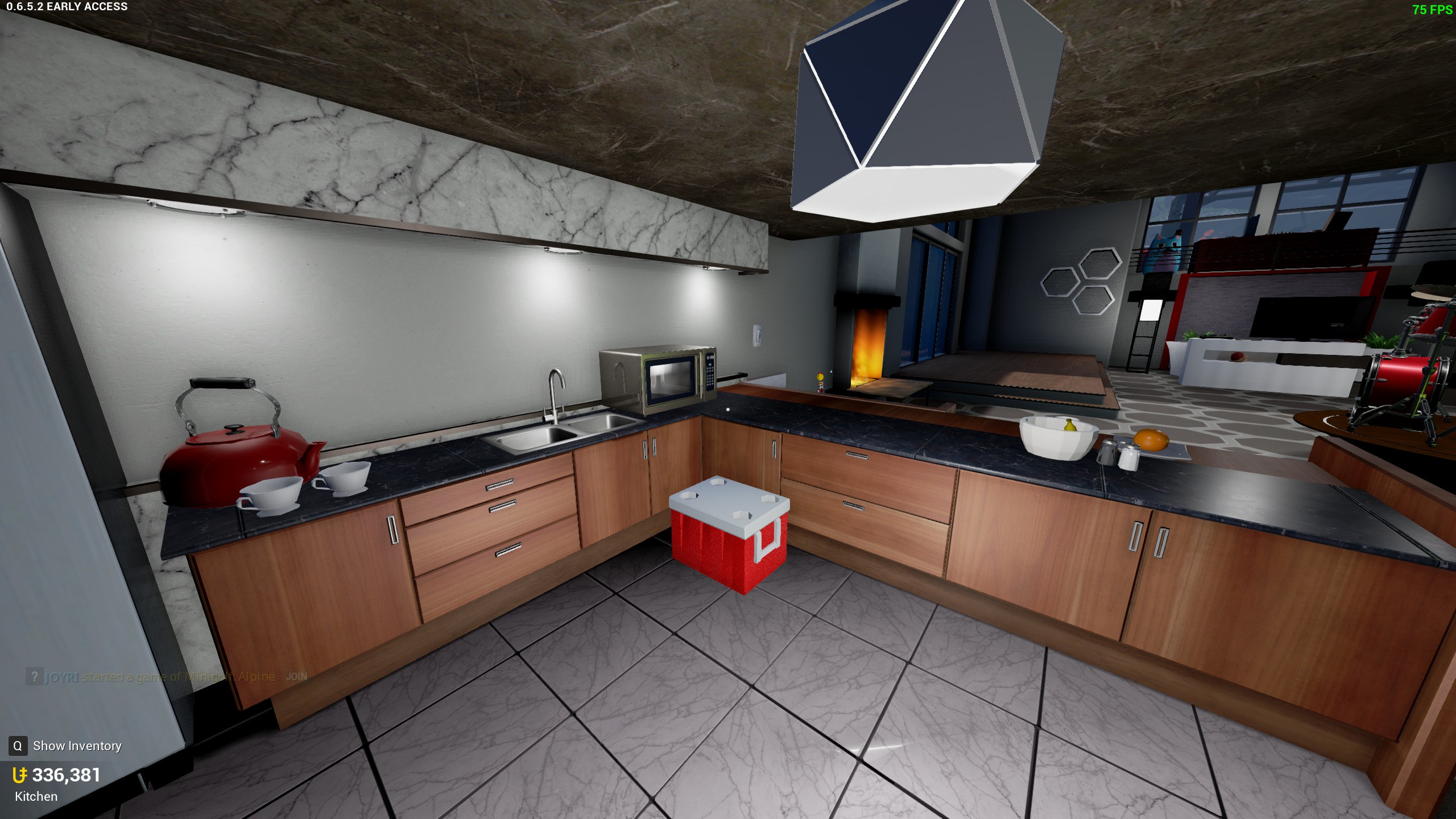 This is probably the weakest part of the condo, it tried nothing new which goes against my main idea for the condo, it does have a lot of workshop items though (which was used for a bowl which apparently the game doesn’t have.) 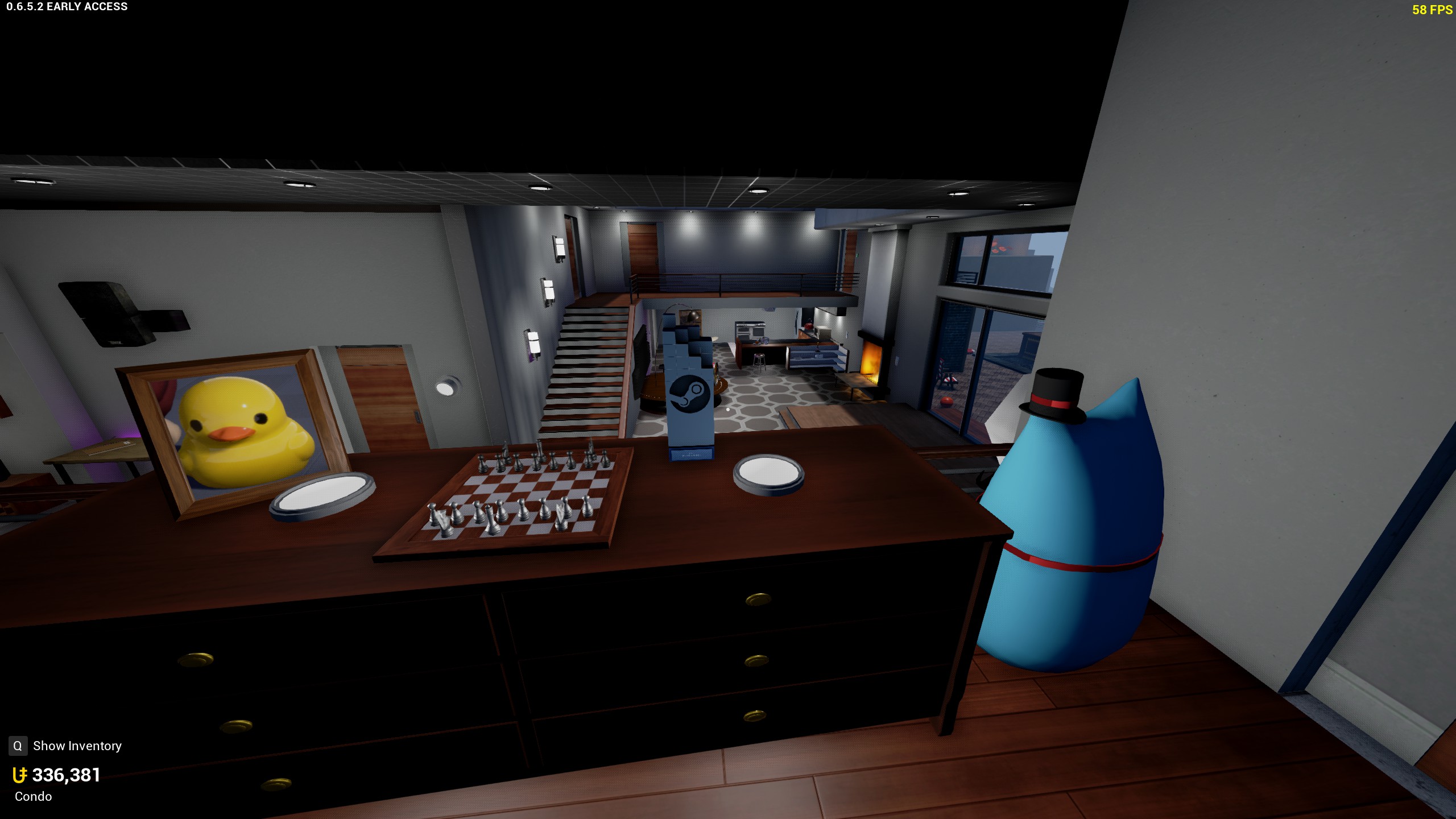 Another underrated part of the default condo which not too many people make use of. It has large, beautiful windows which reveal the also underrated and neglected part of the condo, the garden area. I tried my best to make it look nice and used a few workshop items. 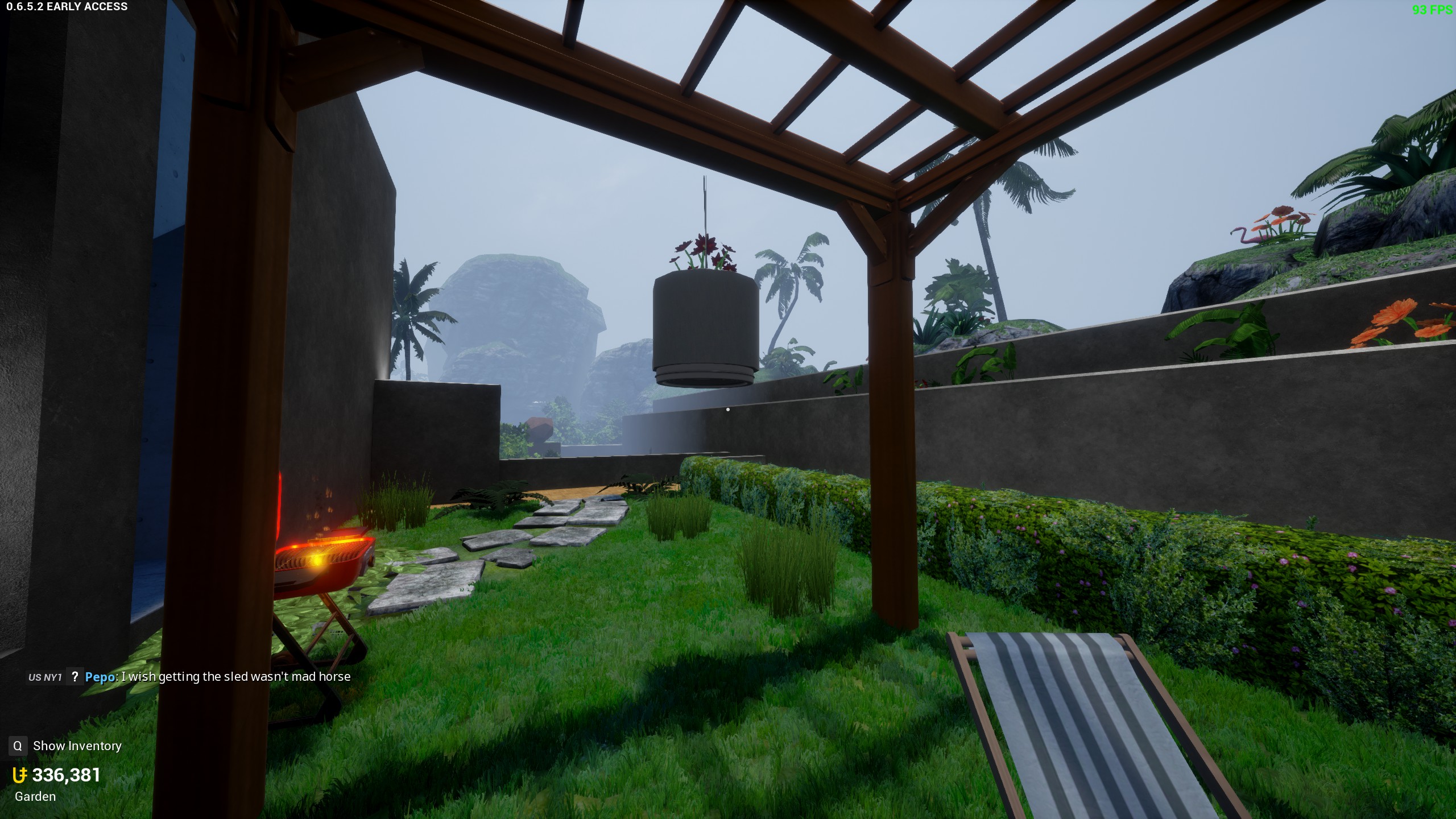 Like I said, the garden is underused and neglected, I tried to put some actual plants and made an attempt at a flying garden. I used a flattened retro light for the wire and since the bottom of the flower pot isn’t rendered (at the time of writing), I used a metal keg to make a somewhat good looking bottom. 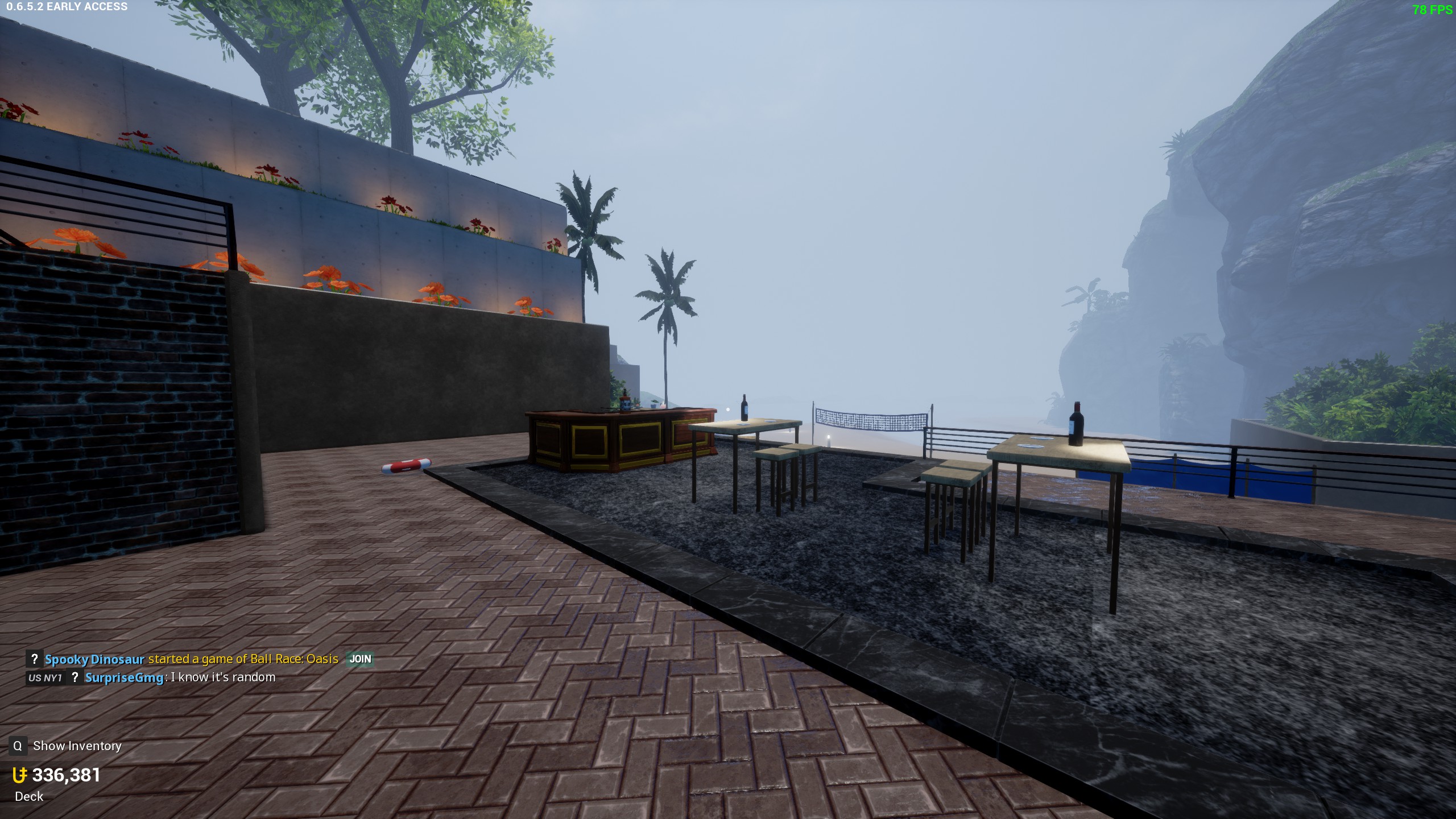 Unlike most condos, this patio has a different floor texture this time (Before I tried to use one of those nice looking rock patio textures but was limited by how bad repeating textures look on large surfaces). I also blocked off the pool and replaced it with an outdoor bar. As you may have noticed in the background, I added some pretty looking flowers and some trees on the roof.

Zoomout of the Outdoors, Patio, and Roof. 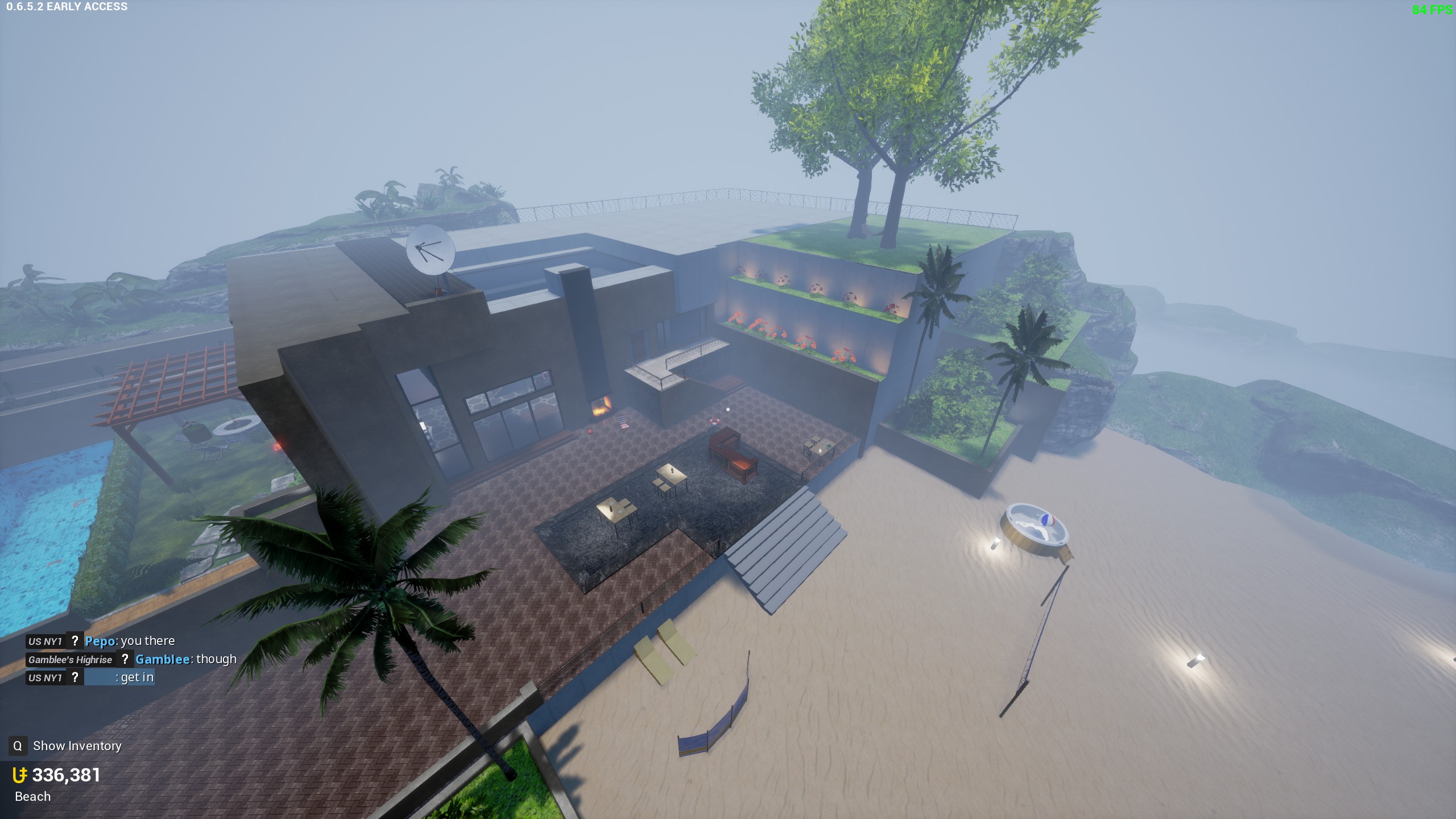 With this condo, I also tried to make it Certified Non-Jetpack Friendly ™ and made some stairs leading down to the beach to allow easy access to the two areas. There wasn’t much to do with the roof as its so disfigured and not at all flat in most areas, there wasn’t much able to be done, and I sure wasn’t going to pull a Pao’Enterprise and build a massive hotel on it. The most limiting factor with building this condo was my unit count for sure.

Bathroom and Indoor Pool (WIP):
Remember what I said about first impressions? Well that really comes into play with the bathroom, its so clunky and non editable that nothing can really be done with it other than an item or too, which is why so many good condos end up having a completely unchanged bathroom. I tried my hardest to do something new. 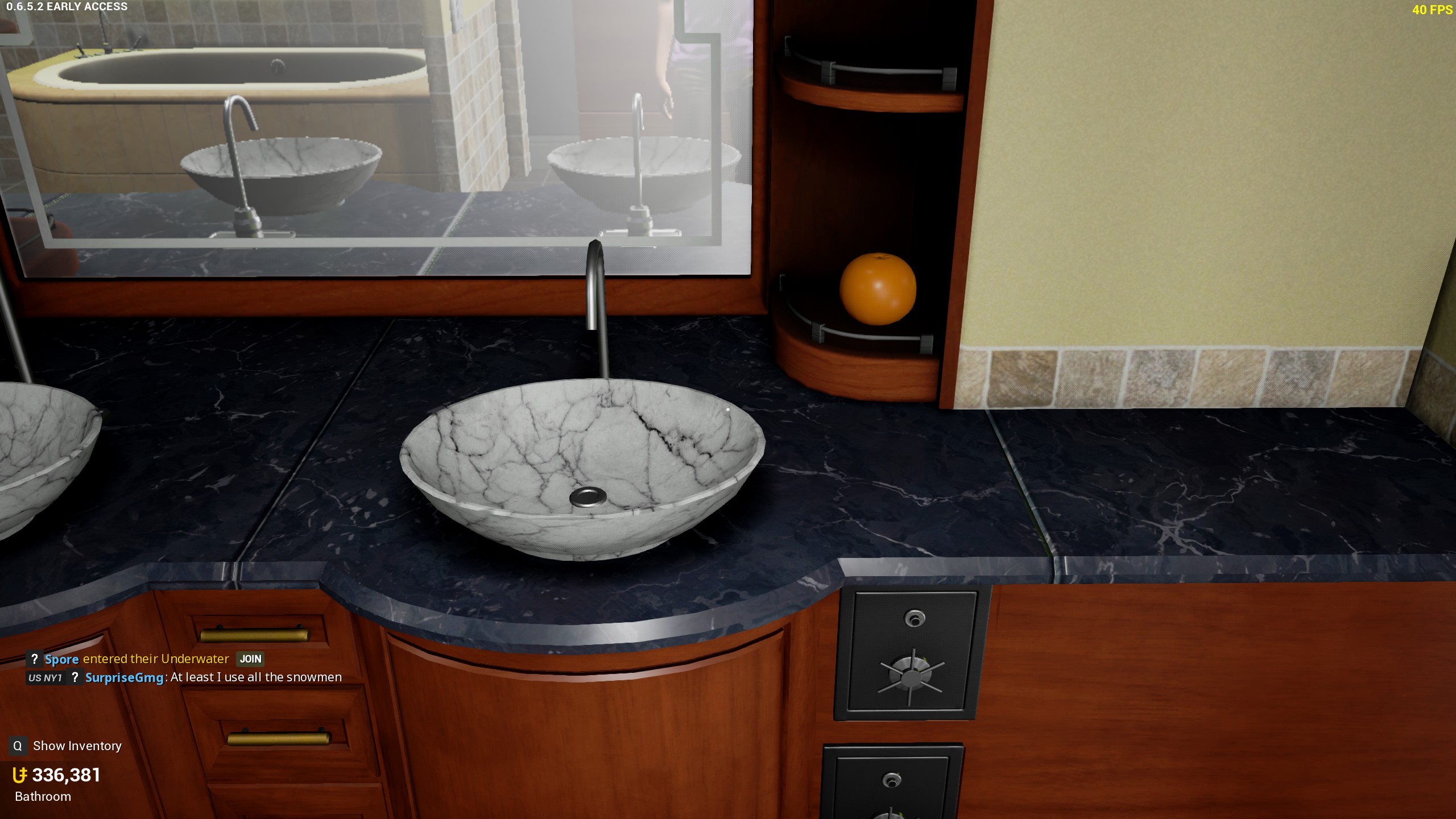 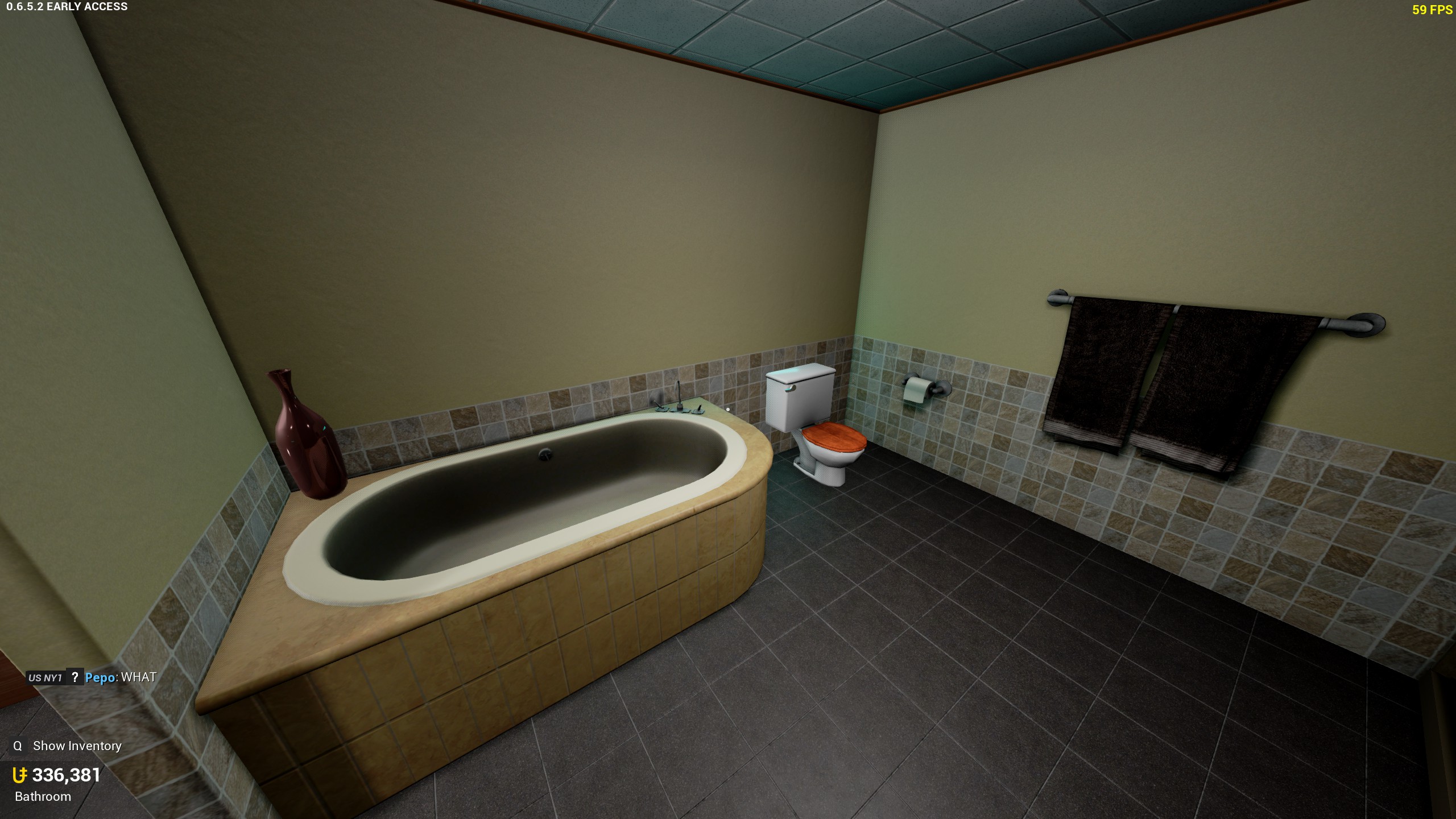 The Indoor Pool was made with clever use of stretched hot tubs which have started appearing in most condos recently so I decided to jump on the bandwagon. The problem is that for some reason the tile pool texture used in TU’s pools is not actually available to use in condo editing (devs pls fix). This means I could either use some less fitting ingame texture or use some crappy canvas texture. I went with the former. 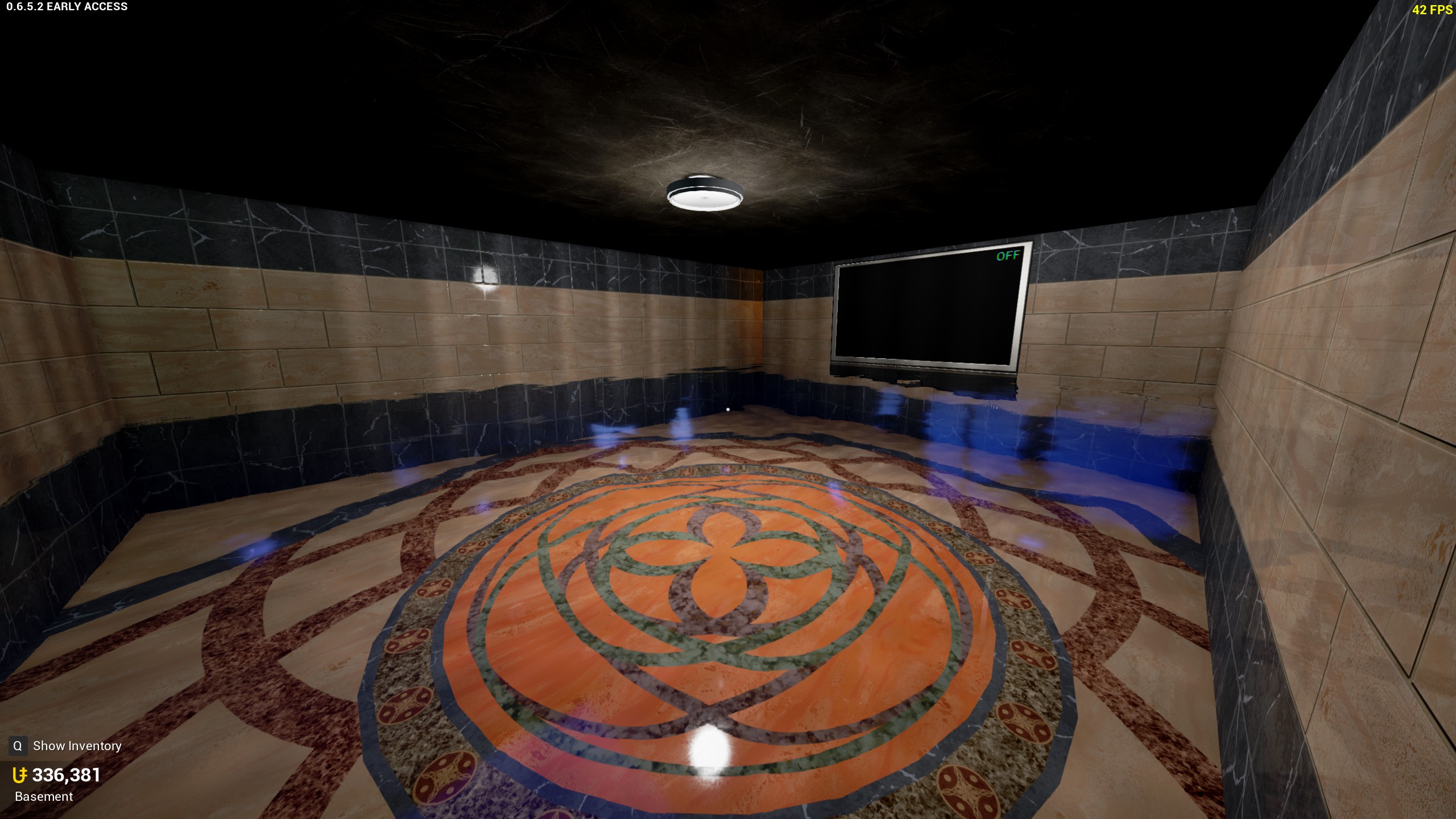 Home Theatre and Bedroom:
Most people put their theatre (if they even have one) in the spare room and their bedroom in the master bedroom. I did the opposite of that because why not. 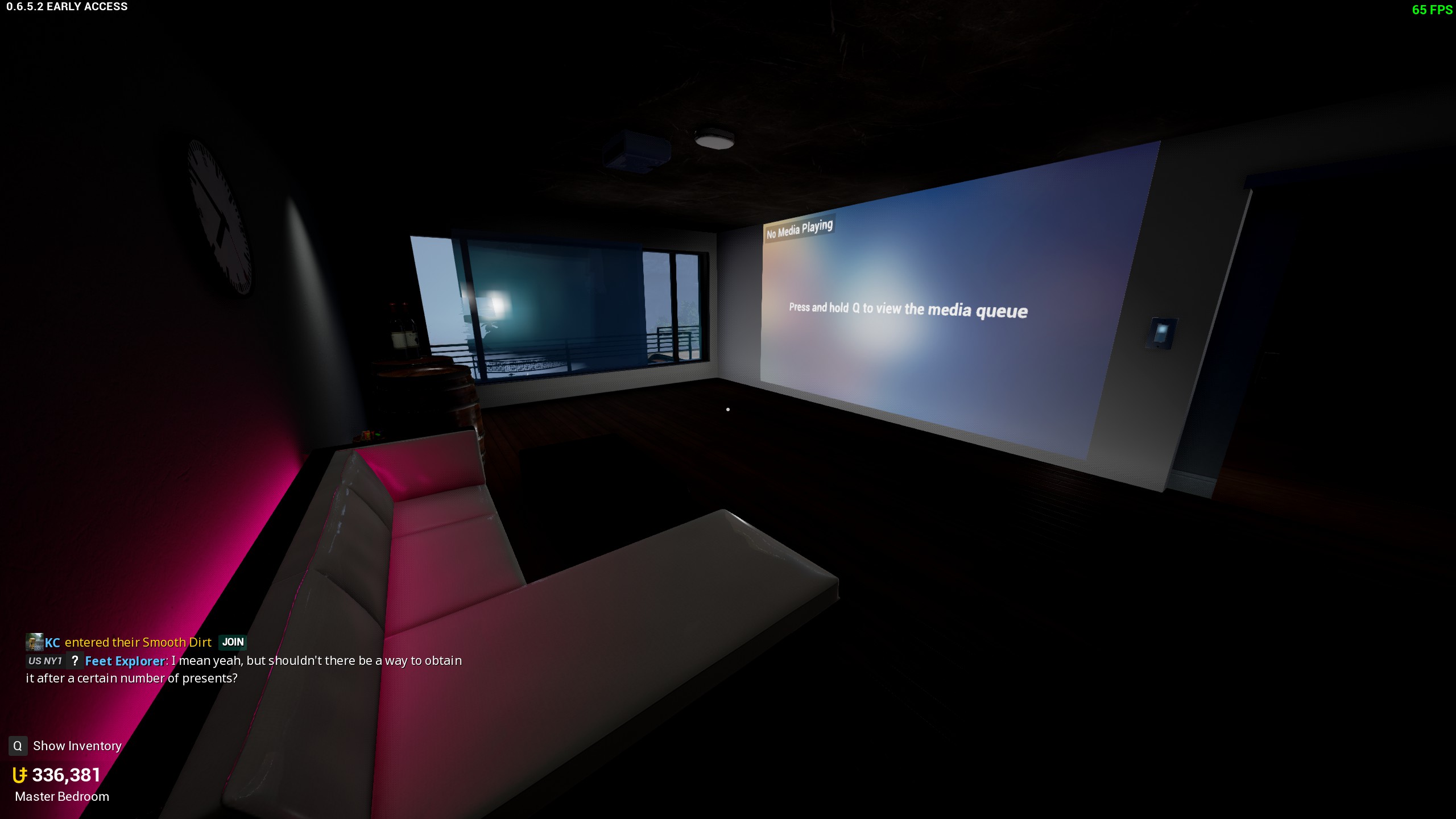 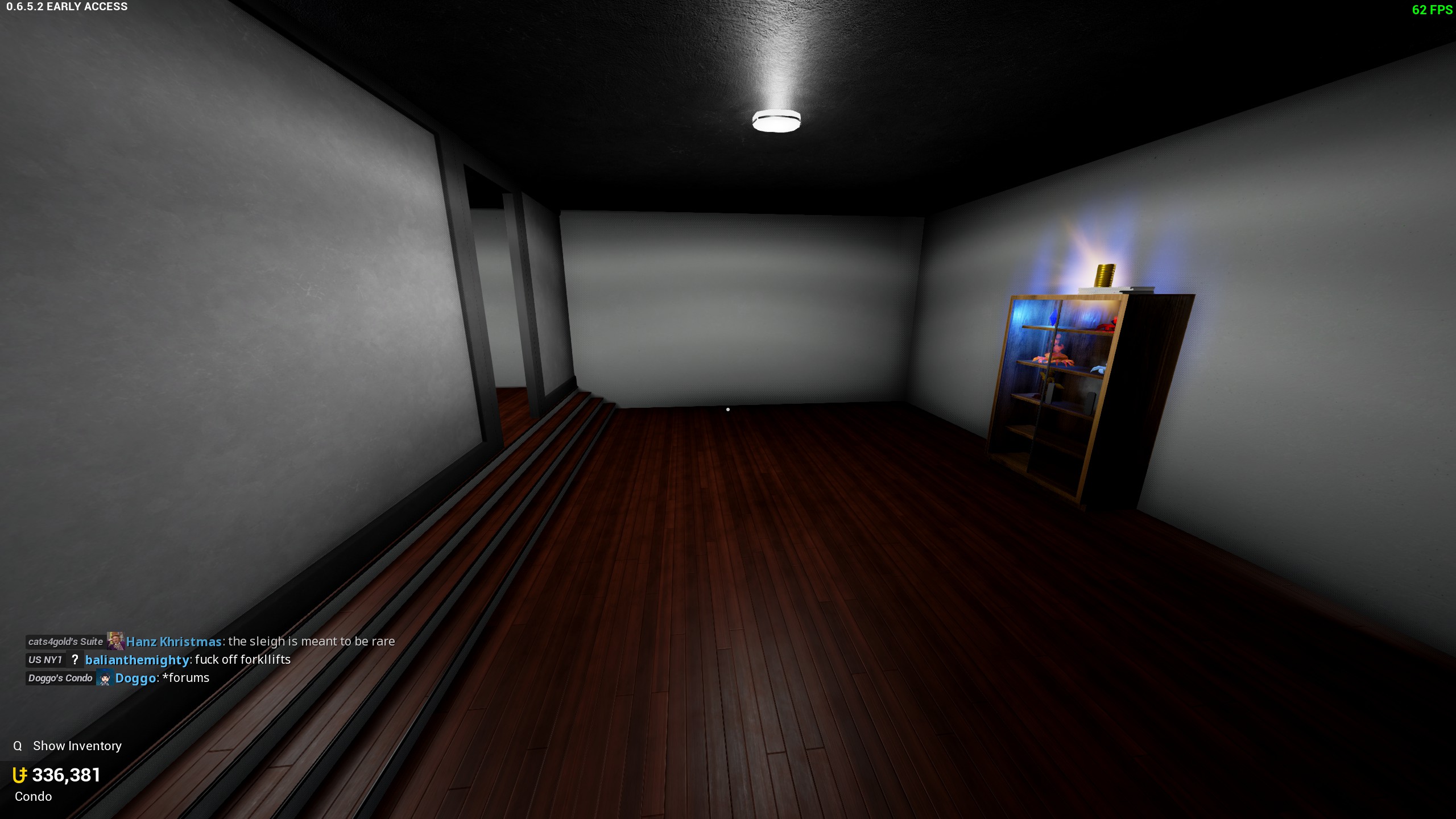 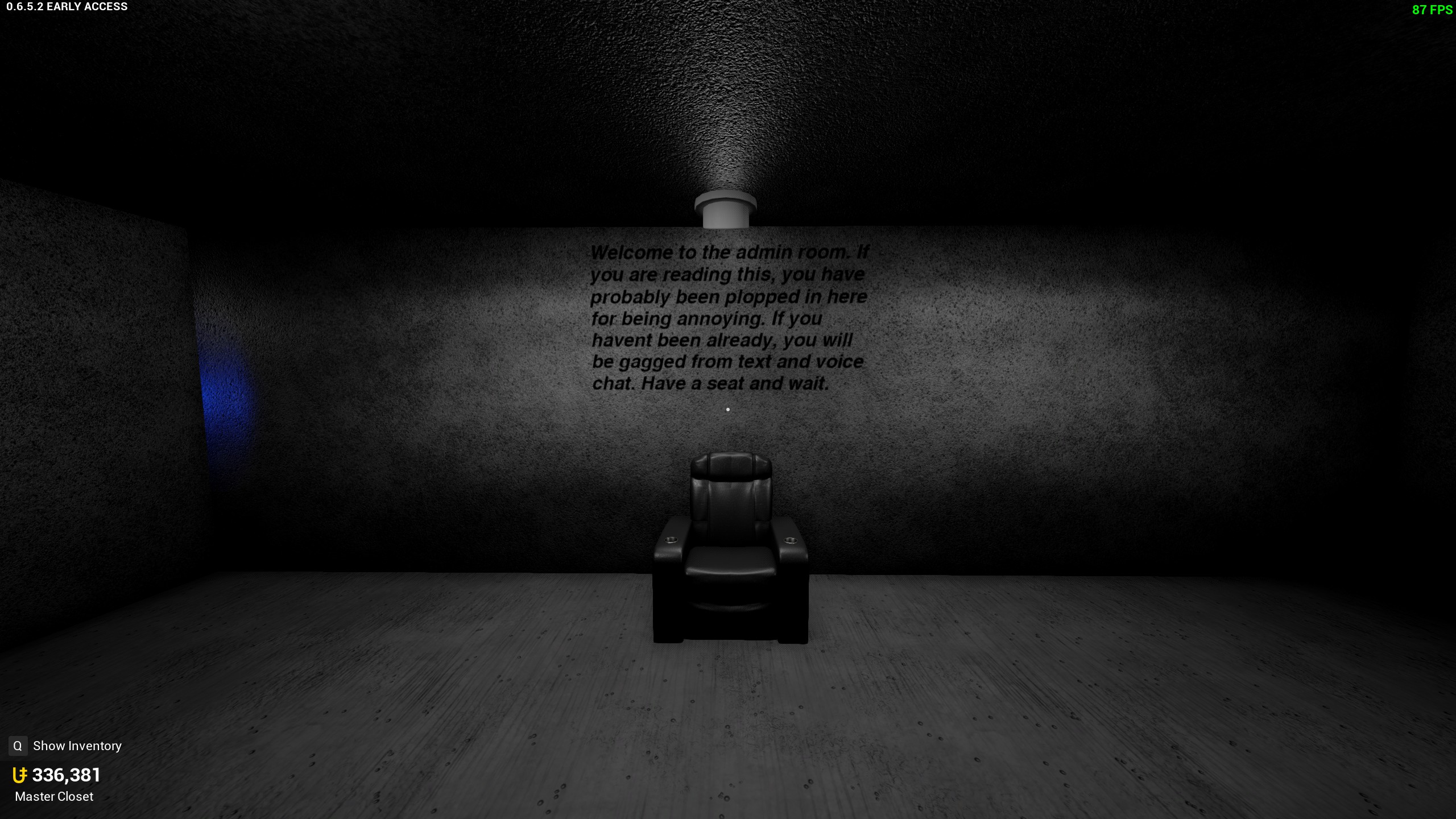 This room was the result of not having anything to do with the master closet. I know you can just ban or kick players. But I would rather place them in a cage.

Thank you for viewing my condo! Any suggestions or constructive criticism is appreciated!

How much time did that take you?!

I only really worked on the condo in my free time, so it was probably about 48 hours of build time spread across many days.

Minor thing I forgot to mention, I tried to make one of those fancy umbrella in a cup drinks and accidentally spent an entire day trying to position the table with umbrella just right so the table was inside the drink and the umbrella was poking out. Im more proud of it than I should be. 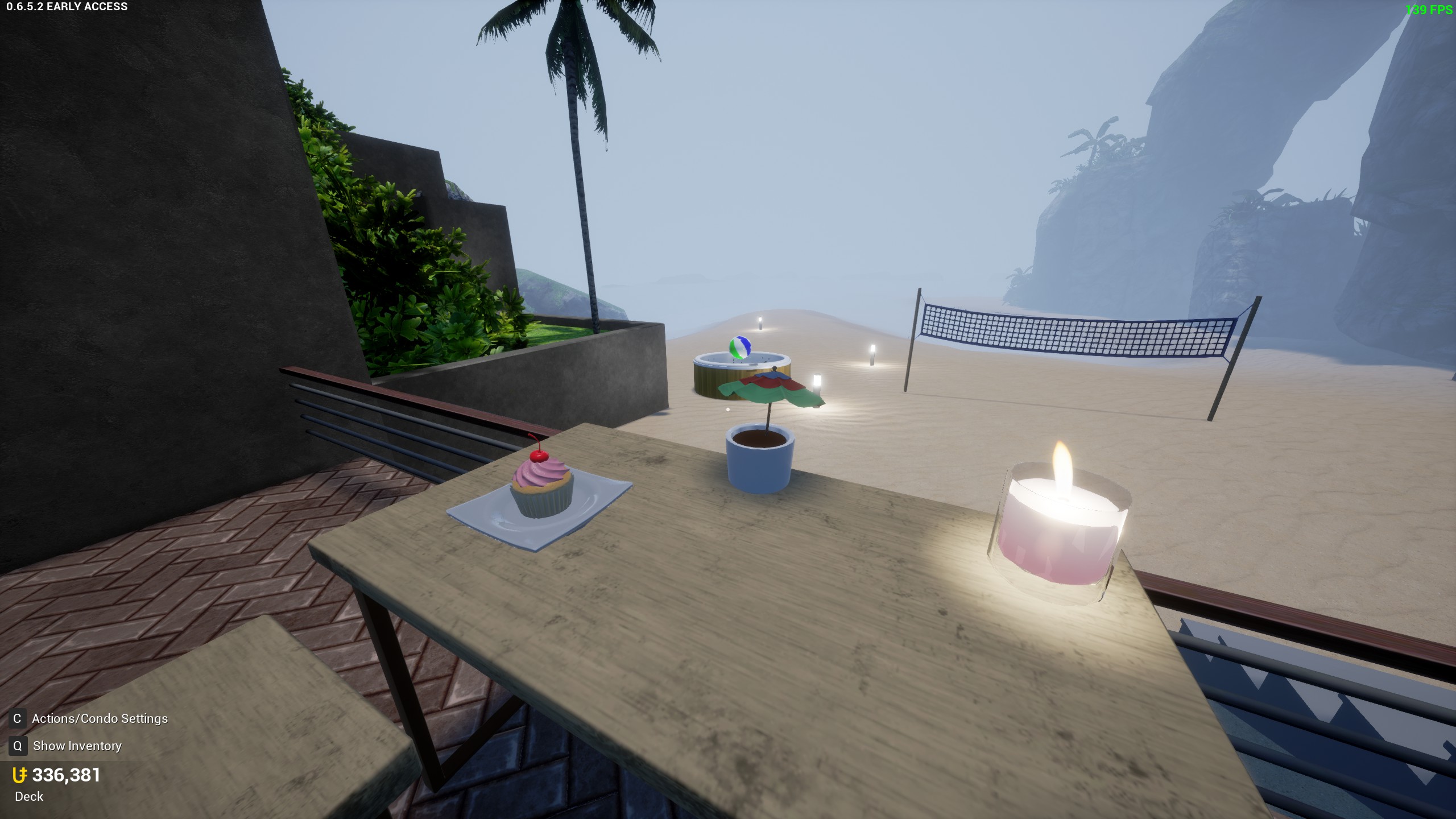